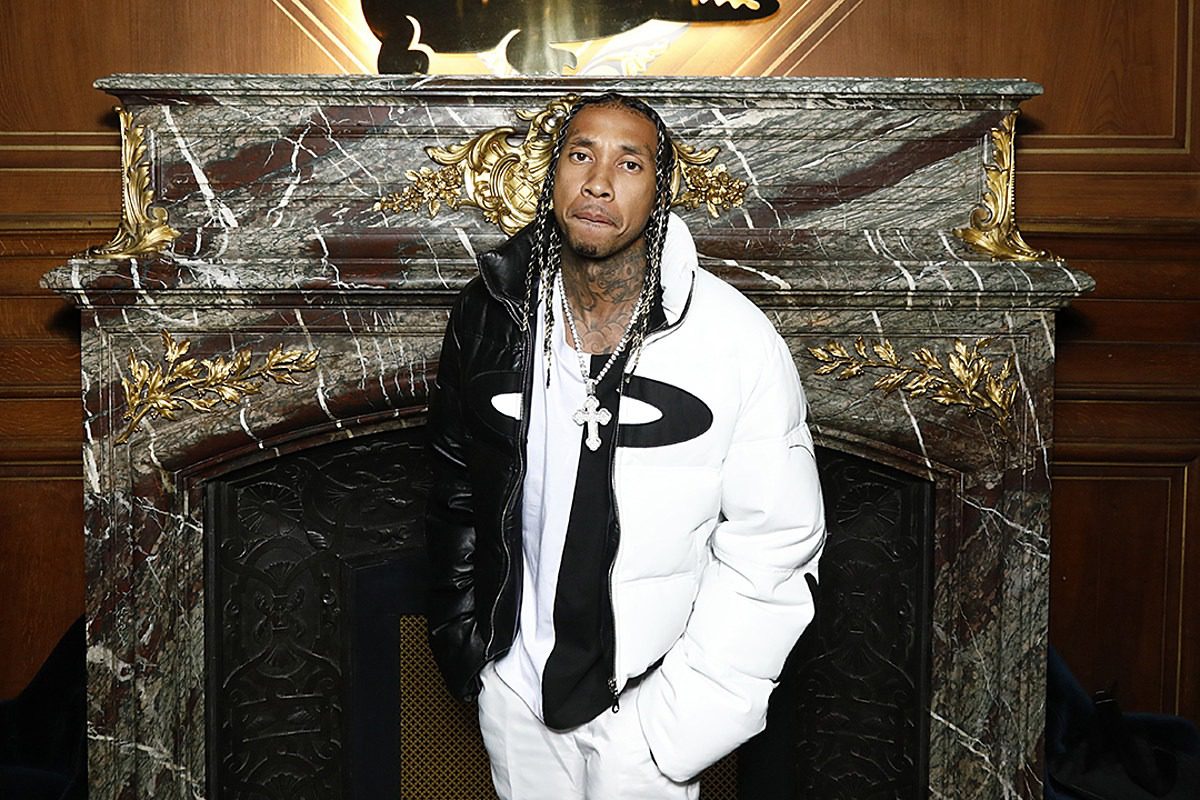 Tyga has reportedly been arrested after turning himself in to the Los Angeles Police Department following accusations of domestic violence against an ex-girlfriend.

According to report from TMZ on Tuesday (Oct. 12), the California-bred rapper, born Michael Ray Nguyen-Stevenson, has been taken into custody for felony domestic violence after he voluntarily surrendered himself to authorities following his ex-girlfriend, Camaryn Swanson, accusing him of harming her and bruising her eye. The attack allegedly transpired on Monday morning (Oct. 11) at the rapper's home.

Tyga's bail has been set for $50,000. As of reporting time, it's unclear if he has been released.

Sources close to Tyga reportedly claim that Camaryn arrived at his home around 3 a.m. on Monday and began acting belligerent at his front door. The "Mrs. Bubblegum" artist apparently let his ex-girlfriend in the home and the verbal dispute continued.

However, based on a text message exchange that allegedly took place between Tyga and Camaryn, a car was sent for someone presumed to be Camaryn by another person, assumed to be Tyga. This seemingly conflicts reports that Camaryn arrived at the home unannounced. Screenshots of the text messages do not indicate recipient or sender names, and were shared on Camaryn's Instagram account, and reposted by The Shade Room's Instagram account.

After the car arrived, according to the texts, crying emojis were sent, followed by a text that reads, "Hurts so much." A response message was sent, which reads, "I can't believe this is how it has to end. Honestly I'm so heart broken and didn't think you were ever capable to do this to me."

The screenshot of the exchange included the caption: "@tmz_tv i didn't show up 'screaming' or uninvited. when i tried to leave he physically assaulted me and refused to let me leave for hours."

Camaryn Swanson also shared a video via her Instagram Story of her eye injury and displayed the blood that was on the sleeve of her sweatshirt. On that clip, she wrote, "I'm so embarrassed and ashamed it had to get to this but I have to stand up for myself."

The Shade Room noted that after the former couple's argument, Camaryn's mother picked her up from the home and that appears to have been when the alleged call to police was made and the incident was reported to authorities.

It's unclear when Tyga and Camaryn Swanson began dating, but they were reportedly first spotted together at Disney World in February of this year. The two regularly shared photos and videos of one another on their respective social media accounts.

XXL has reached out to the LAPD and a rep for Tyga for a comment on this matter.

If you or someone you know is a victim of domestic violence, please call the National Domestic Violence Hotline at 800-799-7233, text START to 88788 or visit thehotline.org for additional resources.