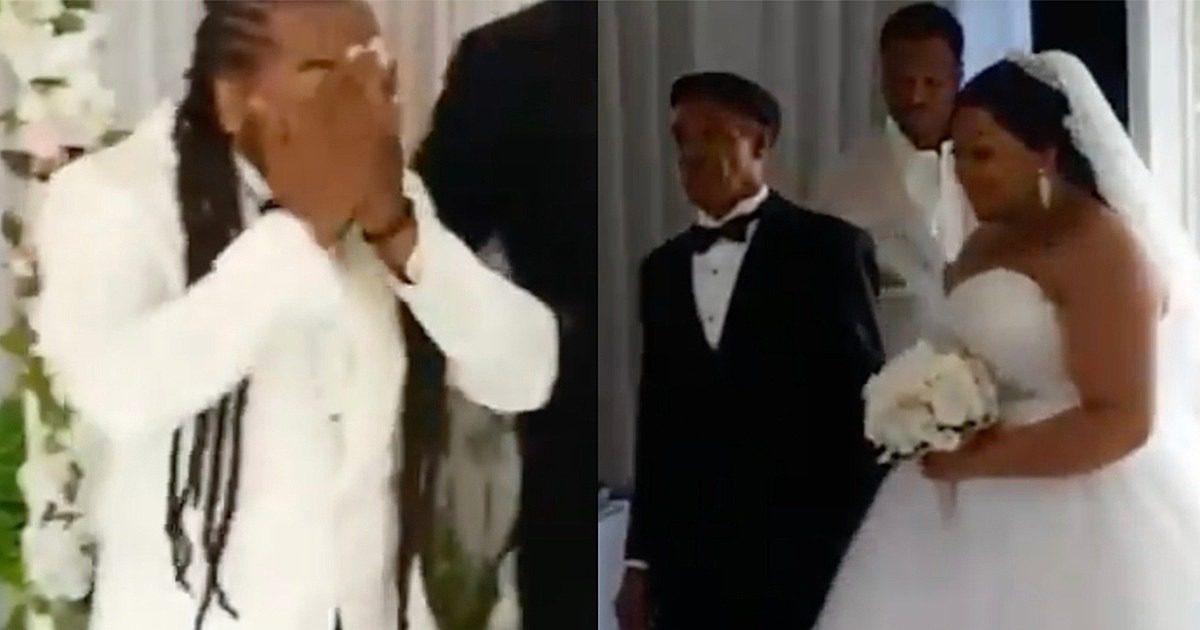 XXXTentacion’s father posted a beautiful video that will touch your hearts.

Last Tuesday (Oct. 26), X’s father, Dwayne Onfroy, hopped on his Instagram account and shared a video of his 2019 wedding ceremony to his now-wife, Yanique Onfroy, in celebration of their second wedding anniversary. Dwayne tied the knot with his wife a year after the death of his son who was fatally killed in an armed robbery attempt on June 18, 2018.

In the touching clip, Dwayne gets teary-eyed as XXXTentacion’s guitar-strumming tune “School Globes," which also features an unknown Lil Nas X cameo, is playing through the speakers as his soon-to-be wife is walking down the aisle.

"So on this day I was surprised by my wife choosing this song to honor me and Jahseh who had died a year prior," Dwayne wrote in the caption. "From my reaction the song came and started and THEN SHE WALKED INTO THE ROOM…"

It goes without saying that X’s father would loved to have his late son standing next to him as his groomsman on such a joyous occasion. Nevertheless, it shows that XXXTentacion is still in the hearts and minds of his surviving family.

Speaking of which, X’s mother, Cleopatra Bernard, shared some good news on her IG page today (Nov. 1). Bernard posted an image of herself and another woman posing next to a gigantic plaque signifying that X’s 2018 track “SAD!” has been certified diamond (10 million units sold) by the Recording Industry Association of America.

The posthumous achievement places XXXTentacion in the exclusive diamond club, along with Lil Nas X, Drake, Eminem and Wiz Khalifa.

You can listen to XXXTentacion’s song “School Globes" featuring Lil Nas X below.