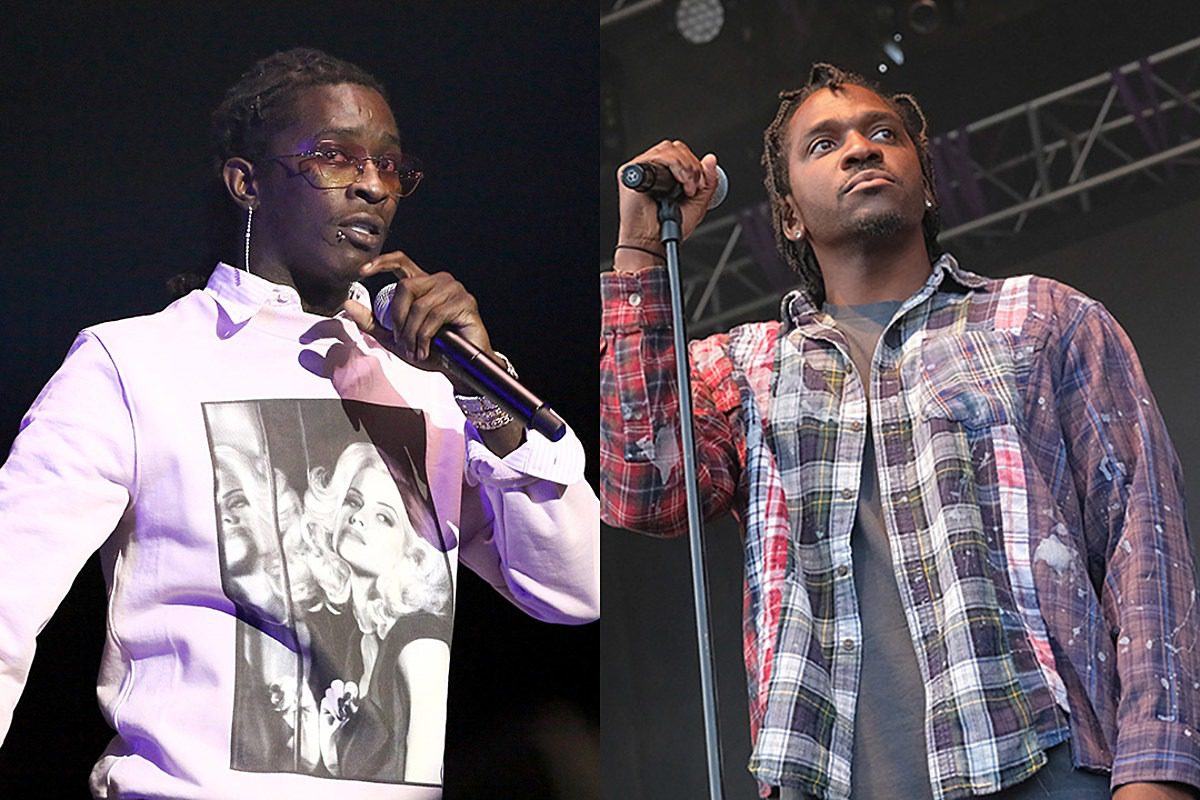 Young Thug has shared his thoughts on a leaked Pop Smoke record featuring him, Gunna and Pusha-T, in which the Virginia rapper appears to be reigniting his beef with Drake.

Early Tuesday morning (July 7), Thugger expressed his disapproval of the G.O.O.D. Music president's verse on the track called "Paranoia." "I don't respect the pusha t verse on the song with me and gunna cause I don't have nun to do with y'all beef nor does Gunna, and if I knew that was about him [Drake] I would've made changes on our behalf.. this rapper shit so gay," the ATL native wrote on his Instagram Story.

"Paranoia" began circulating on the internet over the weekend after Pop's posthumous debut album, Shoot for the Stars, Aim for the Moon, dropped on Friday (July 3). "You know reality bites/It's chess not checkers/Those empty threats only sound good on your records/If the patois is not followed by blocka/It's like marked for death Screwface, without the choppa/Let 'em rush the stage when you made like Sinatra," Pusha raps, presumably taking jabs at Drizzy's frequent use of the foreign dialect. He also appears to be referring to a 2018 incident when several men rushed the stage during his Daytona Tour stop in Toronto amid his beef with Aubrey.

King Push also references buying a crib in a city within close proximity of Drake's hometown. "Only to find the blade, flyin' back through LaGuardia/I might even buy a home out in Mississauga/On my walls, half scrawls of Tshabalala's/Many doors, that are sprawled, they my ill nana's/Make a call, she gon' crawl, Bad Gyal Patra/I'm involved then absolved, I am Godfather, hush," he spits.

Steven Victor, the head of the label Pop Smoke was signed to prior to his passing, Victor Victor Worldwide, confirmed the track and said it didn't make the cut for the album because of a glitch. He did, however, note that it'll be added to the late Brooklyn drill rapper's LP.

The height of Drake and Pusha-T's beef was in 2018 after Pusha dropped "The Story of Adidon," which exposed news of Drizzy being a father. Drake later called out Kanye West during an episode of LeBron James' The Shop, in which he blamed ’Ye for telling Pusha about his son.