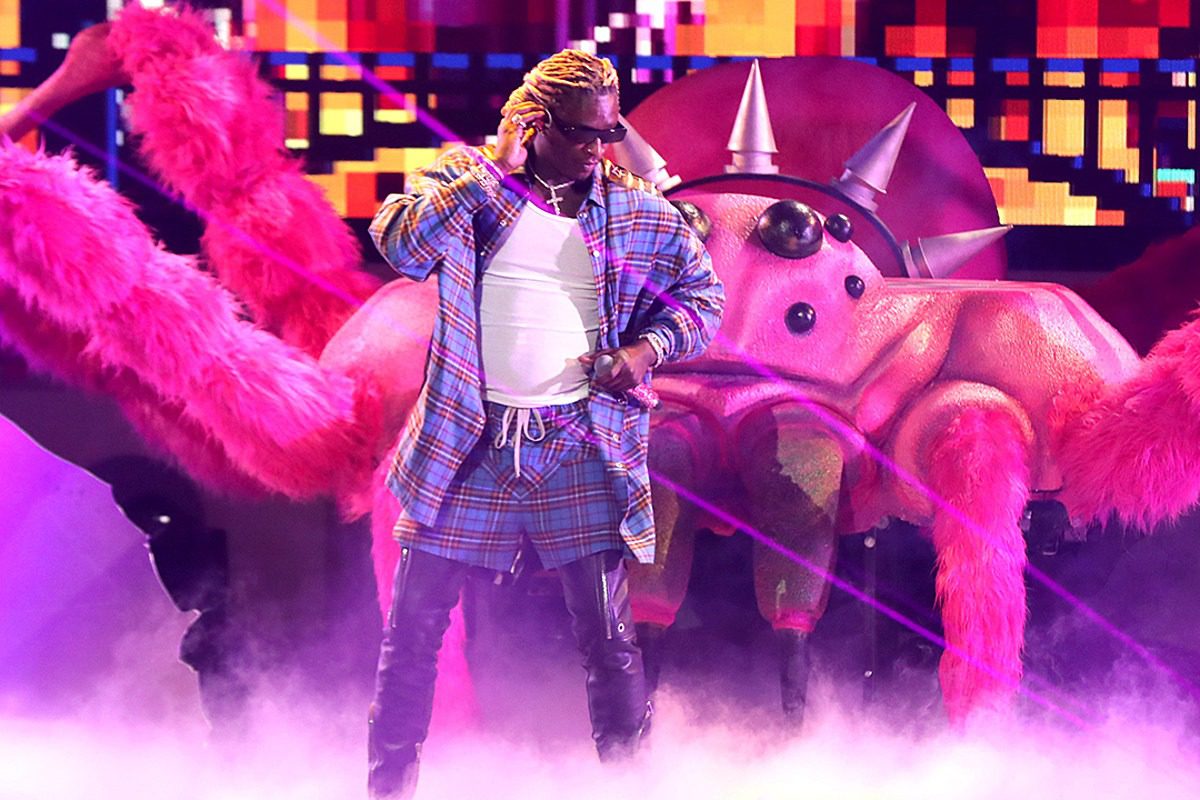 Slatt! Young Thug is back with a punk rock-influenced vibe in the form of his sophomore solo album, Punk.

On Friday (Oct. 15), following a slight delay, Thugger unleashed his latest masterpiece, Punk. The album, which was first announced over the summer during the rapper's NPR Tiny Desk performance, has arrived with 20 songs and a star-studded list of guest appearances from Drake, J. Cole, Travis Scott, Juice Wrld, Mac Miller, Future, Post Malone, Gunna and more. Prior to the LP's release, Thug dropped his single "Tick Tock," demolished a Rolls-Royce with his YSL artist and protégé Gunna and gave several Lyft drivers a free and early listen to the album.

Punk is Thugger's solo follow-up to his debut album, So Much Fun, which dropped in August of 2019.