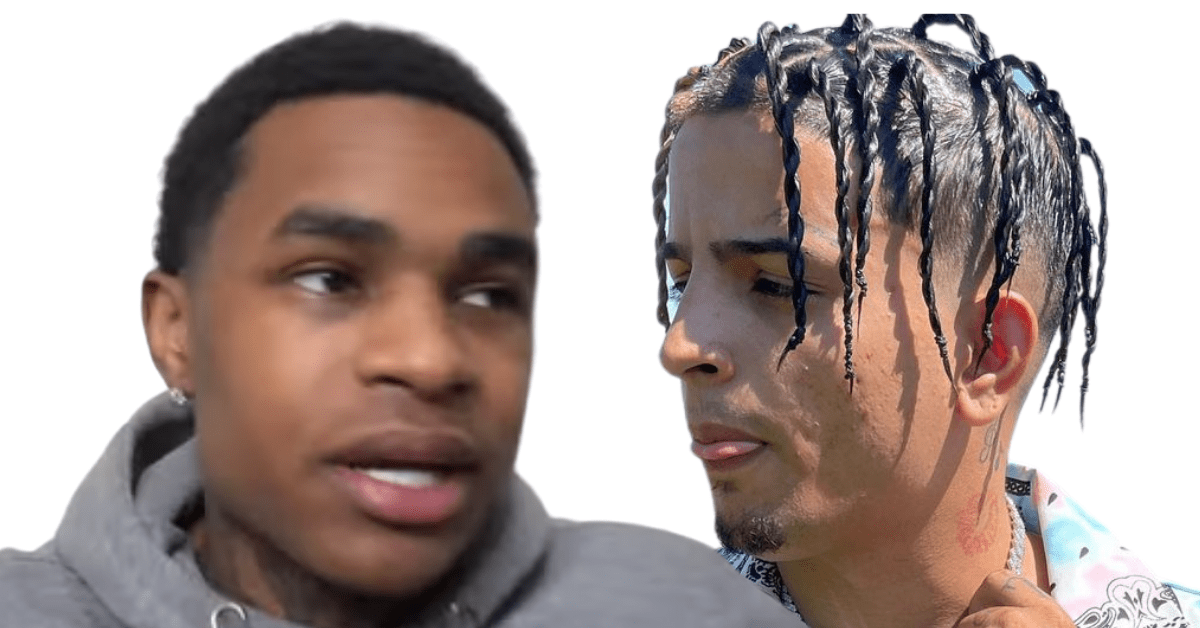 No guns. No knives. No jumping.

Just two men fighting like grown men … and one knocked on his behind after playing reindeer games on social media.

As the saying goes, the spoils go to the victor. Rapper Almighty Jay posted on his social media a video clip of him and Skinnyfromthe9 putting up their dukes to settle their differences.

The “Let Me Breathe” rapper posted on his Twitter and Instagram profiles the fight —kinda gloating over his knockout.

“N##### be on the internet with all that tough ass s### till they gotta see me in person,” wrote Jay on Twitter alongside the video. “@skinnyfromthe9 dropped him twice. NO JUMPING NO NONE OF
THAT.”

ALMIGHTY JAY
@ybnalmightyjay
Niggas be on the internet with all that tough ass shit till they gotta see me in person… @skinnyfromthe9 dropped him twice 😤 NO JUMPING NO NONE OF THAT https://t.co/6P6Y8Ii22Y

Exactly and an hour later, he followed up this tweet with a reply to a Skinny fan that called him “p####.”

The Skinny fan, whose Twitter handle was @415Es and went by the name Christian, wrote on July 1, “@ybnalmightyjay p#### that’s why he don’t want to fight that n#### @skinnyfromthe9. If he really a snitch then knock his ass out bruh…you from da hood you gotta obligation… didn’t you get your ass rocked in a mall too tho”

To which the Galveston rapper replied, “This didn’t age well” with the crying emojis.

This seems to be a downer for Skinny who was having a great week prior.

It was announced over the weekend that he would be signing with the hitmaker Soulja Boy.

He posted on his IG, “SKINNY SODMG 🔥🔥🔥 yo @souljaboy you really my brother 4 life ima make you proud thank you for the opportunity @sodmgrecordsllc pluged in w the right people @stephenbelafonte1 @_bgbop 🙏🏻 @squeezebanzz bro 4 life & free @joshwthe9 💯💯 @jaylepatron my big bro 4 real we up
now”

Some say that the “Sturdy” rapper had it coming to him. He kept posting on his social media that Jay was a rat and a punk. That alone in some hoods would get you knocked the fluck
out.