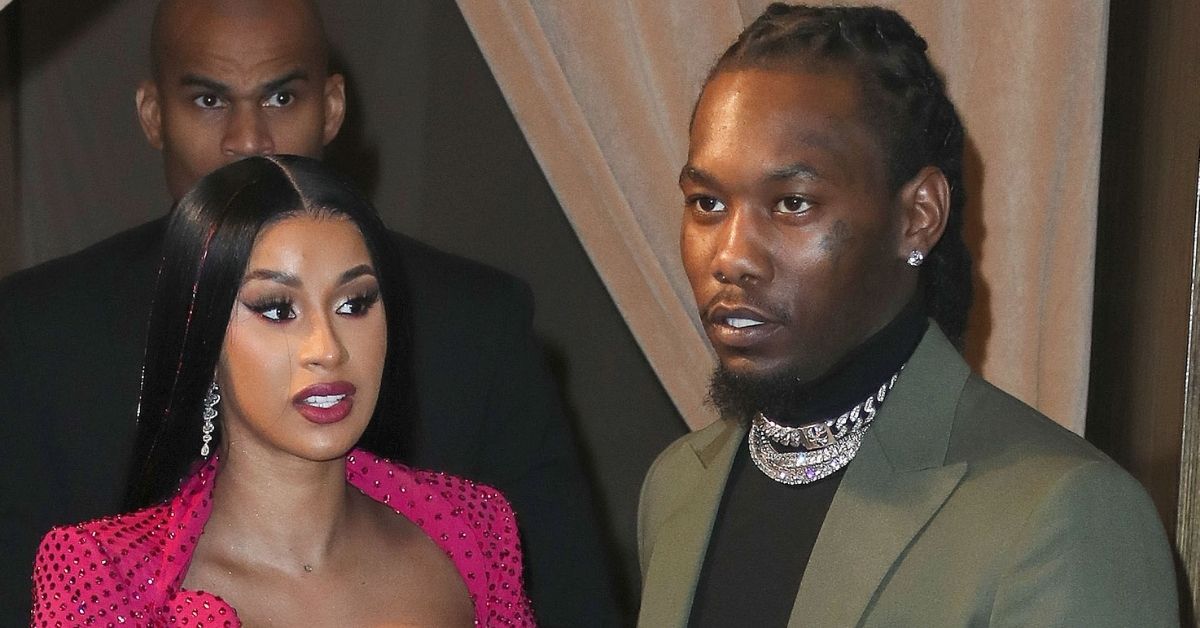 That is apparently the way the destructive storm was moving, causing just as many problems for your favorite rap stars as she cause to the homies in the hood. Don’t believe it? Just ask Cardi B.

After the storm hit the south, the “WAP” rapper took to social media to share with her fans that she and her family were impacted by flooding.

Wednesday night, she hopped on her Instagram Story to show the puddles of water in her $5.5 million Atlanta home.

She captioned the story, ‘Storm is no joke.’

CB2 IS COMING‼️😤👠🐝
@01beysmoke
@iamcardib SORRY YOURE GOING THROUGH THIS BABES ESPECIALLY WHILE PREGNANT. SENDING PRAYERS TO ALL EFFECTED BY THIS STORM. https://t.co/nzTyZiCwCH 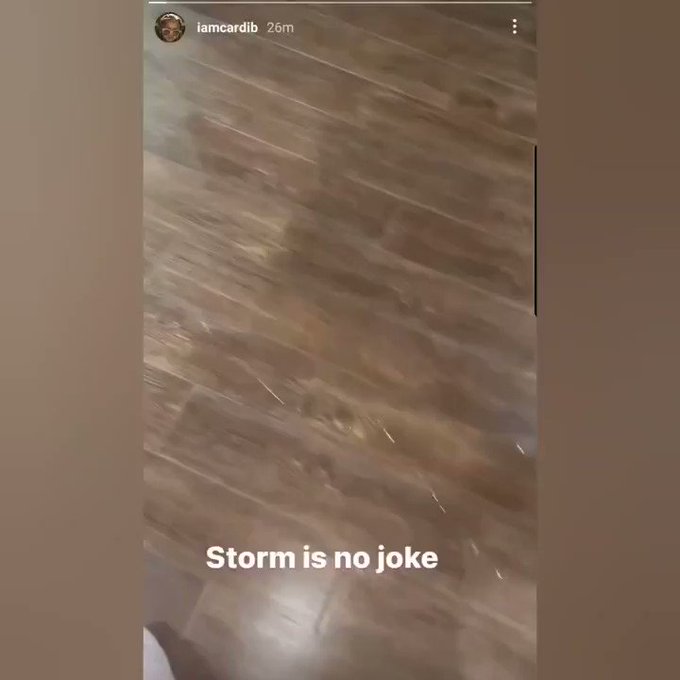 You could hear signature voice exclaim, “What the fk, yo. This is so fking wack!”

As she walks through the hardwood hallways, you can hear her lament, “Oh my God, it’s starting to stink.”

While we know that this is no joke, the world is a little shocked since we all know that Cardi ain’t afraid to get wet* (Smooth transition to her sexually-tinged music)*.

Many suspect that the chart-topper will link with Megan thee Stallion to mop up the competition and perform their hit song, “WAP (Wet #ss P##sy)” at the MTV Video Music Awards on September 12.

“Looks can be deceiving but not in this case! @iamcardib featuring #megantheestallion “WAP” is predicted to take the world by storm at the @MTV Video Music Awards, video of the year category. Check out the latest predictions here https://bit.ly/3ykFsGG.”

Gold Derby
@GoldDerby
Looks can be deceiving but not in this case!

@iamcardib featuring #megantheestallion "WAP" is predicted to take the world by storm at the @MTV Video Music Awards, video of the year category. Check out the latest predictions here https://t.co/tvG7SnMv2e. https://t.co/x74Q6YbPnM

Hopefully, there won’t be another storm that will detract from the show.

Atlanta was hit pretty bad by Hurricane Ida but so was the rest of the East Coast. According to The New York Times, at least nine people are dead and. New York and New Jersey have declared states of emergency.

The Associated Press reports that areas within the state of Louisiana are troubled by “a lack of water, flooded neighborhoods and severely damaged homes” days after the storm touched down.

USA Today says that Hurricane Ida is tied for the fifth-strongest hurricane to ever hit America, just as The National Hurricane Center announces another storm named “Larry” hitting on Thursday night. Larry will be the 12th big storm of the season. The Atlantic hurricane season started on Tuesday, June 1, and ends on Tuesday, November 30.