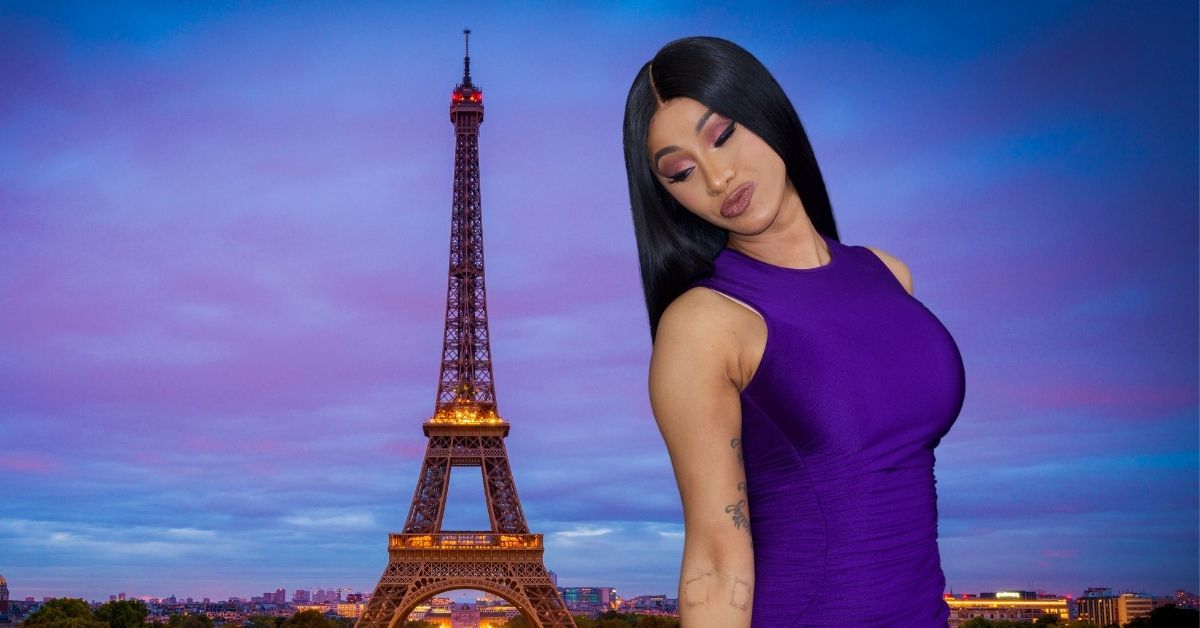 Cardi B has been dubbed the “Queen of Paris Fashion Week,” but her triumphant return to the French capital could end up costing her money.

The man Cardi is battling over a stolen back tattoo is asking a judge to sanction the rap star, claiming she misled the court – under oath.

Kevin Michael Brophy is suing Cardi B for $5 million, claiming she swiped his distinctive back tattoo of a tiger and used it on the cover of her mixtape “Gangsta B#### Chronicles Vol. 1.”

On September 8th, after years of wrangling, the judge overseeing the case set a trial date for October 26th, 2021. However, Cardi convinced the judge to push the trial back until February 1st, 2022, since she gave birth to a precious baby boy on September 4th.

Cardi said she was concerned about catching COVID if she was forced to travel through airports and stay in a hotel in California to fight the allegations, so soon after giving birth.

However, two weeks after she filed her sworn declaration, Cardi B was spotted in Paris at Paris Fashion Week at numerous high-profile events.

Cardi B, born Belcalis Almanzar, garnered praise in the fashion world for her head-turning outfits. She attended Thierry Mugler”s exhibit, visited Balenciaga’s offices, and had a date night with her husband Offset under the Eiffel Tower.

“Her trip to Paris was documented in a steady stream of photos on social media and a variety of media publications showing off her fitted designer dresses at multiple public events,” Kevin Michael Brophy’s lawyer Lawrence Conlan snapped.

“There is no reasonable explanation for Ms. Almanzar to suggest that she could not, and would not, leave New York because she needed to be with her children and that it was not safe for her to be in public places, only for her to appear two weeks later in Paris in multiple designer looks at extravagant events amongst crowds of people, at public parties and dinners,” Conlan quipped.

Kevin Michael Murphy claims he has been prejudiced by the unwarranted delay of the trial since “Gangsta B#### Chronicles Vol. 1” continues to be marketed and sold – while earning royalties – off his back – literally.

Kevin Michael Murphy’s lawyer says it is unlikely that Cardi B did not know she would be attending Paris Fashion Week when she filed her declaration under oath, requesting to delay the trial.

Kevin Michael Brophy is asking the judge to sanction Cardi B by setting the trial date for December 2021, or in the extreme scenario, entering into a default judgment against the fashionable rap star.