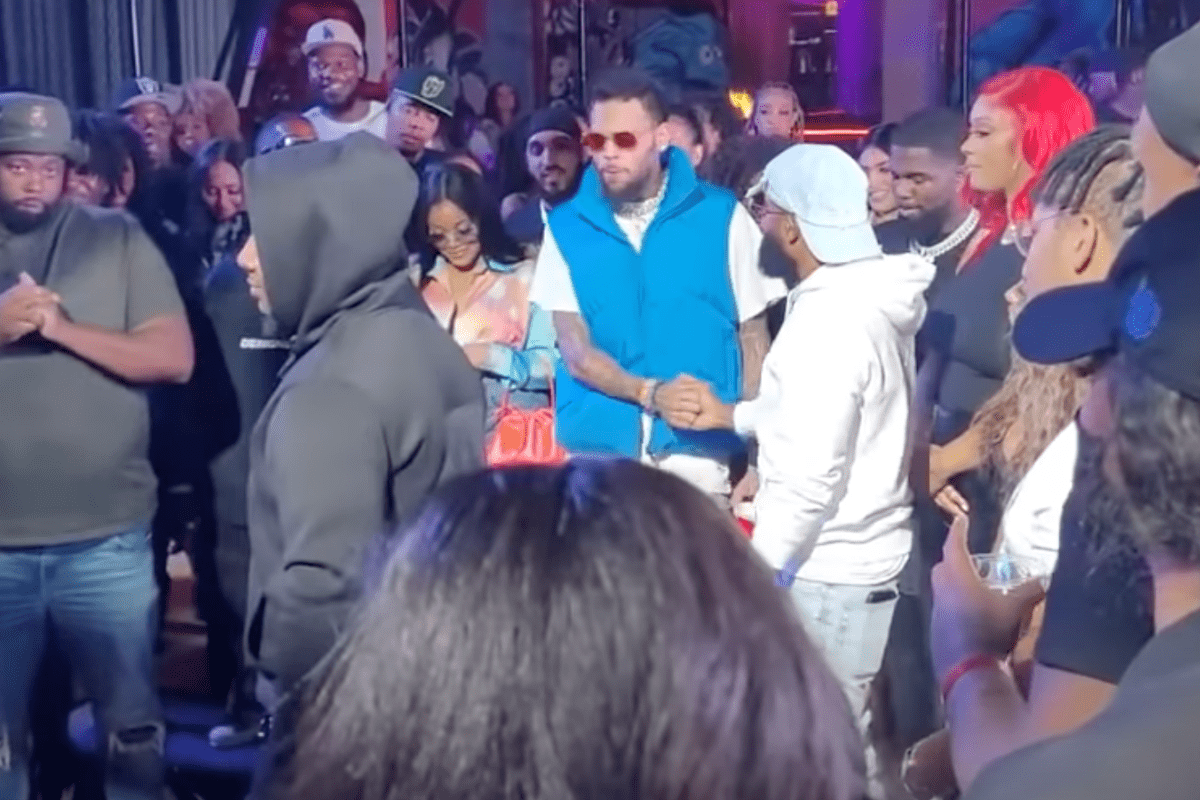 URL promised that October would be huge for battle rap and with the announcement of the Drake card, “Til Death Do Us Part, it doesn’t get much bigger than that. Or does it?

It does when you are the worldwide leaders of the emcee battle culture. How do you top the Drake card? You pull up to Chris Brown’s home and have a couple of battles there!

R&B superstar Chris Brown hosted the battles and was front and center throughout the, alongside URL’s Smack White and URL Princess, Nunu Nellz. He stepped up to do the coin flips to determine who would start the first battle and said what the URL.TV movement is doing for the culture is crazy.

Lu Castro and Fonz are two of the newer stars on the URL roster. Both emcees had their breakout year following appearances in the first Ultimate Madness Tournament in the summer of 2020.

Fonz took to Instagram Live after the battle and Smack gave him his flowers.

Battle rap icon, Tsu Surf was in attendance and took to Twitter with a few updates.

Battle Rap Trap‘s DI Da Hennyman was in media mode and posted the intro to the battle as well as some behind the scenes footage from Breezy’s crib.

The battle between the legendary Charlie Clips and young Gawd Chess had already been announced, though fans were unaware it would be going down at C Breezy’s house!

Battle Rap media outlet OTFMZ uploaded a couple of snippets from the battle and from the looks of it, Clips and Chess were going in!!

OVO X URL ‘Til Death Do Us Part

URL continue their mission to push the envelope, putting on quality battles of the highest levels with “Til Death Do Us Part, tonight Saturday, October 30. URL co-founder Smack White said the event will shift the culture and, “is going to be the biggest event ever witnessed in battle rap history, bigger even than Summer Madness 2.”

The event is a collaboration with OVO superstar, Drake, someone who has a longstanding commitment to battle rap. As Smack said, “Drake isn’t just a casual battle rap fan and has been a supporter behind the URL movement for years. Over the last 20 months, he’s helped our brand grow by facilitating our partnership with Caffeine, which allows us to stream our premium content for free to our fanbase.”

Drake personally hand-picked the matches on the card, and some of his personal favorites are represented. Watch the trailer below in anticipation for what could well be, the biggest ever event in battle rap history!

The two surprise battles held at Chris Brown’s crib are set to be streamed on Caffeine.tv on Sunday, November 2.

Tickets for Drake’s Til Death Do Us Part are available here. Fans can stream the show for free this Saturday at 6 p.m. Eastern via caf.tv/urltv.