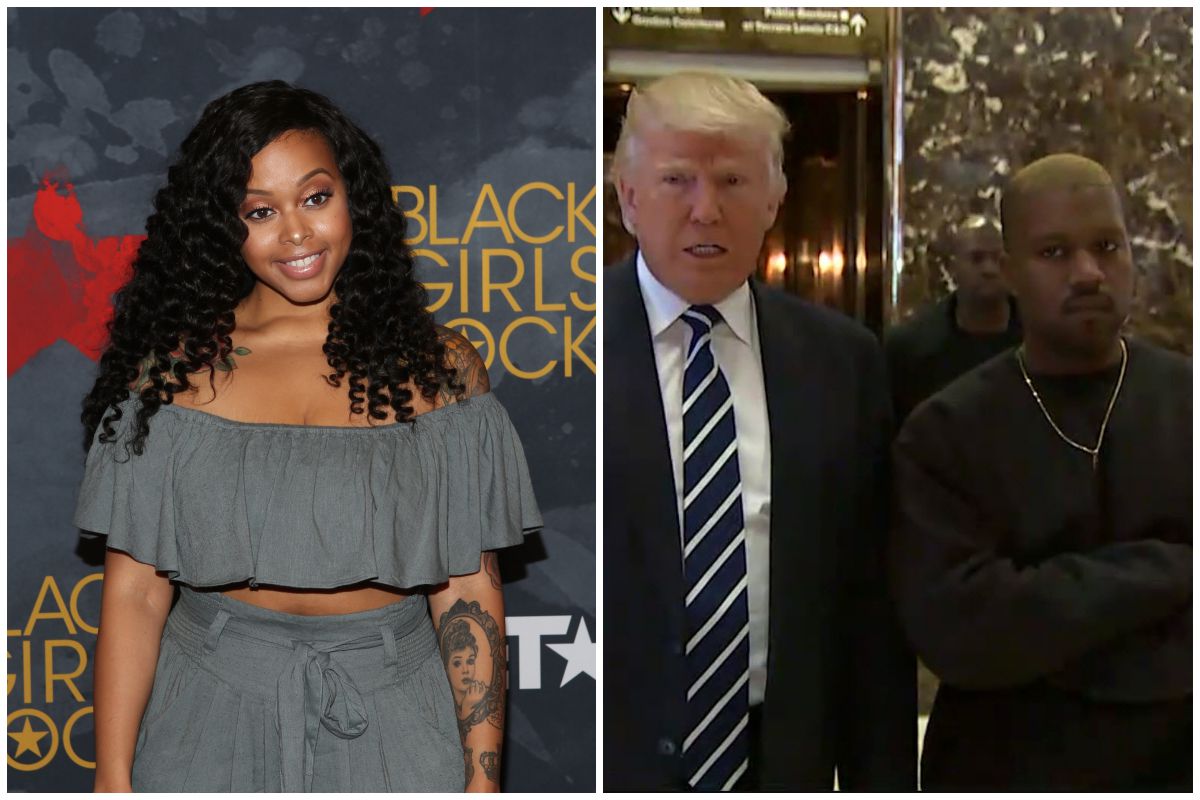 Chrisette Michele was one of the earliest Black entertainers to face condemnation for her association with Donald Trump. Even though Michele later stated she did not vote for Trump in 2016, her decision to sing at the newly elected president’s 2017 inauguration caused some of her followers to “cancel” the Grammy winner.

In contrast, Chrisette Michele has not released an official album since 2018’s Out of Control. That independent release failed to make it onto the Billboard 200 rankings. 2016’s Milestone is the last Chrisette Michele album to chart when it peaked at #74.

Chrisette Michele took the conversation about cancelation to Instagram. The New York-born singer-songwriter posted a tweet by self-described culture critic Jawn Murray on her IG page.

Jawn Murray advocated that it was time to “uncancel” Michele since the “Blame It on Me” songstress “never disrespected our history/ancestors, didn’t rock a MAGA hat, and never ran a covert campaign to sway an election!”

Kanye West was slammed for suggesting chattel slavery in America was a choice, referring to Donald Trump as a father figure during a White House meeting, running a presidential campaign that was reportedly designed to take votes away from Democratic candidate Joe Biden, and other antics related to the divisive 45th POTUS.

Chrisette Michele responded to Jawn Murray’s call for her to be accepted by the general public once again. The Epiphany album creator wrote on Instagram:

I always wonder how to respond to this question. It’s actually the reason I don’t do interviews anymore. Being compared to Kanye & Travis for the last 5 years. Watching them soar into the highest realms of stardom. Waiting on Gods hand to show me exactly what my story will look like. I’ve made a choice to stay full of gratitude and master peace, but today, this post has inspired me to allow the energy of comparison to enter my feed. I think most of the comments are well-intended and I’m not really attached to the results of the conversation. But it is an interesting topic. Kanye endorsed him, Travis sang with me, and… time unfolded. What do YOU think history has proven in this tale? What did you think 5 years ago? What do you think today? Would you release new music if you were me? What would you sing about? Who would you sing to? Why? What does my role as FEMALE play in this story? What about my role as Christian? How about my role as it compares to Kanye & Travis?