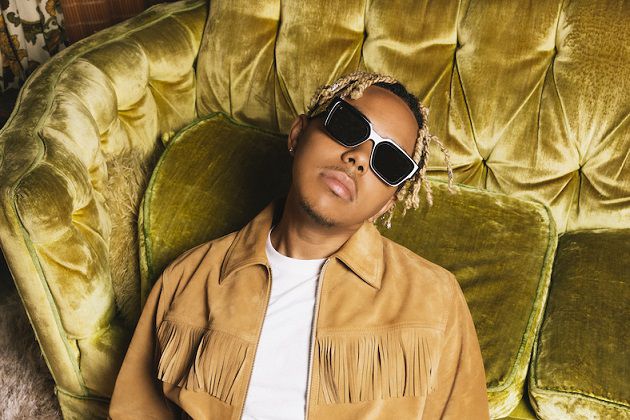 Hip Hop legends Lil Wayne and Eminem joined forces on memorable songs such as “No Love,” “Drop The World,” and “Forever.” Rising rap star Cordae wanted to reunite Weezy and Slim Shady on his new album.

Cordae spoke to Ebro Darden on Apple Music 1 about topics related to From a Birds Eye View. The 24-year-old, Maryland-raised emcee mentioned “Sinister” was nearly a three-man collaboration.

“When I made ‘Parables,’ I knew Eminem’s vocal tone would sound good on that because the beat is like that airy vibe on some Slim Shady, Marshall Mathers LP sort of vibe. So I knew his vocal tone would thrive on that,” said Cordae. “With ‘Sinister,’ that really wasn’t even going to be an album cut. But Wayne accented that, he brought that record up, honestly. So I just want to make the best music possible, versus like, ‘Okay, I got Em on this, let me redo my verse, let me redo this verse because I got Wayne on it.'”

Cordae continued, “Like no, I like how I introed it in. It threw the between the leg alley-oop for bro to windmill slam dunk it. Funny enough, I was going to put Eminem on ‘Sinister’ as well. It was going to be Wayne and Eminem all on ‘Sinister.'”

Ultimately, Cordae went with having “Sinister” only feature Lil Wayne. Meanwhile, Eminem showed up on the From a Birds Eye View track titled “Parables (Remix).” Cordae expounded on why he decided against putting both rap icons together again.

“Just for all the Hollywood glitz and glam, it would’ve been cool because it’s Wayne and Em on the same track,” stated Cordae. “I know how Drake did it on ‘Forever,’ and I was just like, ‘Yo, that’s just a flex move of putting Wayne and Em on the same record.’ Nobody’s done this since Drake did it on ‘Forever.’ I’m kind of just showing my muscle. But it wouldn’t have been the proper record, if that makes sense.”