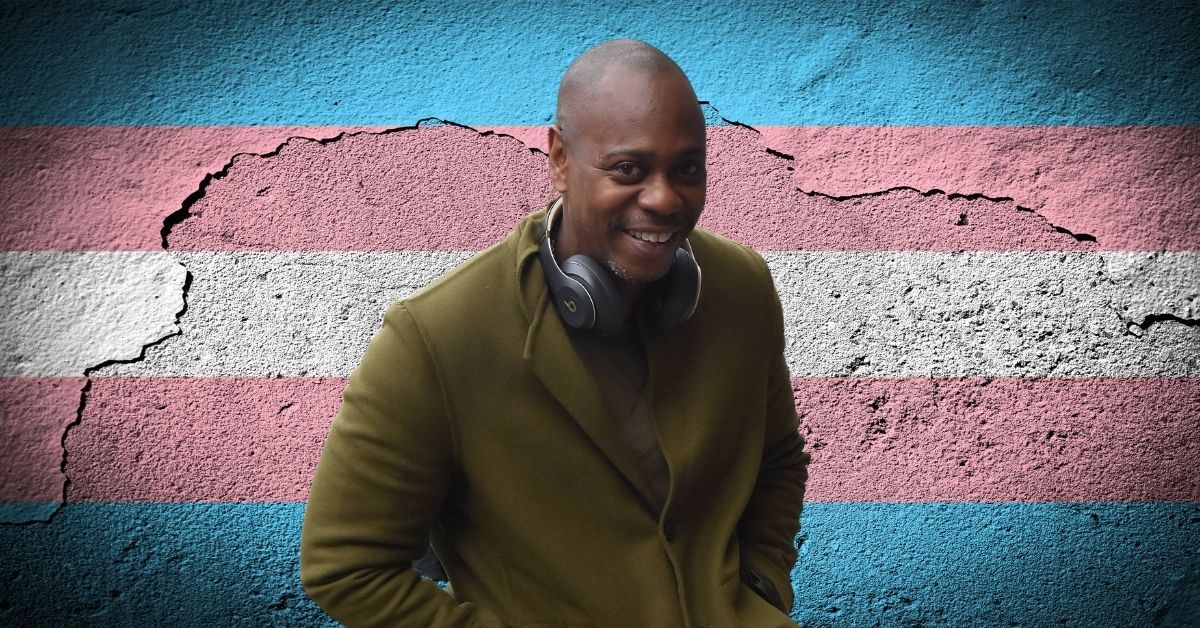 Dave Chappelle is open to meeting with members of the transgender community.

The award-winning comic addressed his controversial Netflix special The Closer at an event in Nashville on Sunday. Dave Chappelle shared an Instagram clip from his set, which featured him saying he’d talk to his transgender critics under certain conditions.

“It’s been said in the press that I was invited to speak with transgender employees at Netflix and I refused,” he said. “That is not true. If they had invited me, I would’ve accepted, although I am confused about what we’re speaking about.”

He continued, “I said what I said and boy, I heard what you said. My god, how could I not? You said you wanted a safe working environment at Netflix. Well, it seems like I’m the only one who can’t go to the office anymore.”

Dave Chappelle claimed the media has wrongly framed the controversy. He insisted he’s not at odds with the LGBT+ community despite making transphobic remarks in The Closer.

“I want everyone in this audience to know that even though the media frames it as though it’s me versus that community, that’s not what it is,” he told the crowd. “Do not blame the LBGTQ community for any of this s###. This has nothing to do with them. It’s about corporate interest and what I can say and what I cannot say.”

He added, “For the record – and I need you to know this – everyone I know from that community has been nothing but loving and supportive. So, I don’t know what all this nonsense is about.”

Dave Chappelle, who said he’s been disinvited from film festivals due to The Closer backlash, then spoke about a potential meeting with the transgender community. Although he was willing to have a conversation with his critics, he wanted it to happen on his terms.

He declared, “First of all, you cannot come if you have not watched my special from beginning to end. You must come to a place of my choosing at a time of my choosing. And thirdly, you must admit that Hannah Gadsby is not funny.”

Hannah Gadsby, an Australian comedian who’s released two specials with Netflix, criticized the streaming service’s co-CEO Ted Sarandos for mentioning her in his defense of Dave Chappelle. She referred to Netflix as an “amoral algorithm.”