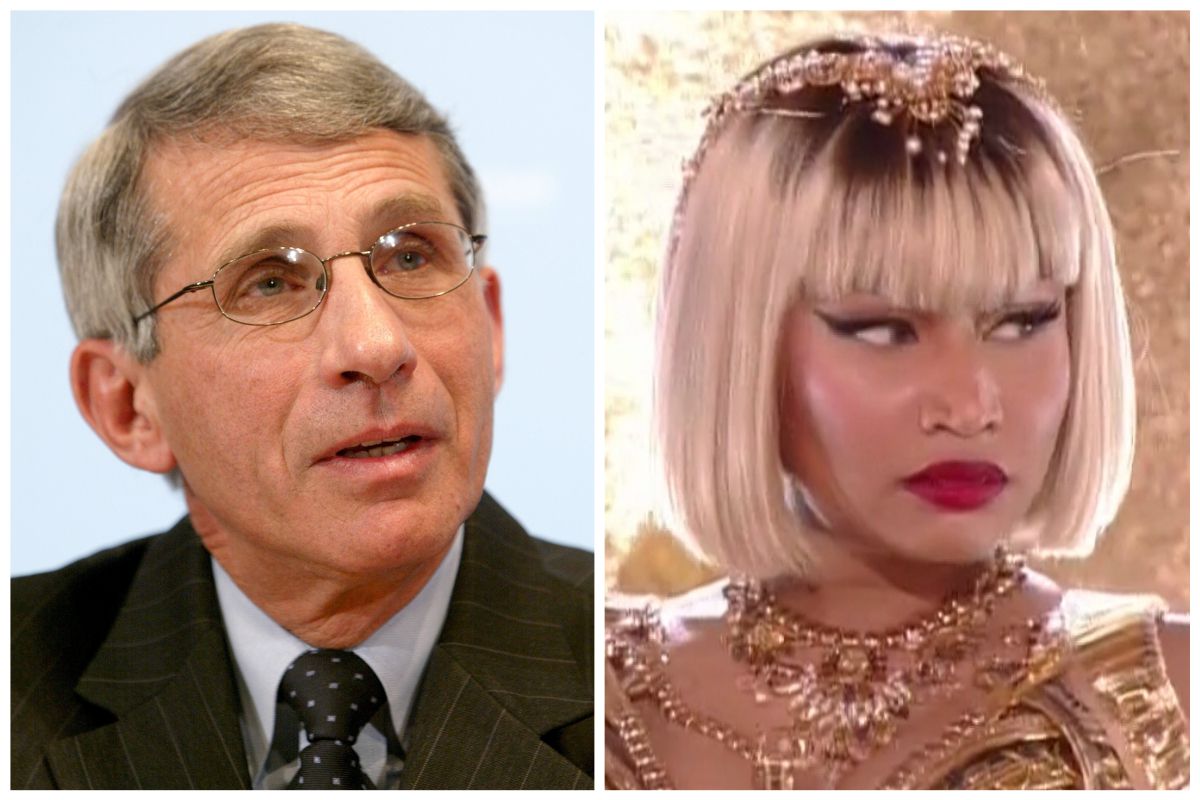 Nicki Minaj may not be a medical professional but her thoughts on the COVID-19 vaccine became mainstream news this week. The “Starships” rapper’s recent tweets had a lot of people scratching their heads which eventually led to Dr. Anthony Fauci responding to Minaj.

“My cousin in Trinidad won’t get the vaccine cuz his friend got it & became impotent. His testicles became swollen. His friend was weeks away from getting married, now the girl called off the wedding. So just pray on it & make sure you’re comfortable with ur decision, not bullied,” posted Minaj on Monday.

Nicki Minaj’s story about her cousin’s friend getting the vaccine and then having reproductive issues was brought up on CNN. The Lead‘s Jake Tapper asked Chief Medical Advisor to the President Dr. Anthony Fauci if that scenario was based on scientific fact.

“The answer to that, Jake, is a resounding no,” said Dr. Fauci. “There’s no evidence that it happens nor is there any mechanistic reason to imagine that it would happen. So the answer to your question is no.”

While Nicki Minaj’s claims that the COVID-19 vaccine could cause impotence in men were debunked by Joy Reid, Dr. Anthony Fauci, and many others, the 38-year-old entertainer did receive backing from far-right pundits like Tucker Carlson and Candace Owens.

There has also been speculation that Nicki Minaj chose to focus on the COVID-19 vaccine this week as a way to distract the public from news of a serious pending lawsuit. Jennifer Hough is suing Nicki Minaj and her partner Kenneth Petty for harassment and intimidation.

Kenneth Petty was convicted of attempting to rape Jennifer Hough in 1995. Hough alleges the couple has been tormenting her in order to get the private citizen to recant her statement about the sexual assault. Petty recently pled guilty to failing to register as a sex offender in the state of California.