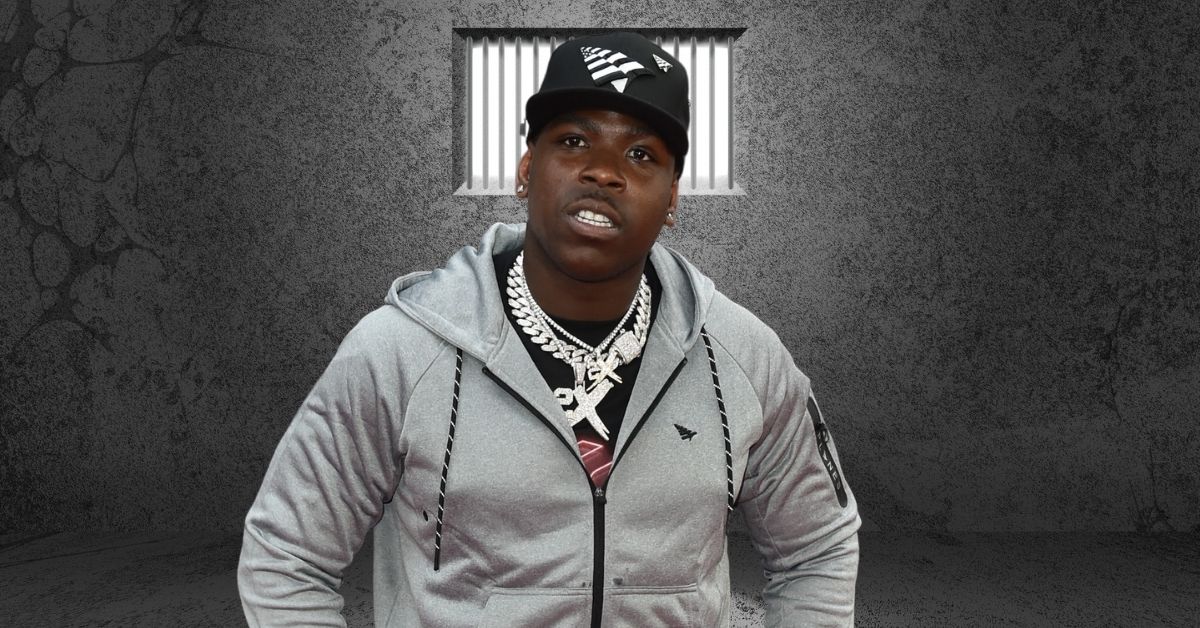 Rapper Casanova was just handed more bad news as he sits in jail for racketeering with the Untouchable Gorilla Stone Nation.

Casanova was arrested in December of 2020 and charged with conspiracy to commit racketeering, conspiracy to distribute controlled substances, and possession of a firearm in furtherance of a drug trafficking crime.

Unfortunately, a grand jury has returned a new superseding indictment accused the rapper of more crimes.

Casanova has been charged with an incident on October 24th, 2020, in Miami, Florida, in front of a popular strip club. The rapper was in front of the King of Diamonds nightclub when he argued with a rival member of the Crips.

The Crip gang member took issue with Casanova flashing gang signs as he took pictures with fans. He yelled to the rap star, “yo homie, wrong sign.”

An associate with Casanova named Jarrett “Jayecee” Chrisler Jr. drew a gun and shot two people during the altercation.

The gang member was shot in the stomach, and another person was hit by gunfire. Both were airlifted to a local hospital and treated for their bullet wounds.

To make the case more complicated for Casanova, prosecutors seized Chrisler’s phone and caught him bragging about the shooting to another associate.

Casanova put together a $2,500,000 million package in a motion for bond, but the allegations of his involvement in the double shooting with Chrisler ruined his chance at freedom.

And now Casanova is officially facing prison time for the shooting in Miami.

The Feds charged Casanova and Chrisler with attempted murder and assault with a dangerous weapon in aid of racketeering.

The grand jury also charged Casanova and a co-defendant named DeShawn “Don” Thomas for another violent quarrel on July 5th, 2020.

According to the indictment, the pair assaulted an individual with a dangerous weapon in New York, and they also shot at rival gang members in Miami during another unrelated incident.

Casanova and Thomas are charged with assault with a dangerous weapon in aid of racketeering.

Members of the Untouchable Gorilla Stone Nation have been charged with murder, distributing hundreds of kilos of marijuana, 5 kilos of cocaine, 1 kilo of heroin, and more than 280 grams of crack cocaine.

One member, Brandon Soto, is eligible for the death penalty for his role in shooting and killing an underage teenager in Poughkeepsie, New York.

Casanova has pleaded not guilty to the crimes and maintains he is being prosecuted simply for the company he kept.

“Mr. Senior’s persona as a rap artist is not his personal persona… after seeking to debunk our claim that Mr. Senior is being prosecuted based on his career as a rap artist, the government submitted a post of a weapon with the caption ‘Gripped Up.’ ‘Gripped Up’ is a rap song that was recorded by Mr. Senior days prior to the posting.”

He wrote: “MIGHT DIE IN HERE BUT ALWAYS REMEMBER WHATS ‘GANGSTA’ CAUSE THIS JAIL S### AINT “GANGSTA’ AT ALL HOPE YOU YOUNG N##### BEAT THE ODDS.”

Casanova faces a minimum of 15 years and a maximum of life in prison if he is convicted.