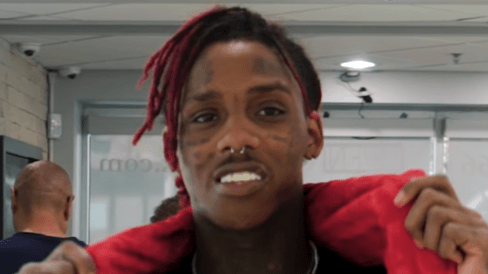 Rapper Famous Dex has been convicted of domestic abuse and will now do time at the Men’s Central jail in Los Angeles for his crime.  A police report made public last week shares details about his sentencing made by a judge on Sept 1. However, by September 12, he was released.

According to DJ Akademiks, a popular Hip-Hop influencer, Dex was not only arrested for domestic violence, but also for gun possession linked to incidents that transpired in March and June. Ak’s sourced the news from an official police report. This news comes right on the heels of his new album’s release around the 2021 Thanksgiving holiday.

However, after last year’s project Diana going double wood and the plethora of other legal woes related to his woman beating ways, he needs this new joint to make news.

In 2020 alone, the Chicago native was arrested for inflicting corporal injury domestic violence, threatening a domestic partner, exhibiting a firearm, inflicting bodily injury, dissuading a victim from reporting a crime, defacing property, illegal possession of a firearm, and violating a protection order.

The “Pick It Up” rapper, signed to Rich the Kidd and 300 Records, is not only plagued by his reputation of violence but also his history of drug abuse.

Akademiks’ also revealed that the “Japan” rapper was let out after a few days due to “overcrowding.”