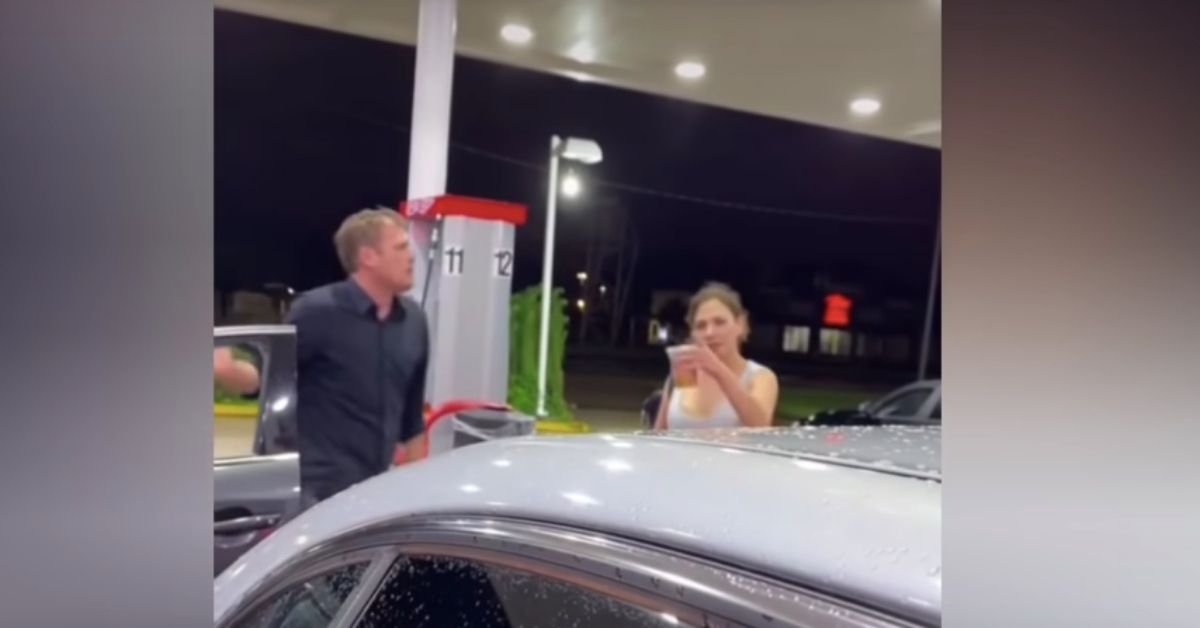 Just when you think that the Karen phenomenon was toning down, another video pops up showing a craze white woman racially profiling harmless Black folk.

This time, the white woman got checked by the most unlikely source — her white man.

Imagine going to the gas station to pump gas and out of the blue you see a drunk white couple arguing.

Because you are petty, you start filming the conflict (after all that’s what smartphones are for). Then once spotted, you and your party (who happens to be Black) become the center of attention.

And the white woman redirects her attention from her man, the one that she is loudly berating, and launches in on your man, who is politely pumping the gas (unlike you … you are recording her meltdown).

Next thing you know … her man is defending you two.

That’s exactly what happened to Nikki Harbor and her boyfriend, Isaac.

In an interview with TMZ, Harbor detailed the entire ordeal and explains why she recorded the Karen — whose real name is Erin.

In the initial video labeled “Pt. 2 Get in the car Erin” the man (said to be her husband) is telling the woman, “you are about to get your #ss beat, Erin.”

After repeating that a few times, she mumbles something about knowing Isaac. The man jumps in her face and says, “He don’t know you. You don’t know him.”

Still, the Gas Station Karen insisted that not only did she know Isaac, but that he was a crack dealer.

Hopefully, this story is not developing.