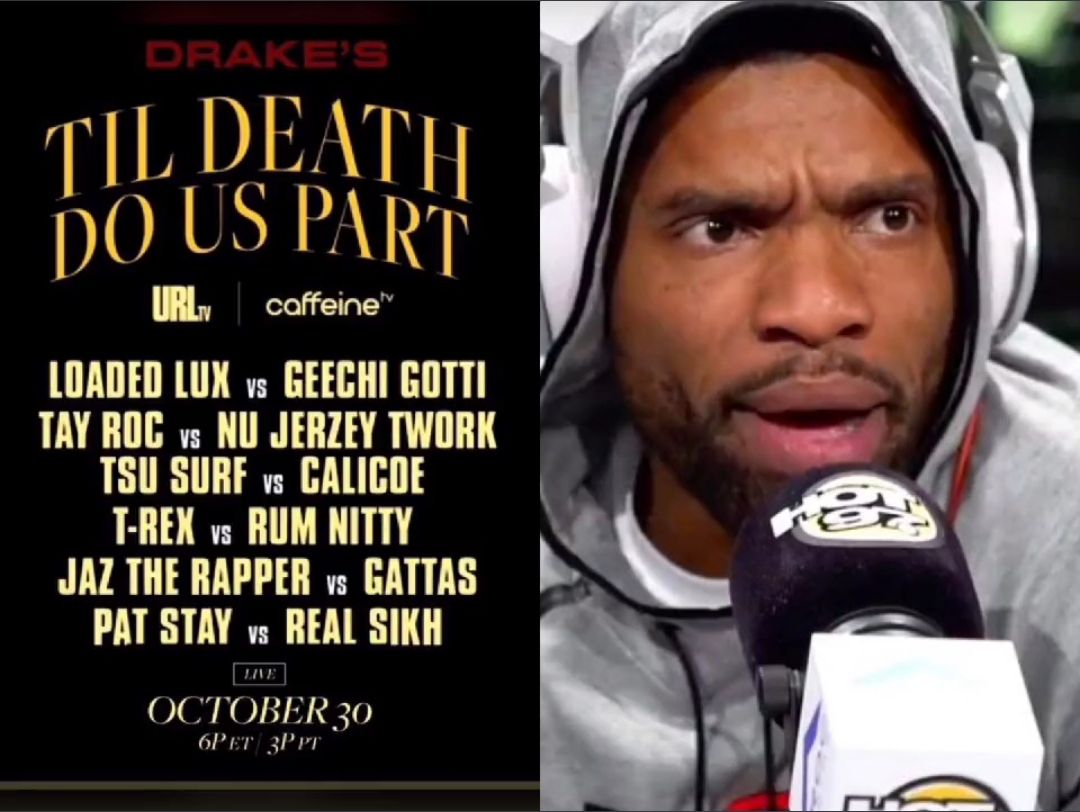 Jay Pharoah might have some competition when it comes to impersonating battle rap superstars. A virtual unknown, this battle rapper/ impressionist had the industry cracking up with these spot-on imitations.

Til Death Do Us Part is this weekend and the fever around it is bubbling. A newbie in the battle rap has made a way to get his name up by Jay Pharoahing the battles on this card.

People are loving it. Even the female battle rap outlet OTFMZ posted it.

And so a few of battle rap’s golden pens (and voices) commented and are now following! What a way to get that clout up.

The video of the wildly accurate impersonations has caused a sensation on Twitter.

Battle rap legend Tsu Surf’s response was hilarious, especially as he’s on the card! “I should PURPOSELY USE THIS,” he joked.

Real Sikh is also on the card and he found the skit equally amusing.

“THIS IS BEYOND ELITE and waaaay too realistic for each battler. Twork had the best bar too as usual lmaooo”

Others were impressed by not only the impersonation skills but how good the bars were.

Pass, a battle rapper from the west coast commented: “Bruh I would hate for someone to make a parody video like this and actually say a bar I had written lollll I’d be mad af.”

Media outlet Let’s Talk Battle Rap Battle Rap said simply, “Twitter has peaked for the rest of the week. Everyone just shut it down. please watch this!!”

The talented artist, OppaFromDiscord, had been quietly making a name for himself within the battle rap community, the buzz just got a lot louder!

Watch the full skit below.