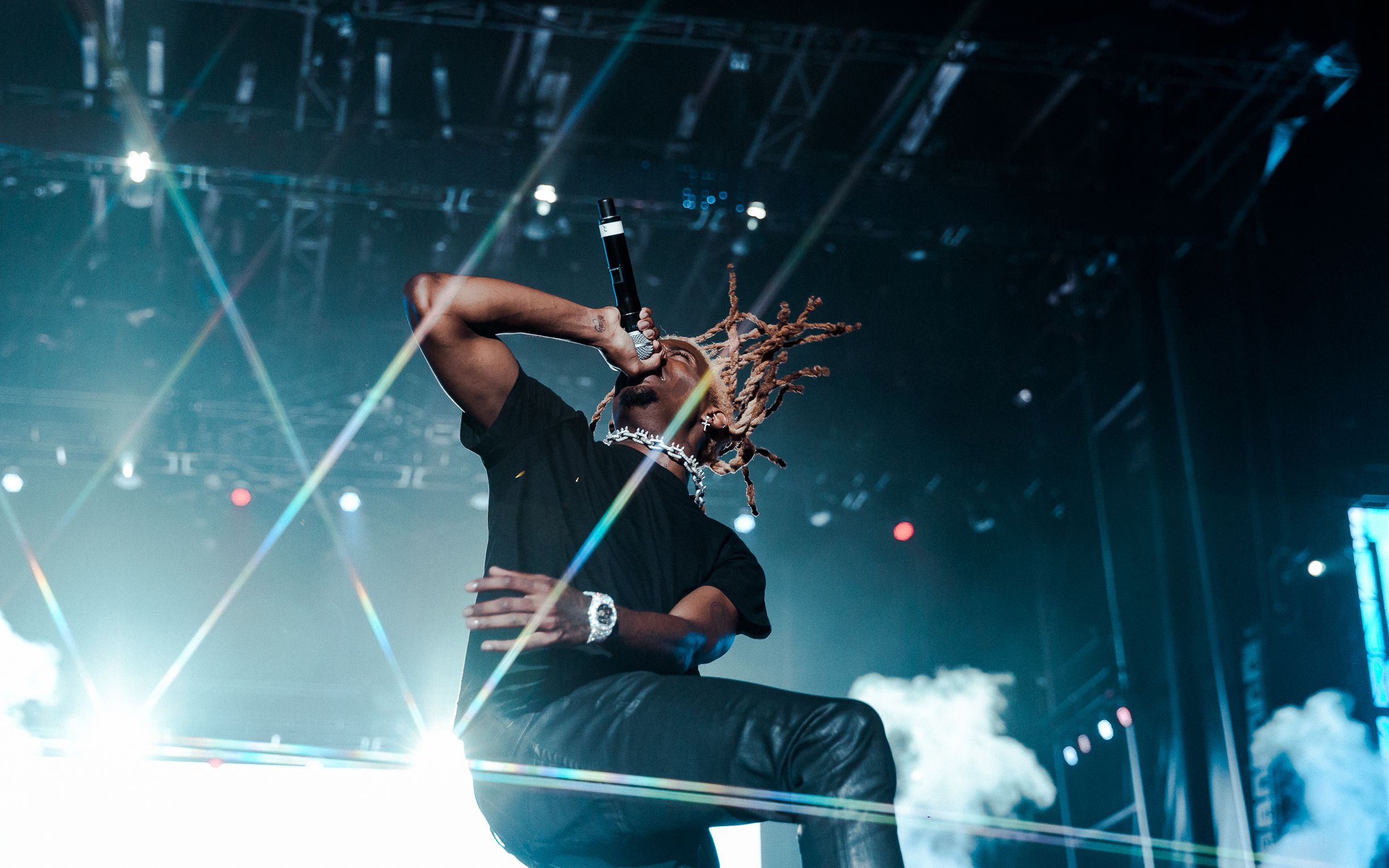 Houston fans rioted after rapper Playboi Carti pulled out of a local concert performance in Houston, Texas. Authorities have viewed countless videos of the ruckus unfolding, hoping to make sense of the chaos.

According to KPRC, the Hip-Hop concert-goers ransacked the NRG Arena breaking metal detectors and vandalized cars. But the late-night news station didn’t have to give the world the 411. Twitter had it on lock.

One fan posted, “stormed the arena to see #playboicarti but it got cancelled”

One fan was caught out there breaking the law on a few levels.

“ A #playboicarti fan at a Houston show broke his curfew, with his ankle monitor on just to see him A true fan or idiot?”

“Apparently Playboi Carti is a flake and didn’t bother to tell his fans that the show was canceled, so everyone showed up and then after two hours of waiting outside it devolved? Good job. #houston #playboicarti #playboicartihouston”

No one knows why the Houston concert was cancelled, but people were treated to a banger in San Antonio.

“#playboicarti concert in san antonio was craaaazy. thanks playboi carti”

One noted that all of the melee proved to be social media capital for the chart-topping artist.

Houston law authorities say that they are currently investigating the riot.