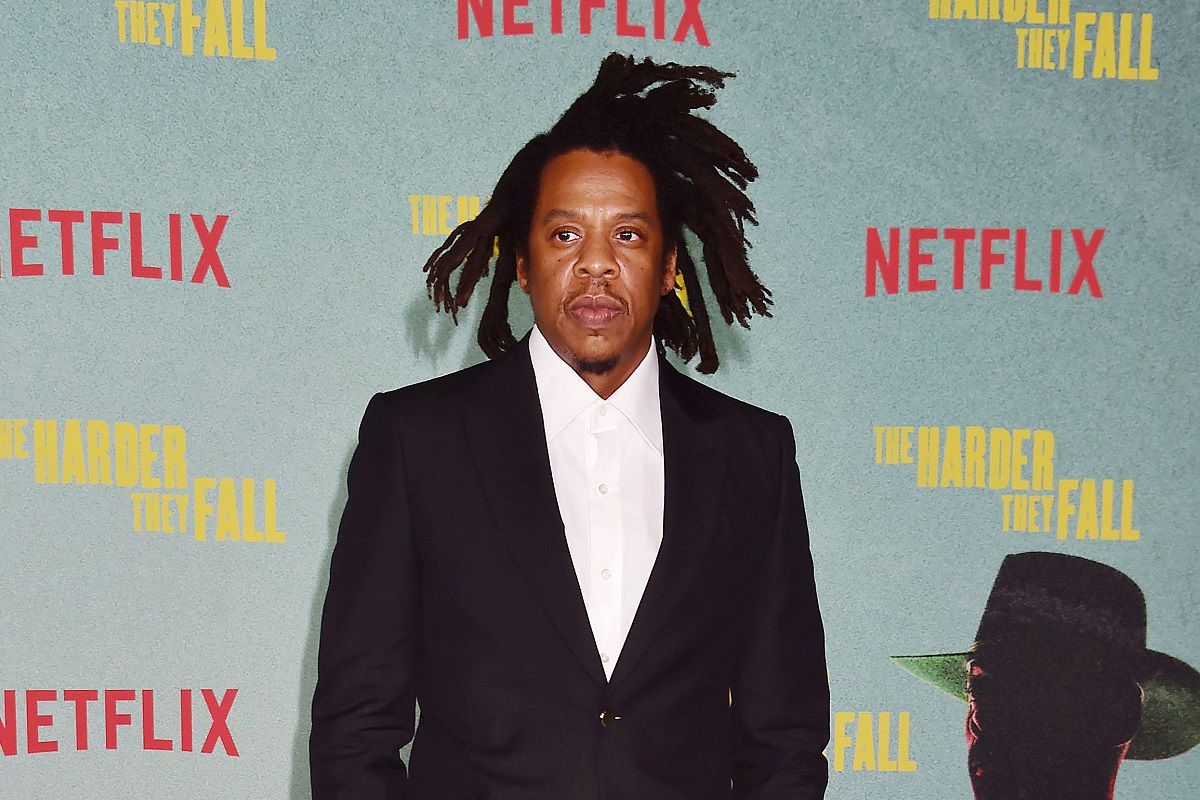 Jay-Z was amongst the stars in attendance at a celebration of “The Harder They Fall” which arrived on Netflix yesterday (Nov. 3).

Hov, one of the movie’s producers, was joined by rappers Jadakiss, Conway, Maino, Fabolous, and a host of other celebs at the event in NYC last night.

Jadakiss, Conway, and Hov appear on the movie’s soundtrack on the song “King Kong Riddim” alongside BackRoad Gee. The three posed for the cameras together last night.

Meek Mill performed Dreams & Nightmares and had Jay-Z standing up and rapping along to the lyrics.

Meek also entertained the crowd with his hit “I’m a Boss.”

Jeymes Samuel (aka The Bullitts) spoke about composing the score for the movie. The multitalented artist also has co-writer/director/producer credits in the film.

Everybody wants a pic with Jay-Z!

The Bullitts recently gave an interview to “Esquire” where he revealed he and friend Idris Elba first discussed making the film 15 years ago. Jay-Z was on board early and agreed to executive produce the film before the script even existed.

He felt it important to have the reminder at the beginning of the film, “While the events in this story are fictional. These. People. Existed.” The characters are based on real figures from the Old West who were whitewashed from the record books. “I came across all these characters like Stagecoach Mary, Deadwood Dick, Bass Reeves, who was the inspiration for the real Lone Ranger, and I thought, ‘How come I’ve never learnt about these people?’ We’ve been given a remix of the Old West.”

He also spoke to Ebro about how important it was that the soundtrack correlates with the movie.

Stars of the film, Idris Elba and Jonathan Majors, recently collaborated with the Ultimate Rap League to put on a battle rap event hosted by Chris Brown at his mansion.