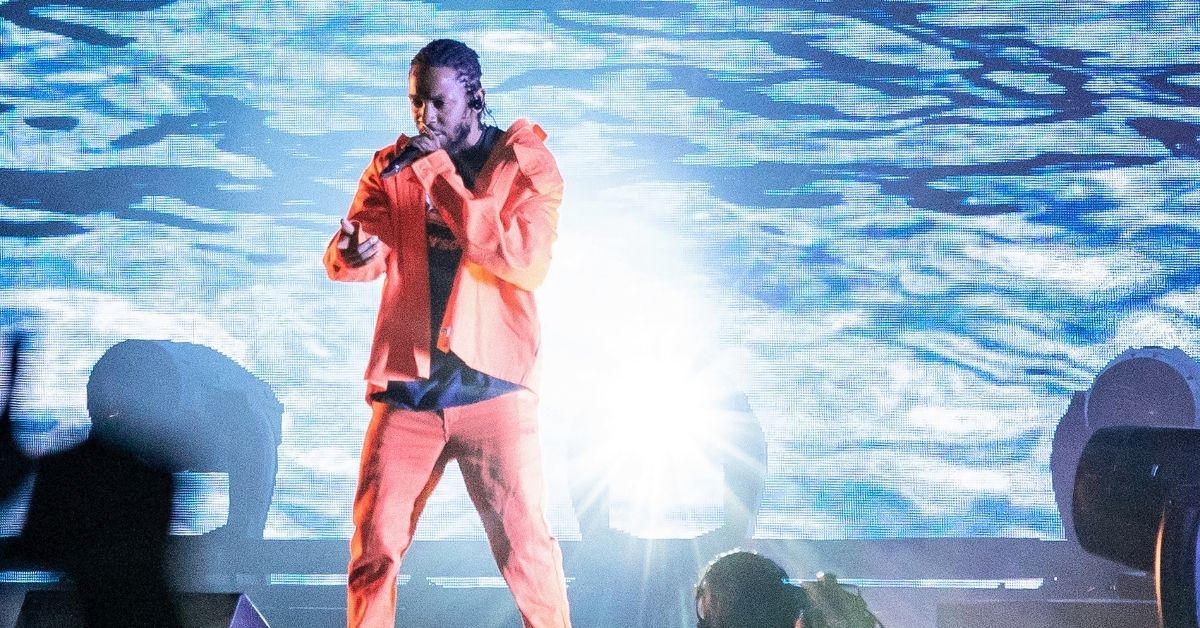 Kendrick Lamar returned to the stage for the first time in two years during his set at the Day N Vegas Festival last night (November 12th).

The revered rapper appeared in a sheer, flowing white outfit with a matching white cap to complement his long dreadlocks.

Kendrick Lamar started his set by celebrating the 10th anniversary of his critically acclaimed breakthrough release, Section 80., flanked by 16 men in red suits put their faces painted white. Even some ballerinas appeared on stage behind the rapper during the artsy performance.

The Compton native went through his vast discography sequentially. He performed songs like “F### Your Ethnicity” and “Hiipower” from Section 80before moving on to selections from his album good kid m.A.Ad city including favorites like “Swimming Pools (Drank) and B####, Don’t Kill My Vibe,” amongst others.

From there, Kendrick performed selections from To Pimp A Butterfly, which included a rare performance of the song “Institutionalized.”

Next were more songs like DNA, LOYALTY, LUST, and HUMBLE from his 2017 Pulitzer Prize-winning album DAMN.

To close out the set, Kendrick brought out his cousin Baby Keem, and the pair performed their songs “Family Ties” and “Range Brothers.”

Kendrick Lamar closed out his unique come-back performance with “Sing About Me, I’m Dying Of Thirst” and teased the audience by saying: “Vegas till next time. And when I say next time, I mean very soon.”

The cryptic message had fans in a frenzy, mostly because people have been anticipating Kendrick’s first album since announcing his departure from Top Dawg Entertainment in August of 2021.

Kendrick Lamar’s new look and his rare performance, which featured over two dozen songs, had him trending on social media.

Take a look at some of the reactions.

S.S.K 👺
@traqq3r
These Kendrick Lamar videos just made my night 🥲

O-Rika Ishii
@RikaTheory
I love seeing artist push themselves and their performance to new levels. It's so refreshing in a time where you don't HAVE to, to "win". Kendrick Lamar. https://t.co/88GVPFp2fl

Malik Applewhite
@MalikApplewhite
@itscofy His momma calls him Kendrick Lamar but I call him GOAT Lamar! 😭😭😭😭

Carter ∞ Gamïng 🏎 ™
@therealcartfart
If I don’t go to a Kendrick Lamar concert at some point in my life, I’m a failure

*gasps in ebonics*
@duh_wynning
Kendrick Lamar performed for over an hour and a half looking like a cozy Smurf and it was EVERYTHING!!🔥🔥🔥 #daynvegas2021 #kendricklamar