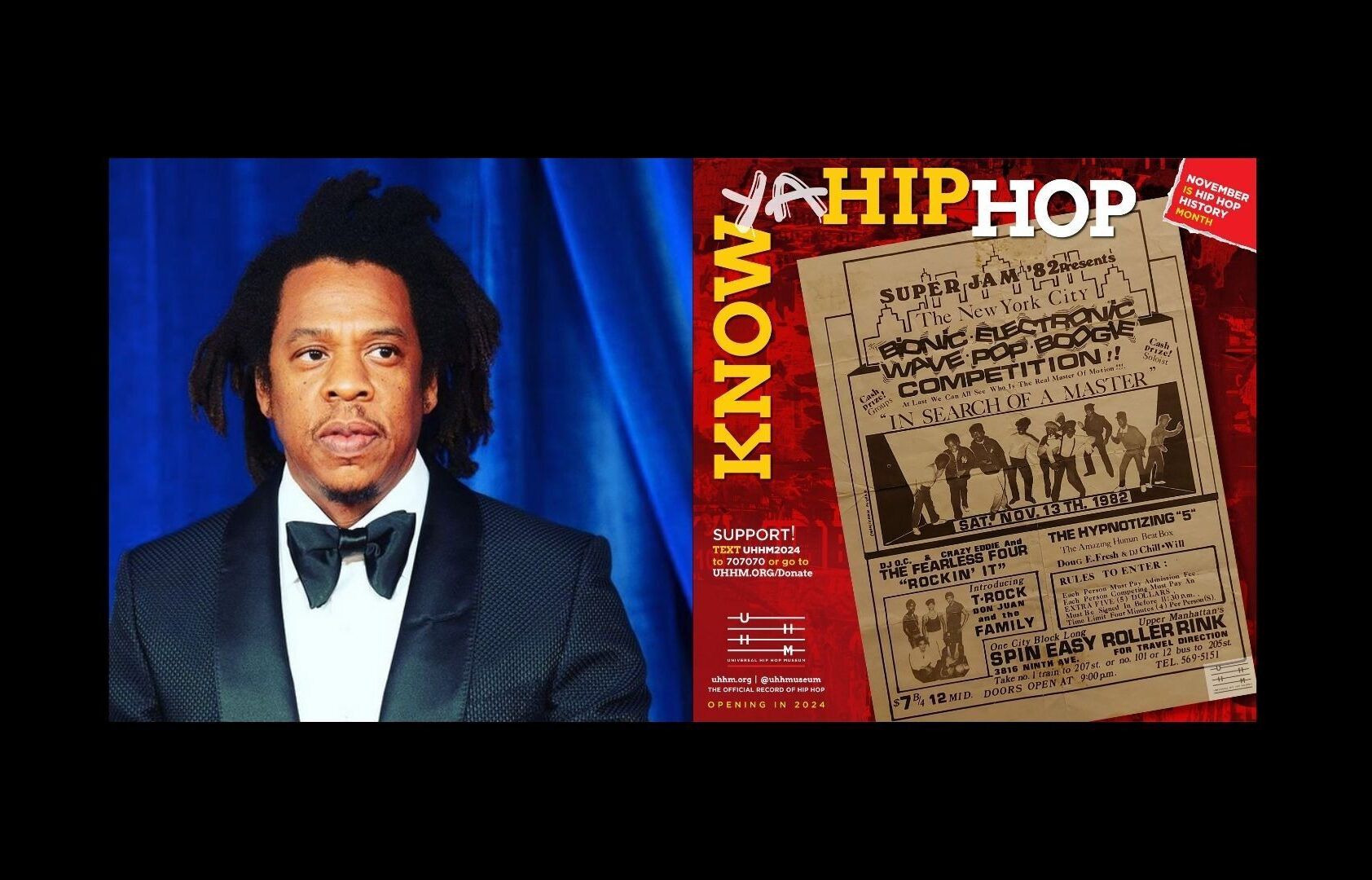 On November 13, 2021, the Universal Hip Hop Museum and AllHipHop.com are set to celebrate Hip Hop History Month by highlighting Jay-Z and a B-Boy competition held at the roller skating rink.

What can be said about the Brooklyn rapper Jay-Z? He is not just a businessman, but a “business” man. He began his career as a part-time partner of rapper Jaz-O and as a hype-man for Big Daddy Kane.

He has won 23 Grammys (most ever by a rapper); is like his two protégés, Rihanna and Kanye West, in the billionaire club and has the hottest chick in the game wearing his chain.

Jay-Z and his Marcy Ventures Partners have their hands in almost any industry or endeavor imaginable. Not bad for a kid from the projects, huh?

On Saturday, November 13, 1982, Upper Manhattan’s Spin Easy Roller Rink hosted a B-Boy competition where dancers of all styles were pitted against each other to see “who is the real master of motion!!!”

The Fearless Four, the first Hip Hop group to sign with a major label (Elektra), was among the performers on the night. The previous year, they released their most successful track, the classic “Rockin’ It” in 1981.
This “Know Ya Hip Hop” Moment has been brought to you by @uhhmuseum X @allhiphopcom