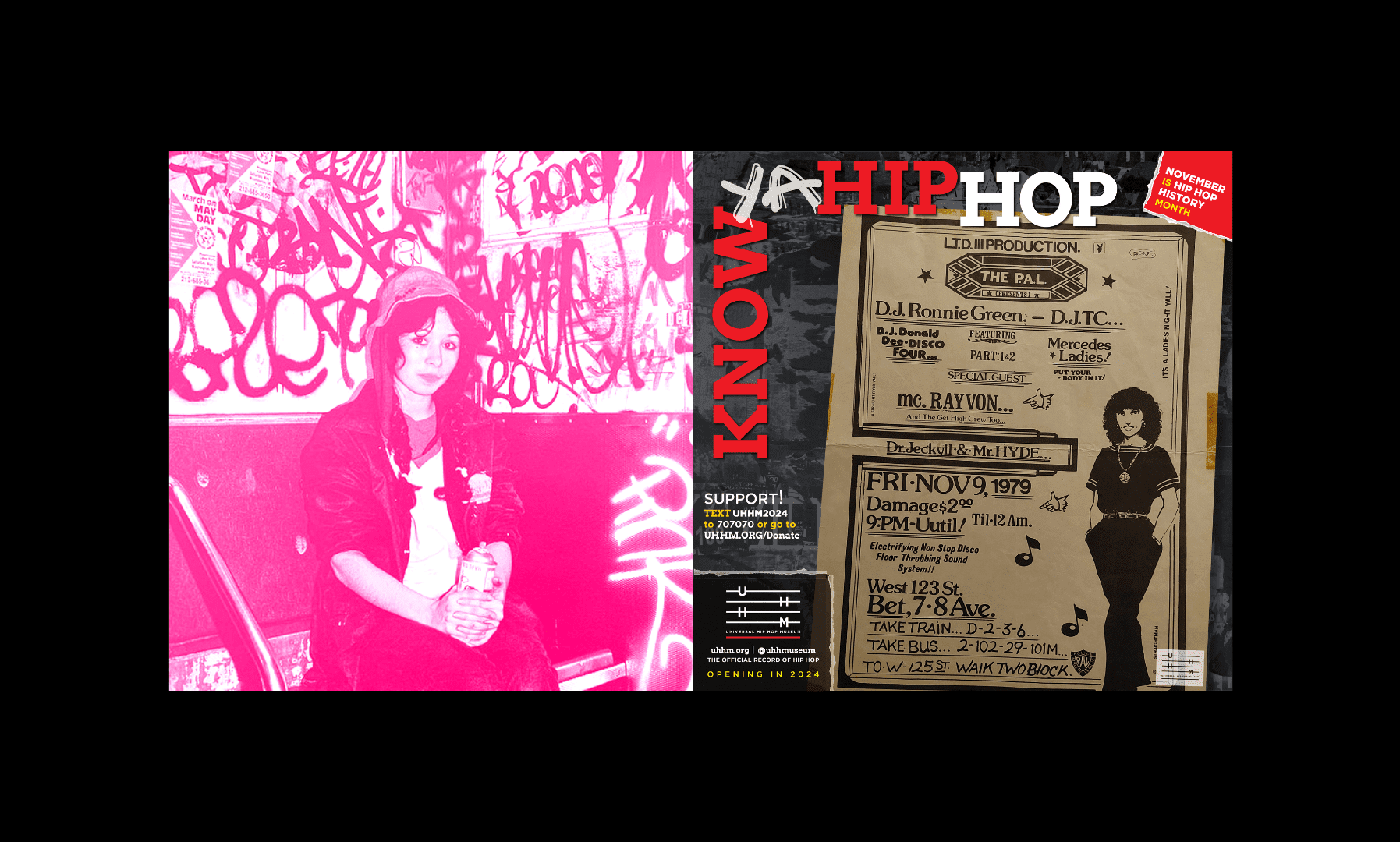 Photos of Lady Pink taken by Martha Cooper and lent as a courtesy of UHHM.

Graffiti is often viewed as a guy’s sport. Many think that ladies don’t (or shouldn’t) bother themselves with the grit and grind that is usually associated with tagging, throwing up burners, or bombing trains.

That’s what they thought. Until they got a chance to meet Lady Pink, the fly girl that played the lead in the 80s hit film, ‘Wild Style.’ Lady Pink, nicknamed the “First Lady of Graffiti,” has dedicated her life to erasing stereotypes and proving people wrong. She is also a heck of a visual artist with paintings and murals all over the.

In 2013, some of her iconic work muraled in 5Pointz, a location considered the graffiti art mecca in New York, was destroyed by a Queens real estate developer to make condos. A US Appeals Court affirmed that she and other graffiti artists actually deserved to receive monetary damages for this violation. She proves that Hip Hop, in all mediums, matters. She also proves that Hip-Hop, no matter the gender, can fight the power.

On Friday, November 9, 1979, DJ Ronnie Green a.k.a Captain Rock was one of the massively influential Hip Hop influencers performing at Harlem’s West 123 Street.

Captain Rock used to DJ for Dr. Jekyll and Mr. Hyde (a.k.a Andre Harrell and Alonzo Brown) who were also making an appearance.

The Mercedes Ladies, the first all-women rap group, supplied the feminine energy on the night

The crew’s Baby D was taught to scratch by none other than DJ Grandwizzard Theodore himself.