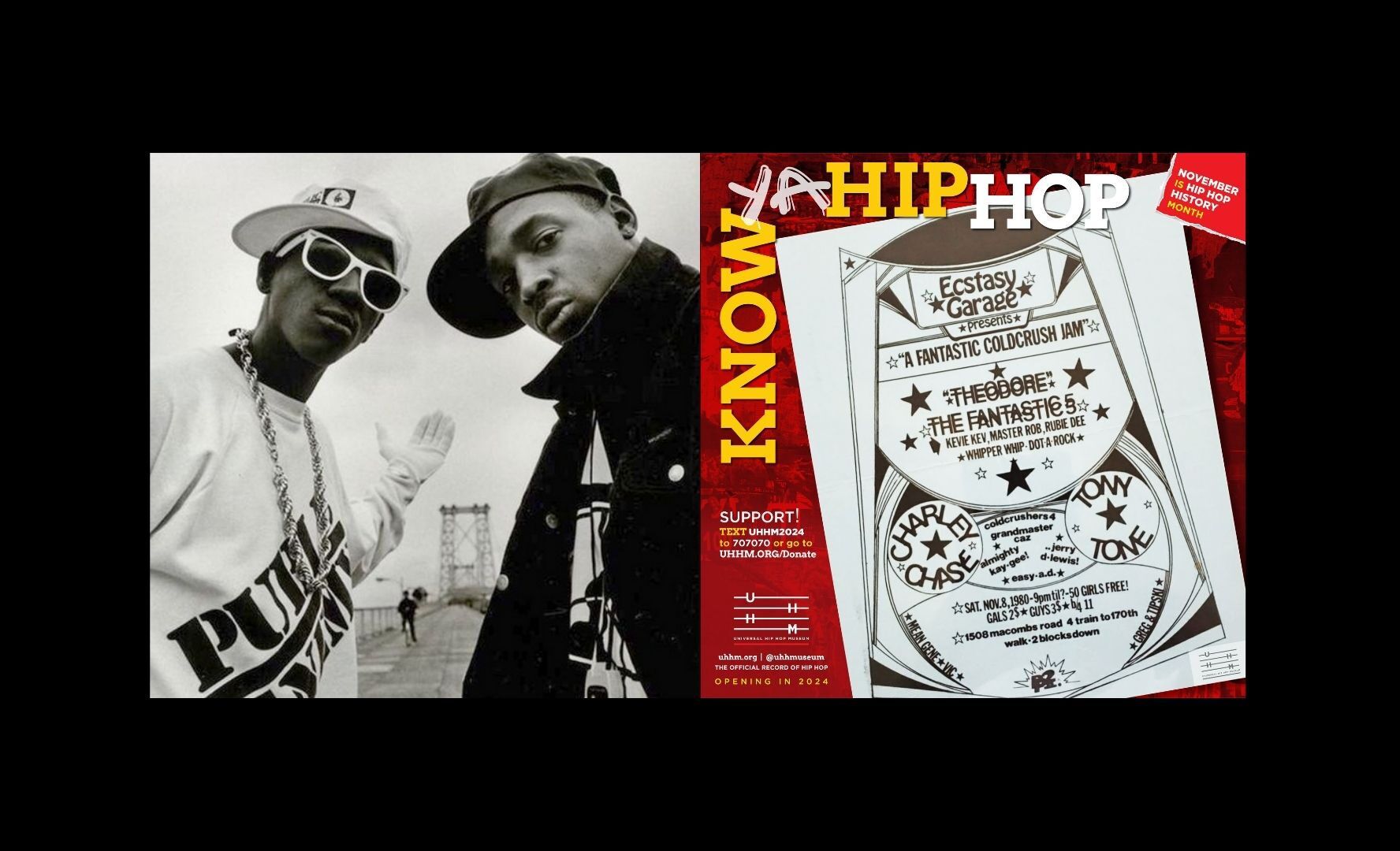 On November 8, 2021, the Universal Hip Hop Museum and AllHipHop.com are set to celebrate Hip Hop History Month by highlighting Public Enemy and some of Hip-Hop’s most pioneering DJs.

Few will dispute that the group is one of the most impactful rap groups in history. However, we further charge that they were as influential in shaping the late 80s and 90s Civil Rights movement as any leader in the community, churches, or in political office.

With their music, they didn’t only have political commentary but brought bonafide jams— proving that the “CNN of the Streets” also knew how to make you dance.

On Saturday, November 8, 1980, at the Ecstasy Garage Disco in the Bronx, some of Hip Hop’s influential pioneers gathered for A Fantastic Cold Crush Jam.

Grandwizzard Theodore, The Fantastic Five, and Cold Crush’s Charlie Chase, and Tony Tone were among the trailblazers spinning the decks and rocking the mic.

The venue was a completely dark room with a single sixty-watt light bulb illuminating the DJ section and the atmosphere was electric.

This “Know Ya Hip Hop” Moment has been brought to you by @uhhmuseum x @allhiphopcom
To support YOUR museum, text UHHM2024 to 707070 or go to their website www.uhhm.org.