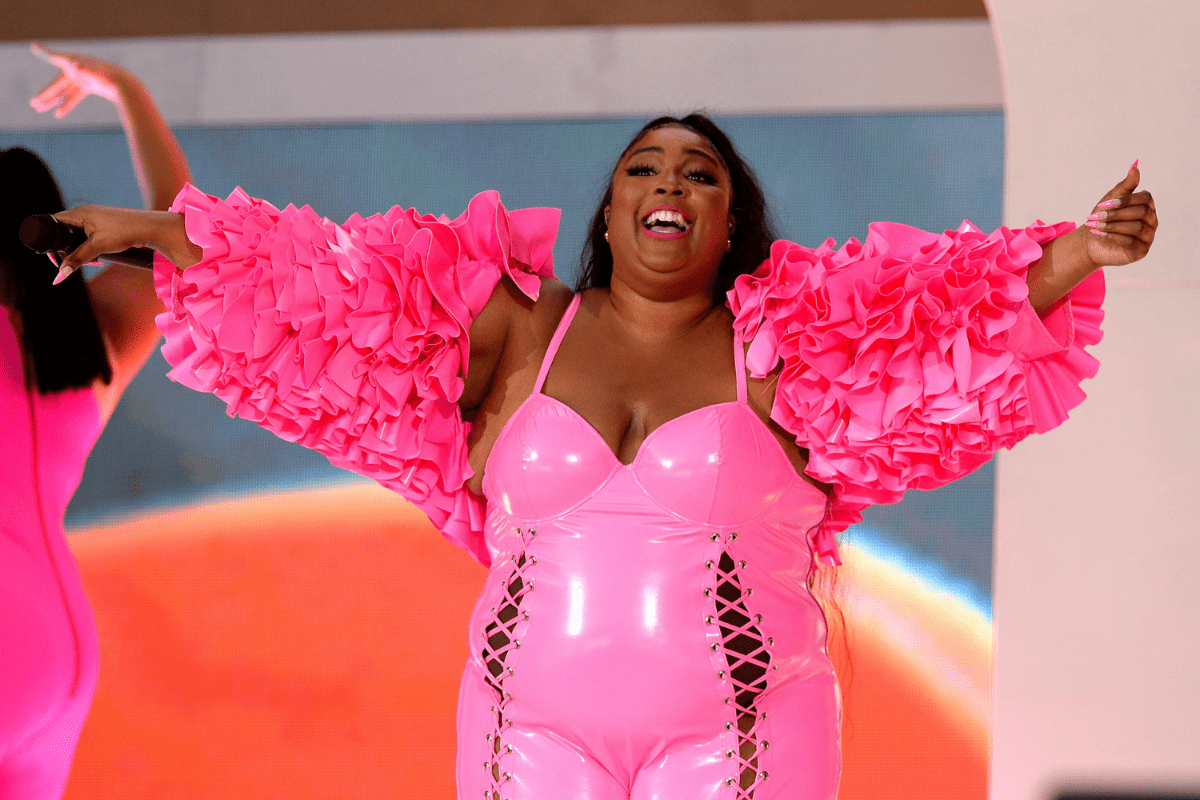 Bow Wow’s “Millenium Tour” kicked off again this weekend after a year-long delay due to COVID-19 restrictions. The tour began with a star studded-showing in LA where Bow Wow brought out guests including Snoop Dogg, Jermaine Dupri, and Chris Brown.

Lizzo and a crew of gal pals pulled up to the event and looked ready to have fun, dressed in coordinating Burberry outfits. From the looks of the viral clips of the singer backstage she certainly had a blast!

One such clip of the “Truth Hurts” singer features her and Soulja boy dancing and having a great time. Lizzo posted a clip of her and Souja dancing the routine for his hit song, “Rick & Morty.” Soulja was also kitted out in head-to-toe Burberry and the pair wouldn’t have looked out of place at a baby shower!

Lizzo may have wanted to be Draco’s “Soulja Girl,” but it was Chris Brown for whom she reserved her highest praise. In another viral clip taken backstage at the concert, Lizzo can be seen in fangirl mode asking Chris for a picture. “Can I get a picture with you because you’re my favorite person in the whole f*cking world,” she says in the clip. Chris happily poses with her and Lizzo has to send back one of her girls who rushed to get in the pic with them, she was not about to share him!

The Detroit native posted a highlight reel of her night out with the caption “if you wasn’t at the Millennium Tour then where the f*ck you was at?”

Take a look at some of her favorite moments below.