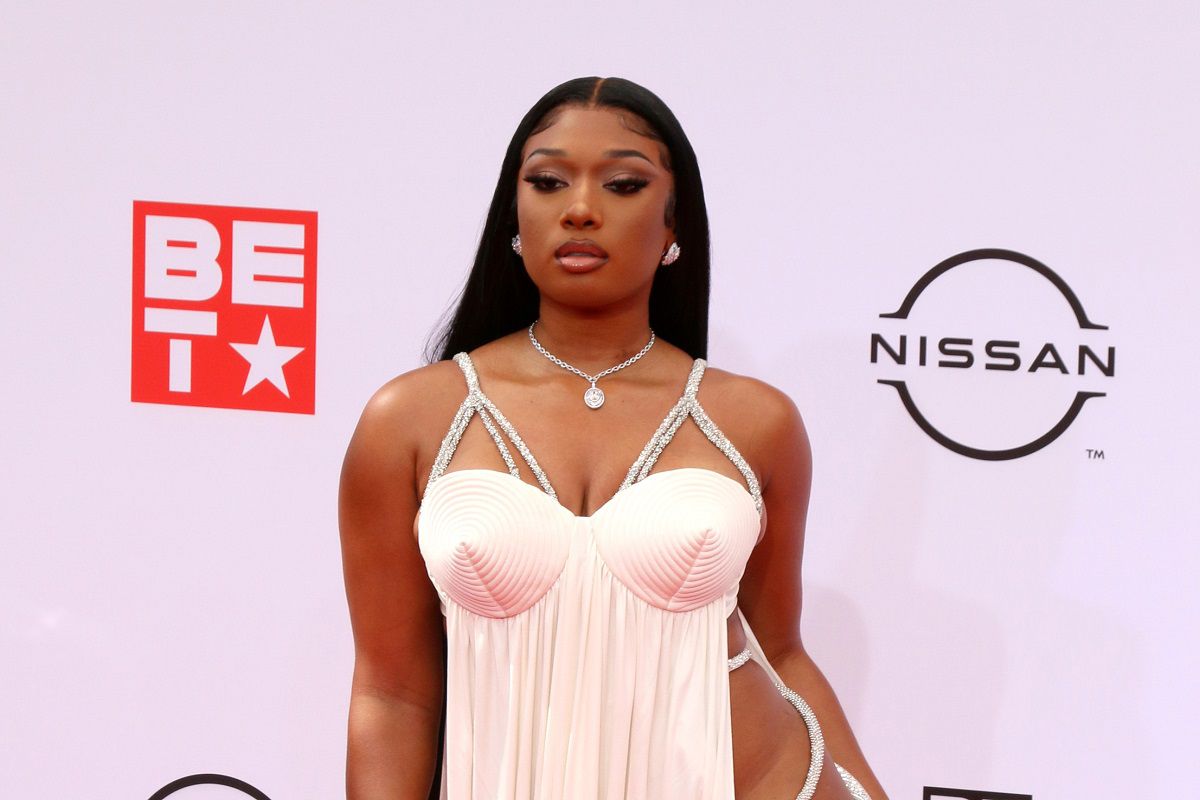 Megan Thee Stallion is hailed as the embodiment of female empowerment, a woman doing it all and doing it well. Her 2020 hit with Cardi B, the sexually charged WAP was just one of her efforts to dismantle the patriarchy.

Now, in a recent interview with “Evening Standard” Megan talks about the effect she has on men…she makes them feel uncomfortable. And that’s something you’re just going to have to deal with!

“I’m starting to see how much more ignorant men are than I thought. “When you’re a woman who’s not a threat, men don’t really bother you […] men like that damsel in distress type of role and that’s not me. I feel like that’s what kind of gets under a lot of men’s skin. Like, ‘How dare she talk about her v#####? She loves herself and she don’t need me and she’s going to take my money.’ I just feel like I make a lot of them uncomfortable and I feel like that’s my job.” She goes further saying if she causes offense then she’s “doing something right.”

“Baby, look the other way. You can’t stop looking the other way, because you like what you see and you hate that you like what you see,” she continued. “That’s why you hate it, that’s why you go through all these emotions and you’re lashing out on me. So I’m not even mad at these men. They’re emotionally ignorant. Once they come to grips with who they are, maybe they’ll grow up.”

However, Megan hasn’t let that deter her from finding love admitting that not all men are emotionally immature. She highlights her boo, Pardison “Pardi” Fontaine who she began dating earlier this year. Speaking about Pardi she says, “Right now, he is so great. He is so emotionally literate. He knows himself, he knows me and he’s not offended by anything I do. He’s right there cheering me on.”

Just how happy Megan and Pardi are came up for discussion this week as a YouTuber claimed the pair are actually already married!

As well as being happily coupled up, Megan has other reasons to celebrate following the announcement of the nominations for the “BET Hip-Hop Awards” today. The “Hot Girl Summer” rapper ties with Cardi B for most nominations with nine apiece!