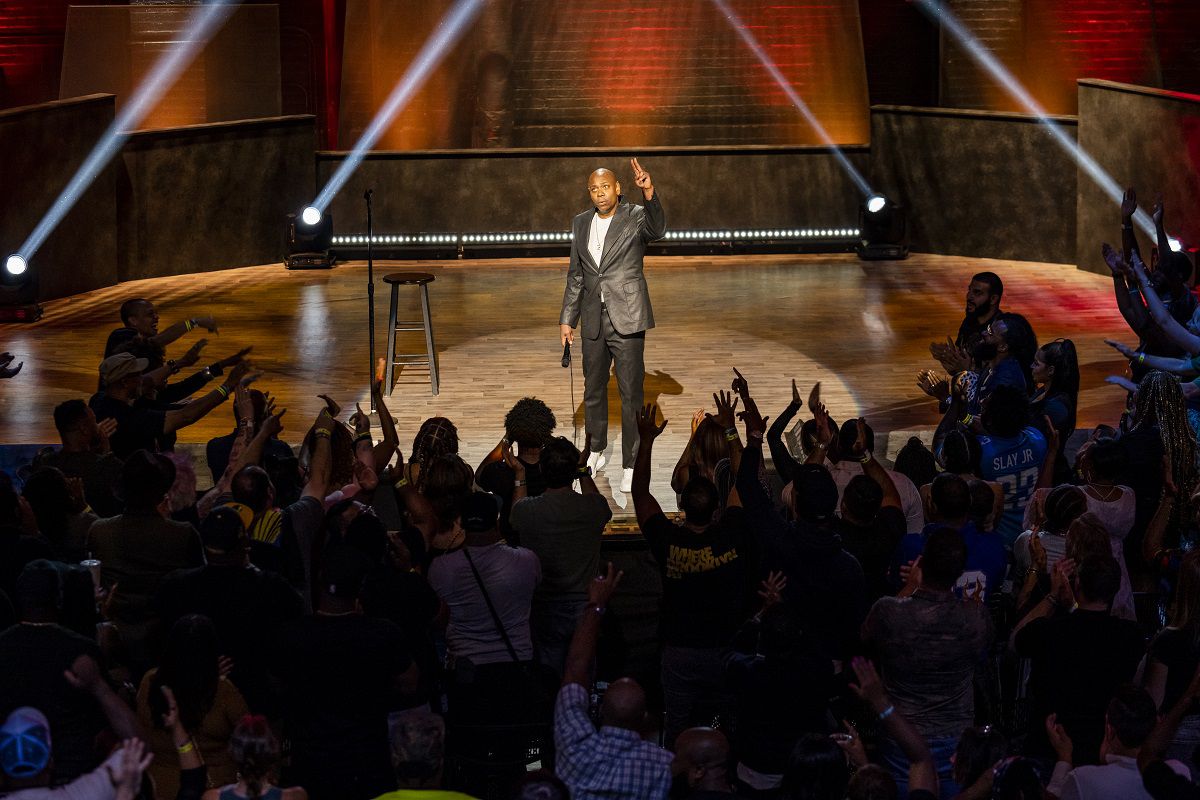 Legendary comedian Dave Chappelle returned this week with his latest Netflix comedy special. Once again, Chappelle’s The Closer caused a lot of commotion over jokes he made about the LGBTQ community on the show.

The National Black Justice Coalition is one of the LGBTQ organizations that took issue with what Dave Chappelle had to say in his stand-up routine. According to Deadline, the NBJC is calling on Netflix to remove The Closer from its platform.

It is deeply disappointing that Netflix allowed Dave Chappelle’s lazy and hostile transphobia and homophobia to air on its platform. With 2021 on track to be the deadliest year on record for transgender people in the United States — the majority of whom are Black transgender people — Netflix should know better. Perpetuating transphobia perpetuates violence. Netflix should immediately pull The Closer from its platform and directly apologize to the transgender community. Make no mistake: Black LGBTQ+ and same gender people exist – and have always existed. The fight against oppression is not a zero sum game, and the pervasiveness of white supremacy in the United States is not an excuse for homophobia or transphobia.

Dave Chappelle shared his comedic thoughts about the LGBTQ community throughout The Closer. The 48-year-old Washington, DC native even referred to himself as a TERF (Trans-Exclusionary Radical Feminist) which is often considered a term to describe anti-trans activists.

The Closer also included Dave Chappelle discussing his late friend Daphne Dorman. The transgender comedian apparently took her own life after dealing with online criticism for backing Chappelle against previous accusations he was transphobic.

Chappelle ended The Closer by telling the LGBTQ community, “I am not telling another joke about you until we are both sure that we are laughing together… All I ask from your community – with all humility – will you please stop punching down on my people?”