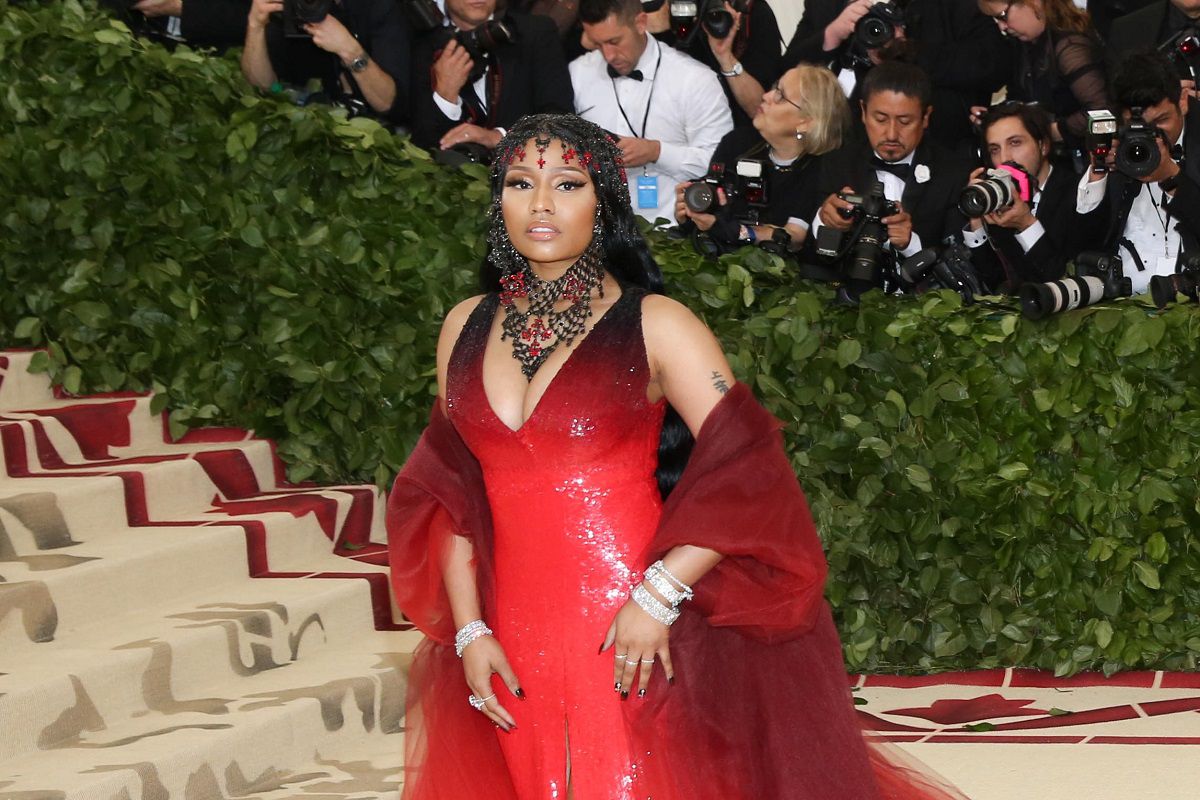 Nicki Minaj found herself in the middle of a controversy yesterday. The New York City-bred rapper took to Twitter to share her views on the COVID-19 vaccine after announcing she would not be attending the Met Gala.

“They want you to get vaccinated for the Met. If I get vaccinated it won’t [be] for the Met. It’ll be once I feel I’ve done enough research. I’m working on that now. In the meantime my loves, be safe. Wear the mask with 2 strings that grips your head & face. Not that loose one,” tweeted Minaj on Monday.

She went on to add, “My cousin in Trinidad won’t get the vaccine cuz his friend got it & became impotent. His testicles became swollen. His friend was weeks away from getting married, now the girl called off the wedding. So just pray on it & make sure you’re comfortable with ur decision, not bullied.”

Those tweets instantly went viral as Twitter users began blasting Nicki Minaj for spreading “misinformation” about the COVID-19 vaccine. High-profile media figures also called out Minaj for what she shared with her 22 million followers.

In particular, MSNBC host Joy Reid addressed Nicki Minaj’s vaccine tweets on her show. Reid stated, “For you to use your platform to encourage our community to not protect themselves and save their lives… As a fan, I am so sad that you did that.”

Minaj responded on Twitter, “This is what happens when you’re so thirsty to down another black woman (by the request of the white man), that you didn’t bother to read all my tweets. ‘My God SISTER do better’ imagine getting ur dumb ass on tv a min after a tweet to spread a false narrative about a black woman.”

The Queen album creator went on to slam other news outlets that covered the story as well. After one Twitter user complained that “a national news network organized to blatantly lie” on the 38-year-old entertainer, Nicki Minaj replied, “They’re being paid to do it.”

Nicki Minaj did not just take aim at liberal commentators like Joy Reid. She also had something to say to conservative critics like Meghan McCain. Minaj told the former The View panelist to “eat s###.”

Meanwhile, Nicki Minaj is still dealing with a pending lawsuit filed by the woman claiming to be the rape victim of Minaj’s husband Kenneth Petty. Jennifer Hough is suing the couple for alleged harassment and threatening behavior. Hough has repeatedly claimed Minaj and Petty were trying to force her to recant her statement on the sexual assault that Petty was convicted for in 1995.