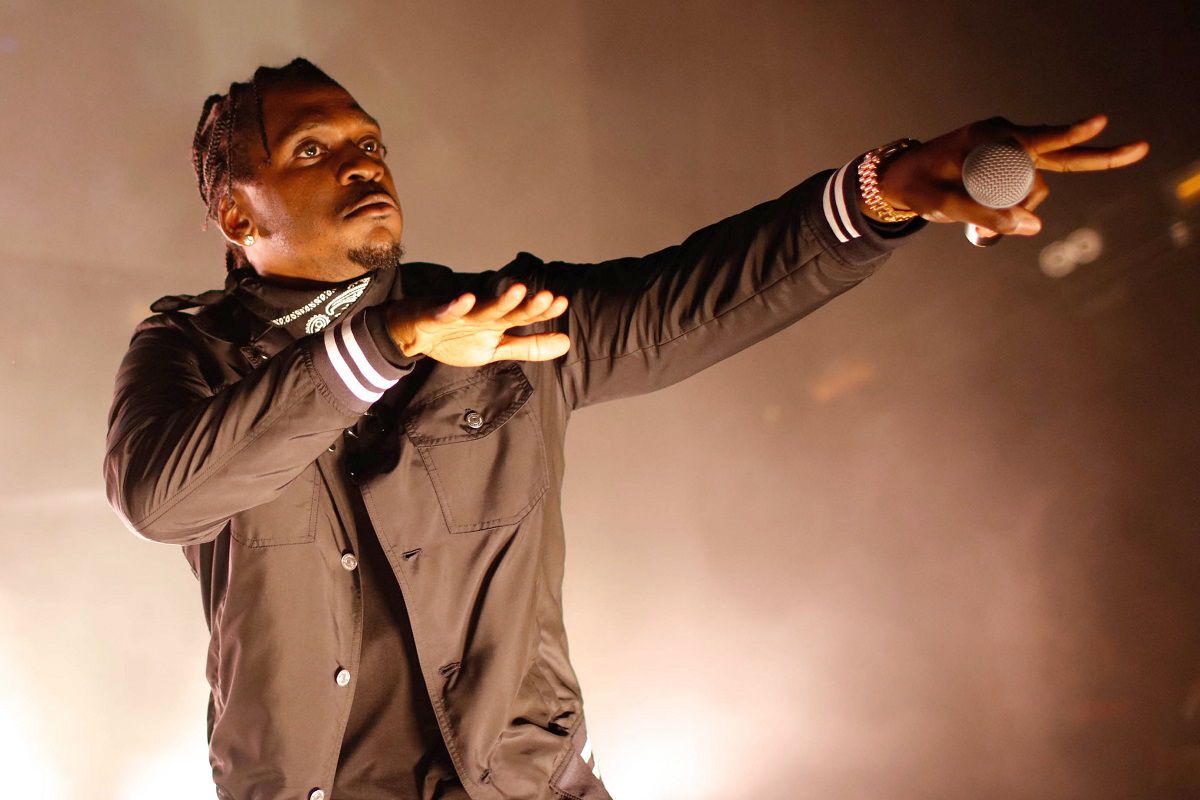 Pusha T was at the red carpet re-opening event for Jay-Z’s 40/40 Club in New York earlier this week and gave reporters a hint about his upcoming album.

Jay-Z was celebrating the 18th anniversary of the club with a lavish re-opening party in a celeb-packing evet. Pusha spoke to the media in attendance saying, “New album coming soon. Check for Donda.”

Pusha didn’t give any more details at the time but back in March, he did confirm that the project was complete. He gave further insight saying, “I haven’t titled it. Probably 12 [tracks]. I usually don’t do a lot of extras. I feel like I have some extras right now but I’m gonna keep 12. I gotta go sit in with ’Ye for a little bit but other than that it’s just these 12.”

Back in December last year, Push confirmed that Kanye would be producing the album and that the Neptunes, Pharrell Williams, and Chad Hugo would also have a hand in the project.

Coincidently, Drake is also due to release his upcoming album, now rumored to be on September 3. ESPN’s flagship program SportsCenter may have revealed the date in the show’s intro on Friday, August 27th. Their normal show opener was interrupted by some glitchy clips and warped vocals and the image of a cardboard sign which read: “CLB September 3.”

If the beefing rappers drop on the same day their respective fan bases will be in a frenzy!

Pusha and Drizzy have a long-running feud which was recently reignited when Drake took shots at Push and Ye on his recent collaboration with Trippe Redd, “Betrayal.”

Pusha took to his Instagram to celebrate the “DONDA” album release saying, “This is about power, money, influence and taste…nothing more, nothing less. Watching you “joystick the culture” makes us all proud. Continue to do things your way, congrats, and I’m honored to have been a part of the process. #DONDA.”