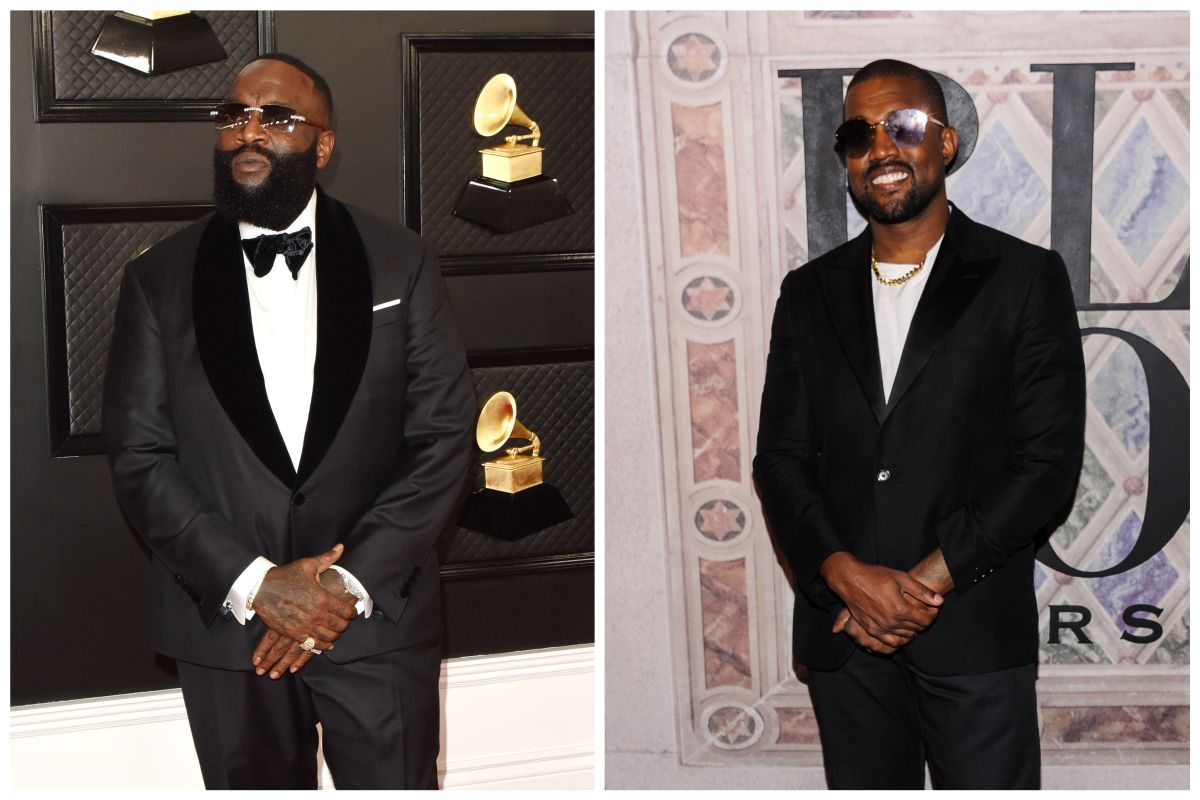 After three decades in the limelight, Kanye West has established himself as one of the most famous recording artists on the planet. The Chicago-bred billionaire continues to keep his name in the news for his music, his antics, and his rants.

Kanye West’s “Devil In A New Dress” collaborator Rick Ross made an appearance on NBC’s The Today Show to promote his new book The Perfect Day to Boss Up: A Hustler’s Guide to Building Your Empire. Ross was also asked about Ye.

“I really feel like Kanye has mastered the art of manipulating media and making amazing music,” said Rick Ross. “And that combination – it’s no telling where it’ll go. And I feel like if someone really feels Kanye is insane, they’re crazy.”

Those headline-grabbing actions and accusations seemingly helped Kanye West pull in big numbers for Donda. The G.O.O.D. Music/Def Jam/UMG release set an Apple Music record by hitting #1 on the streaming platform in 152 countries in 24 hours.

In addition, Donda opened at #1 on the Billboard 200 rankings in the United States, giving Kanye West his tenth No. 1 on the chart. The 44-year-old entertainer/entrepreneur is now tied with Eminem for the second-most Number Ones by a rapper behind Jay-Z’s 14 chart-toppers.

Rick Ross found success in the music business too. The Maybach Music Group leader has earned five #1 albums during his career. His most recent body of work, Port of Miami 2, debuted at #2 on the Billboard 200 in 2019. Ross is said to be working on another album titled Richer Than I’ve Ever Been.