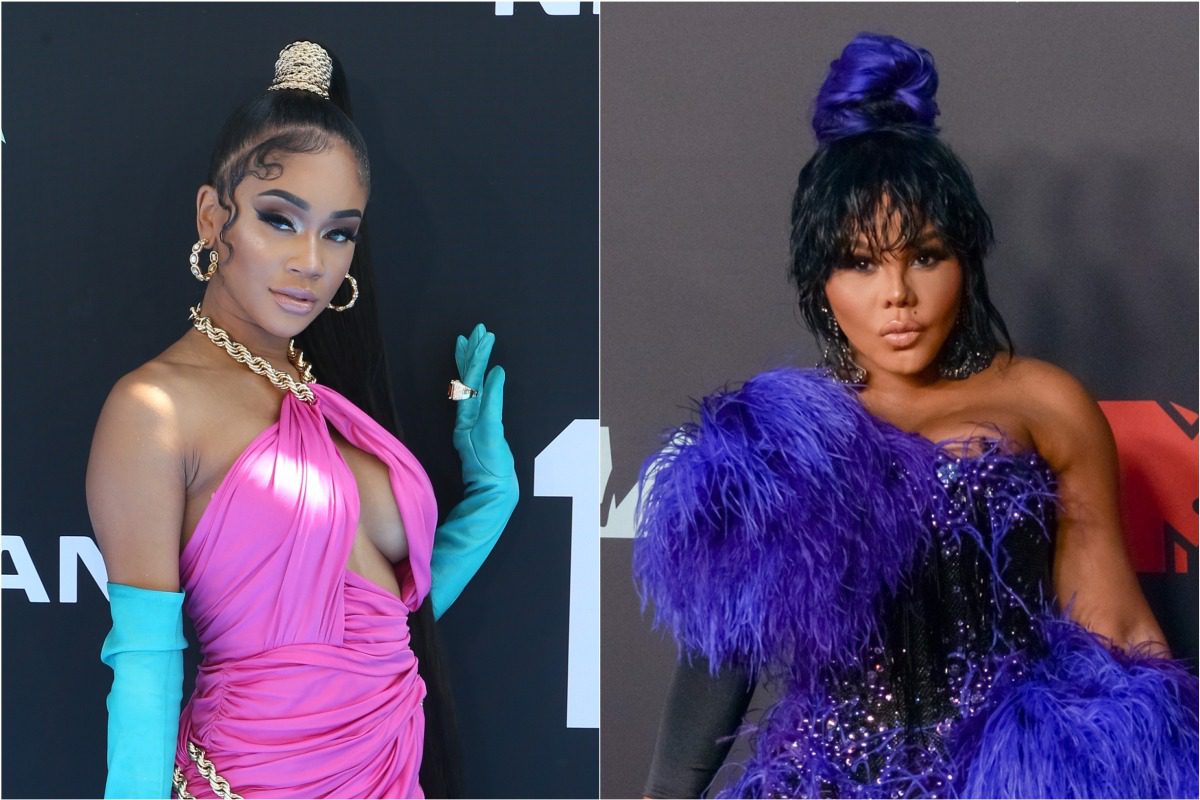 Back in 1997, Lil Kim got together with fellow rap stars Da Brat, Missy Elliott, Angie Martinez, and Lisa “Left Eye” Lopes for “Not Tonight (Ladies Night Remix)” off the Nothing to Lose soundtrack. The posse cut is now considered a Hip Hop classic.

Brooklyn’s Lil Kim influenced two generations of women looking to break into the male-dominated world of the Hip Hop industry. “Best Friend” rapstress Saweetie is one of those artists that looked to the Queen Bee for inspiration.

Saweetie spoke about her appreciation for Lil Kim during an Apple Music interview for Issa’s Raedio Show hosted by Insecure creator Issa Rae. The West Coast representative mentioned a particular line from the original Hard Core version of “Not Tonight” featuring Jermaine Dupri.

The Warner Records signee continued, “When I heard that, I was like… I felt it. I knew what she meant and that’s just the most boss thing someone could ever say. I love that line.” While “Not Tonight” is a sleeper album track, Lil Kim’s remix became a mainstream hit by peaking at #6 on the Hot 100 chart and earning a Grammy nomination.

In addition, Saweetie named Foxy Brown, Missy Elliott, Trina, and Nicki Minaj as rappers that she grew up listening to before stardom. She also shouted out her modern-day contemporaries Mulatto (aka Big Latto) and Jasmine Armani.