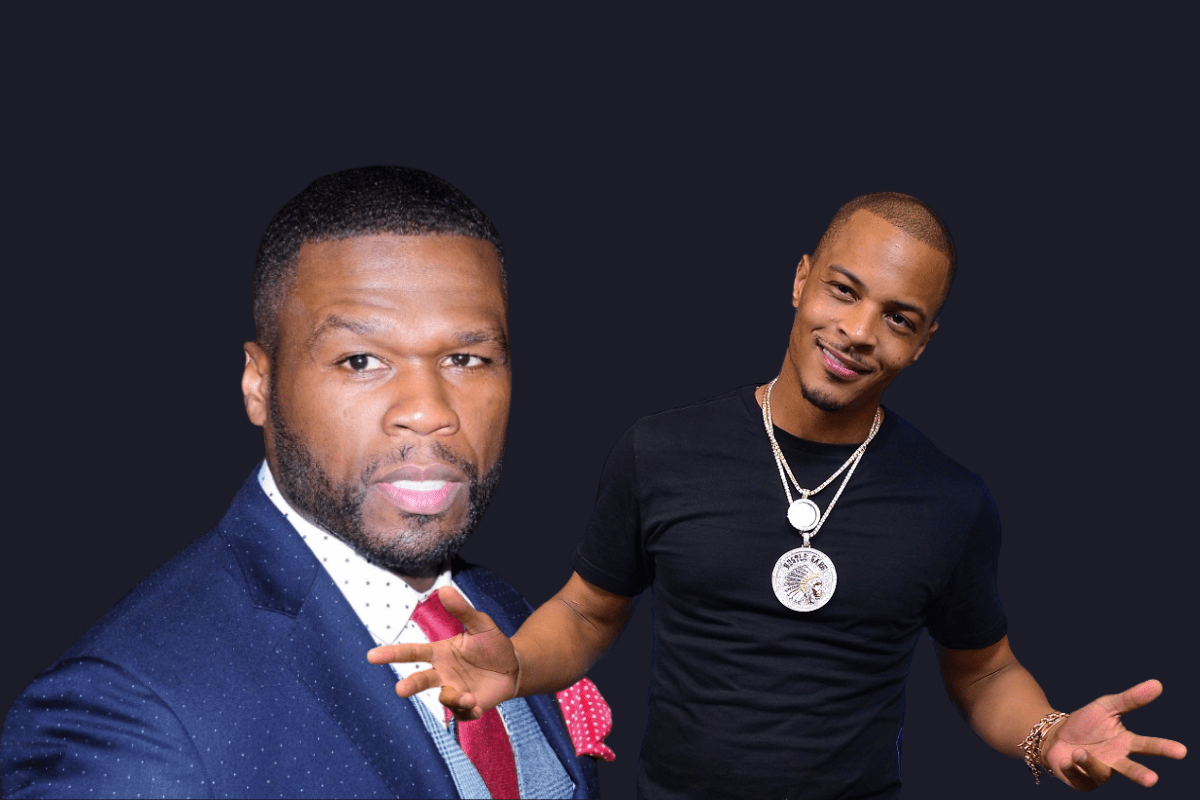 50 Cent attended the premiere dressed in style in a black tux with girlified Jamira “Cuban Link” Haines as his gorgeous date.

No 50 Cent show would be complete without some live performances and Fif brought out some of his rapper friends and castmates to entertain the live audience.

T.I made an appearance and seems to be continuing his mission to get 50 Cent to go head-to-head with him in a “Verzuz” battle. As his set wound down, he was called out “50 I’m waiting on you!”

T.I first challenged 50 Cent to a “Verzuz” showdown in a video he shared to Instagram back in July last year. “Pull up and catch this Trap Muzik fade big fella…. @50cent,” he said in the caption.

He revived the sentiments after Fat Joe and Ja Rule’s showdown at Madison Square Garden earlier this month spurred on by Diddy’s refusal to take on Jermaine Dupri. Diddy said only Dr. Dre has what it takes to challenge him which T.I took personally!

In a 28-minute video uploaded to his Instagram T.I said “So, when it gets down to the Verzuz conversation about Puff and JD, or me and 50 [Cent], that s### just hit different. It’s like, ‘Oh, okay what you think n####? What you trying to say?’” the “Whatever You Like”

Some of the other performances on the night included Snoop Dogg, Lil Duval, and Da Baby. 50 Cent also rocked the stage performing classics including “Many Men” and the “Power” theme song, “Big Rich Town.” Moneybagg Yo also took to the stage to perform “Wokesha” as did Lil Meech who appears as his father Demetrius “Big Meech” Flenory in the show.

Fiddy’s highly-anticipated “BMF” series based on the life of story of the Black Mafia Family in southwest Detroit in the late 1980s is slated to premiere this coming Sunday on “Starz.” 50 Cent confirmed that he will appear on the show’s theme song alongside a couple of other heavy-hitting rappers.

The “Get Rich or Die Trying” rapper announced that the song is titled “Wish Me Luck,” and revealed “that joint hasn’t been heard in its entirety. Moneybagg Yo, myself, and Snoop Dogg are on that song.”

“Building out records, music that means something culturally at the time when I’m putting it into the programming, that’s the idea. They’ll get a chance to feel the full effects of it when the show premieres,” 50 Cent said in the interview with “ThisIs50.”