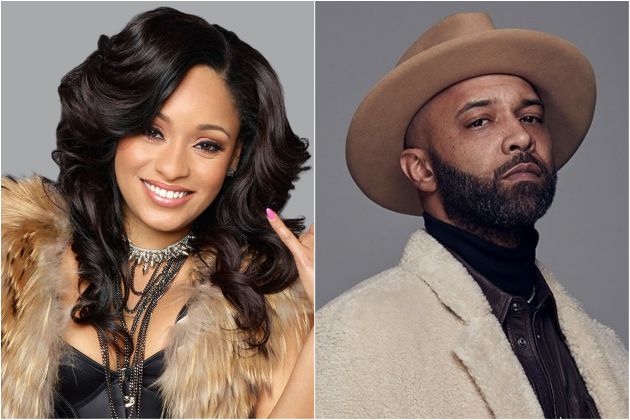 Joe Budden’s name was one of the top trending topics on Twitter yesterday. The outspoken rapper-turned-podcaster had a lot of people thinking he is a member of the LGBTQ community.

While speaking on his show, Joe Budden said he “likes guys and girls.” Many outlets ran with a story claiming Budden came out as bisexual, but the quotes were taken out of context from a conversation about an article covering DaBaby allegedly being accepted again by the LGBTQ group Relationship Unleashed.

Joe Budden then trolled the internet by seemingly confirming he was sexually attracted to both genders. The New Jersey native tweeted, “Ahhhhhhh, I see the word got out!! Continue to spread the word [please].”

“Joey may be a women beater but far from Bi… and Vado better stop calling, DM’ing me and popping up to my old crib. I’m [just saying],” tweeted Tahiry on Thursday night.

The Harlem-born reality show star added, “Na, I would’ve known! We did things. And I’m submissive… ONLY IN BED! So that’s a hard pass. No point intended. Lol”

At first, Tahiry backed the idea that Joe Budden was just trolling for attention by writing, “I’ve put the past behind me… THANK YOU THERAPY… Phone please stop ringing!!!! He’s a calculated person, a smart person, so smart, it hurts him a lot of the times! Stay tuned!”

However, Tahiry later posted, “I mean he got a little money now and ninjas that ain’t never had nothing might just get excited, bored & want to try new things. If so… please let him LIVE!🤷🏽‍♀️.”