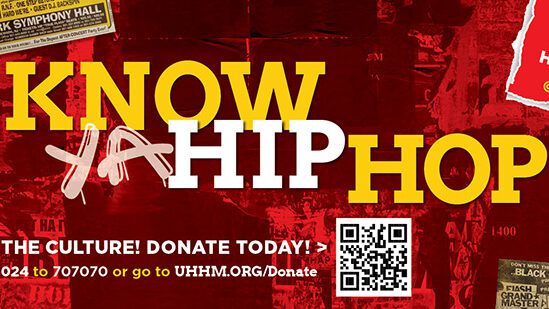 The Universal Hip Hop Museum and AllHipHop.com will partner this November to celebrate the inaugural Hip Hop History Month commemoration to present to you, the first annual “Know Ya Hip Hop” campaign.

“Know Ya Hip Hop” is a series of social media posts that highlight 30+ outstanding contributors to the culture. We have considered all of the four elements of Hip-Hop (DJ, Emcee, Graffiti, B-Boy/B-Girl) adding a few that are often forgotten (Fashion, Production, Hustle, etc.). We also made sure that we have a balance of gender, race, ethnicity, region, and all the other things that have divided the culture, to present you a solid list.

“Know Ya Hip Hop” will further debut some special flyers from the museum’s never before seen archive, collected by Paradise Gray (Chief Curator) Prime Minister Pete Nice (Co-curator) for the UHHM’s Archives, Curation, and Education department. These valuable relics showcase some of the earliest concerts of the culture.

Today’s first contributor that we are celebrating is DJ Kool Herc.

Jamaican-born DJ Kool Herc is considered by many the “Father of Hip-Hop.” The DJ, instrumental in forming the party crew The Herculoids (which included Coke La Rock who is also considered the first emcee in the culture), threw a  “Back to School Jam ” for his sister at the rec center in his building on August 11, 1973. That jam on 1520 Sedgwick Ave is considered the jump off of Hip-Hop culture as we know it and Herc is credited as the central figure around that historic day.

Check out our first flyer for a concert held on this day, 36 years ago.

IS THIS ONE OF THE FIRST FLYERS TO FEATURE MEMBERS OF THE WU-TANG CLAN?

The Wu-Tang Clan dropped “Enter the Wu-Tang (36 Chambers)” in 1993, but the origins of the group date back nearly a decade earlier to 1985 as evidenced by this rare flyer recently discovered by the UHHM curators. On November 1, 1985, Old Dirty Bastard, the RZA, and GZA shared the stage of Bed Stuy’s Galaxy Ballroom with Dr. Rock of the Force MCs and Tony Ds group, the Bad Boys,  performing their hit “Inspector Gadget” and featuring the female beatbox, K-Love. ODB appeared as “The Baby Beat Box Unique Ason” and the RZA and GZA were billed as the group “All  In Together Now” featuring “The Rap Genius.” Other dancehall and reggae artists also hit the stage that night with specially invited guests Doug E. Fresh and Slick Rick also listed on the flyer. This flyer could be the earliest evidence of Wu-Tang members performing in public in existence.

This “Know Ya History” Moment has been brought to you by @uhhmmuseum. Click here to find out more information about the museum and make a monetary donation for the important work we do.’