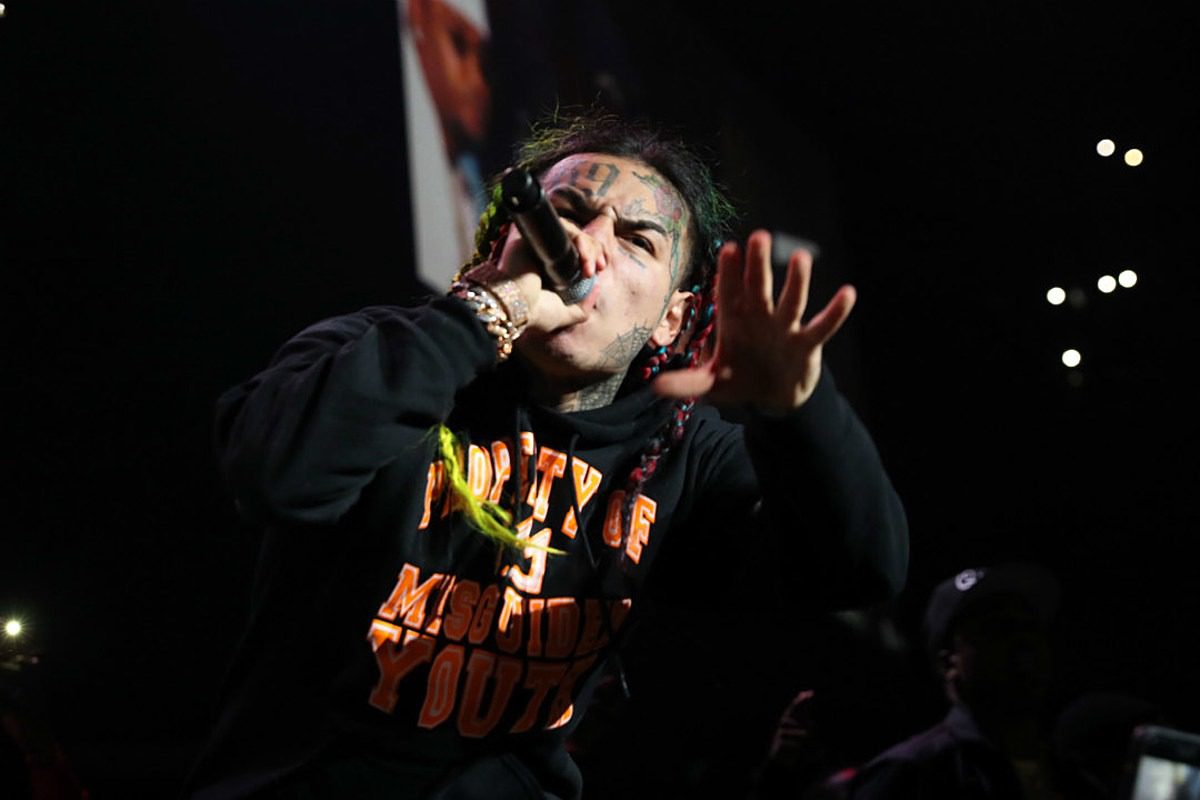 Blueface is slated to add to the list of recent celebrity boxing participants when he takes on TikToker Kane Trujillo in a bout scheduled for July 23. On Saturday (June 26), Tekashi was live on Twitch and decided to go at the "Thotiana" rhymer. "Yo, the only time people talk about Blueface is when he's not doing music," the Brooklyn rapper-federal informant said to the person he was talking to on the phone. "I don't know what the fuck you talking 'bout. Who the fuck is Blueface?"

6ix9ine also threw his current nemesis Lil Durk's name into the mix, saying he would put paws on the Chicago rapper. "Yo, get Lil Durk in the ring right now, I'm eating him alive. I will violate him, on King Von's grave, nigga," he added, also mentioning Durk being quiet about Lil Reese recently getting shot.

Tekashi added another shot at Durk in the comment section. "I love how ya favorite rapper raps about gangsta sh*t but when all his friends die around him he does nothing about it. Argue with your dirrtyyyy family," he typed.

6ix9ine and Blueface's issues date back to last March when Blue called out Tekashi for his trolling ways while Tekashi was still in prison. In September, they traded shots on the internet after Blue called Tekashi's new "TuTu" single trash and advised his fans to listen to Lil Durk's music instead. 6ix9ine then pointed out Blueface's paltry album sales.

Any guesses on dollar amounts before you look?
Industry Stories - by admin