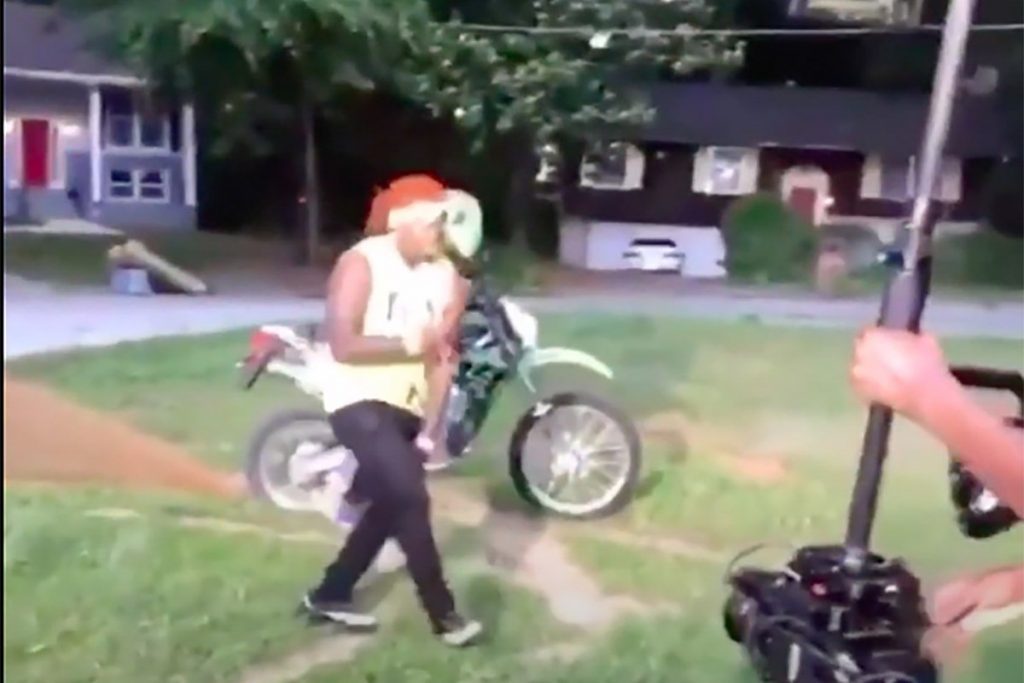 Gunna and Lil Keed's recent video shoot ended abruptly and 6ix9ine has inserted himself into the conversation with a troll-like statement.

In video footage, which began to circulate on the internet on Monday (June 9), noises similar to gunfire began to sound while the Atlanta rappers were filming the music video for what appears to be their collab "Fox 5." People on the set of the video quickly begin to scatter in fear. Following the minute-long video being surfacing all over Instagram, Tekashi has commenting, bringing back Gunna's past Crime Stoppers allegations.

"This happen after the crime stoppers video?," 6ix9ine questioned in an IG comment.

The "Fefe" rapper refers to a year-old allegation stemming from when a rapper named Tec shared footage of Gunna, after the Baton Rouge rhymer criticizes Young Thug's clothing line, creating beef between himself and the "Drip Too Hard" rapper. Gunna later confessed he was in the video, though he says it was not crime stoppers-related in origin.

"Yes, that's me, but that wasn't on no Crime Stoppers," Gunna says. "I don't know what the hell niggas thinking about 'cause I wasn't in no case or nothing. So a nigga even saying like, 'You snitched on…' Who? I was never in no case."

Since being released from Federal prison to serve the remainder of his sentence on home confinement, 6ix9ine has been branded a snitch and has repeatedly tried to expose other rappers rumored to have gotten away with snitching. In mid-May, the 24-year-old attempted to expose hip-hop vet, Snoop Dogg for allegedly snitching on Suge Knight back in the day.