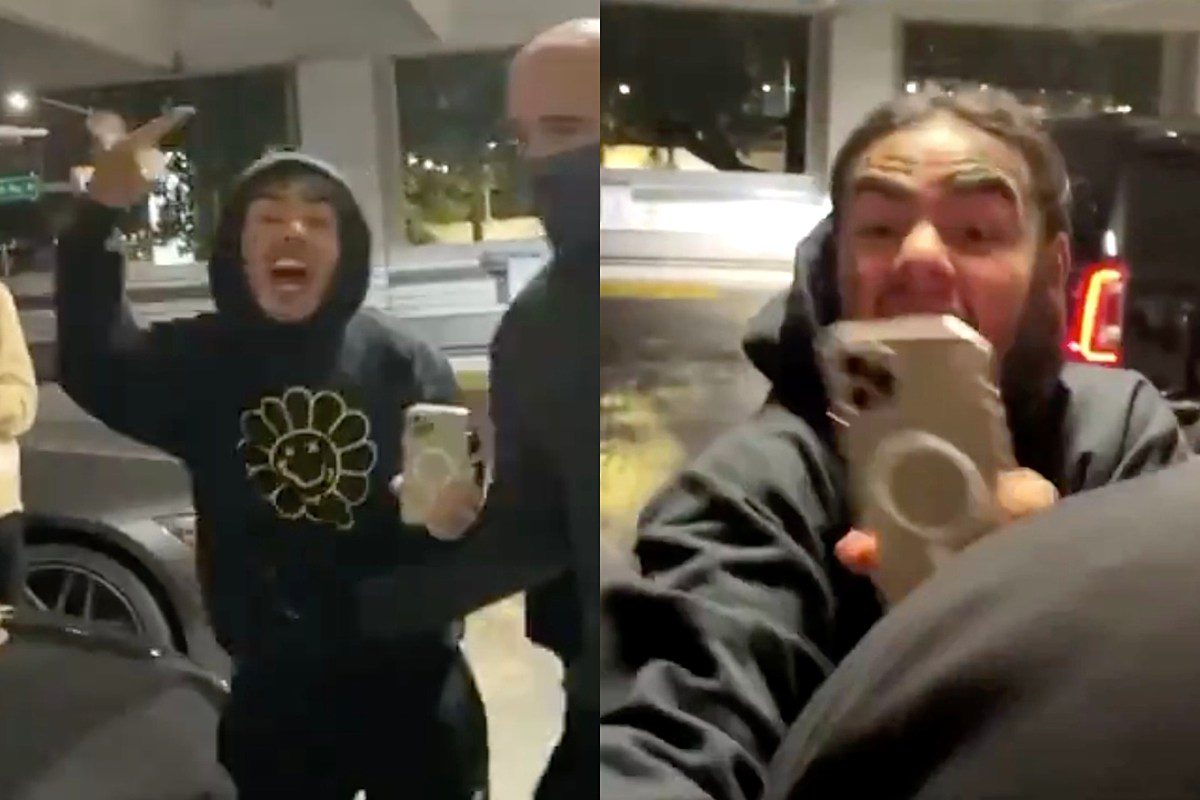 6ix9ine and Meek Mill ran into each other on Saturday night, and things almost turned physical between the two rappers.

On Feb. 13, videos began surfacing on the internet of both artists getting into a heated exchange while surrounded by their respective security details in what appears to be a parking garage. In one of the shaky clips that seems to be filmed by Tekashi, he yells at Meek while their bodyguards get in between them. "You with police, nigga. That nigga's a cop," 6ix9ine screams while Meek yells as well.

In another video Meek posted to his Instagram Story, which was apparently taken after the dust settled, he approaches members of 6ix9ine's security and roasts them. "Y'all bitch-ass security bring 6ix9ine over here, huh?" Meek says while the men try to ignore him. "What y'all trying to get me locked up? Clown-ass niggas. Why the fuck y'all even bring that clown over here?"

Meek later commented on social media about the altercation. "The feds sent him to take me out," he wrote. "Had to spit on him so he retreated lol He really waited outside the club for me. I thought I was dreaming WTF we almost smoked him lol he posed to be a little threat popping up in the parking lot and waiting for me."

Of course, Tekashi ran on social media and commented as well. "Stop letting these rappers lie to you. They to tough for security. @MeekMill running around with police. This how you expose these fake gangstas."

Meek then went to Twitter to describe what happened. "69 waited out side the club for me they tryna get usssssss wtf," he posted. "We did not run into eachother I was getting in my car he just popped out ….we almost was smoking on that 69 pack for the love of a viral moment ….. he tryna get something locked up no cap lol. Why did he pick meeeee wtf lol."

Both Meek and 6ix9ine have since-deleted the Instagram posts that appeared on their respective timelines.

Meek and 6ix9ine have a history of disdain for each other. Last year, the back-and-forth started when Meek Mill clowned Tekashi while he was still in prison in early 2020. In May of 2020, 6ix9ine later clapped back at the Philly rapper after doing a song with Meek's ex, Nicki Minaj. Then Meek fired back by calling Tekashi an informant with a keyboard, which led to the New York rhymer trying to expose the Dreams and Nightmares artist.

The confrontation comes as 6ix9ine has been teasing a new single, which he has yet to drop.