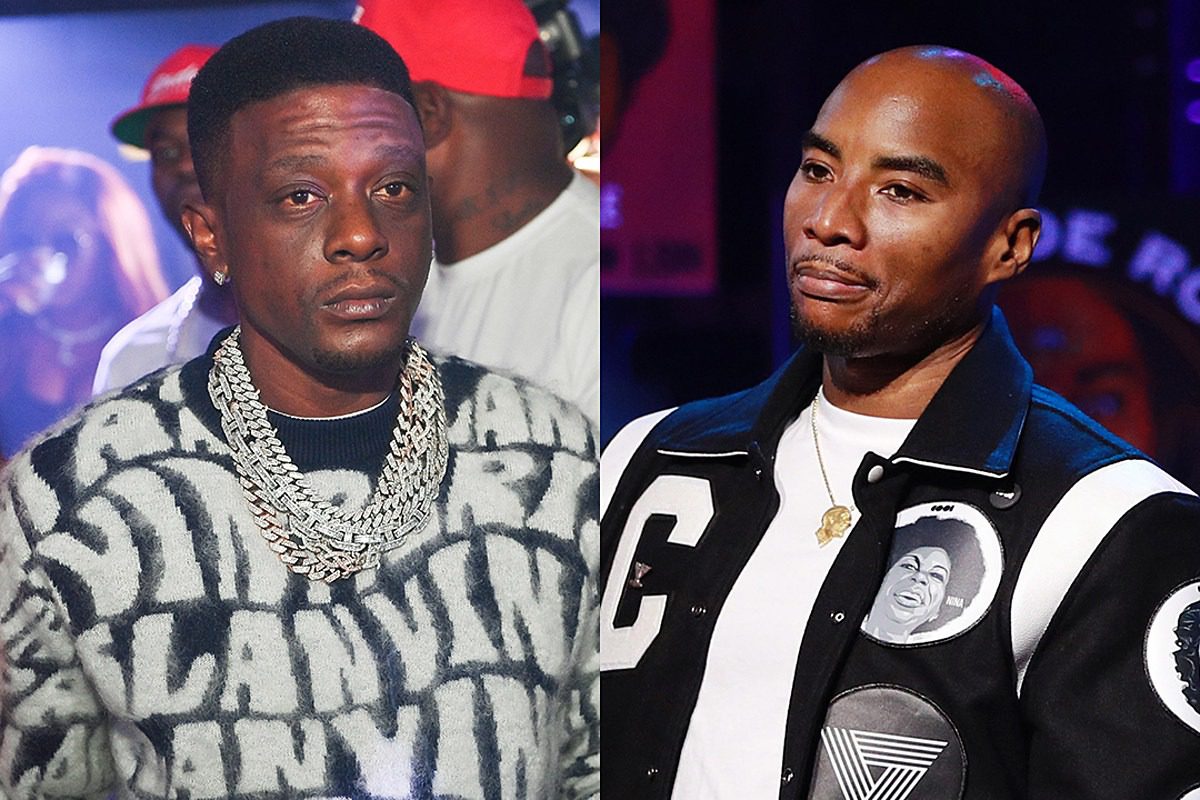 Boosie BadAzz rarely holds his tongue, but perhaps he should be more careful when lamenting online to avoid calling out the wrong person or responding to the wrong social media message.

On Tuesday afternoon (November 2nd), Boosie hopped on Twitter to put The Breakfast Club cohost Charlamagne Tha God on blast following LGBTQ activist and reality TV star Ts Madison making an appearance on the radio show this week where she condemned Boosie for the homophobic remarks he's made about Lil Nas X in the past.

He tweeted, "THEY STILL GOT MY NAME N THEY MOUTH BOUT THAT GAY SHIT LOL
@cthagod U PART OF THE PROBLEM KEEP EGGING THESE PEOPLE ON YOUR SHOW WITH THIS BRO.U USING YOUR PLATFORM TO SUPPORT NASxn his ANTICS ( I SEE WHAT SIDE U ON ) HE SAID FUCK YALL KIDS SMH DUMMIES ."

However, instead of the Baton Rouge, La. rhymer's message being directed at something Charlamagne specifically said on Twitter or even a standalone tweet, he somehow responded to a 19-year anniversary tweet from Oct. 25 for the 2002 film Paid in Full based on the Harlem, N.Y. drug scene in the 1980s.

The anniversary tweet said, "19 years ago today, “Paid In Full” premiered in theaters. Based on Harlem legends Rich Porter and Alpo Martinez, this movie grossed $1,328,789 on its opening weekend and although receiving mixed reviews, the film has been considered a Hood Classic Did you enjoy this movie? "

Boosie's misplaced tweet appears to be in response to Ts Madison who not only denounced the rapper, but also criticized his parenting.

Charlamagne chimed in, acknowledging that no street rapper has the right to say Lil Nas X is a detriment to children because they've likely negatively impacted the youth on some level by rapping about "violence towards people, selling celebration of drugs, using or selling, you can't stand on that moral high-ground."

C Tha God then said those rules apply for everyone, himself included.

The radio show host later responded to Boosie's comment, saying, "I'm not on no side. I'm on the side of Blackness. First and foremost, I'm gonna send Boosie healing energy. And I don't even know what I got to do with it. If I'm mistaken, I thought I also said me included when I said we can't stand on that moral high-ground as far as pointing at somebody and saying they're a detriment to kids because we've all said or done things that probably influenced kids negatively."

He was later hit with massive backlash for admitting to "facilitating molestation."

Boosie shared the same story years prior, in 2017, saying that he got his son oral sex for his 14th birthday.

Check out Ts Madison call out Boosie BadAzz below as well as Charlamagne The God's response to the controversial artist's tweet.