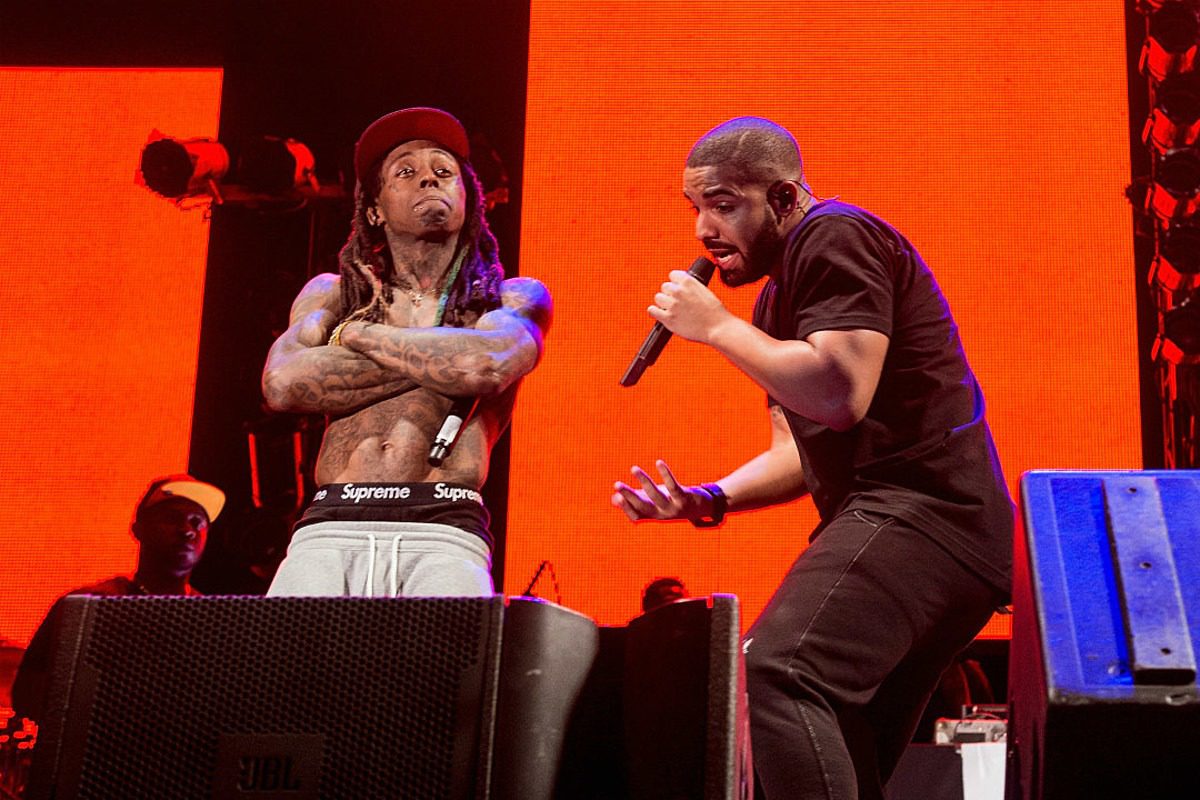 On Sunday (June 21), Drizzy shared a number of Father's Day shout-outs on his Instagram Story, giving paternal props to Jamie Foxx, LeBron James, Snoop Dogg and more. Aubrey had a special message for his big homie Weezy. "@liltunechi You are my brother but you raised me so Happy Father's Day I love u g forever," he wrote over a picture of the Young Money head honcho.

Drake and Lil Wayne's relationship has lasted over a decade, since the then budding rap star signed to Wayne's Young Money label in 2009. Though it's been a while since they have collaborated on music together, we should be getting a duet from the rappers sooner than later. Last month, Drake was a guest on Lil Wayne's Young Money Radio. During the talk, he promised to break the drought and work with Tunechi on music in the near future.

"Let me explain to the people, though. Now, something about me and Drizzy songs that we do together. We are both perfectionists," Wayne revealed about working with his protege. "So, it's not like, you send me a joint, I'm going to throw a verse on there and…We got a standard we got to live up to and we got a track record and a legacy we got to always protect. And then on top of that, it's like we have this thing where it's like, well, if I'm a send you a joint and I'm going to go first, first of all, I already know, it's like, all right, I know this man's about to go crazy on me."

Hopefully, the new collab appears on Drake's upcoming album, which is slated to drop this summer.