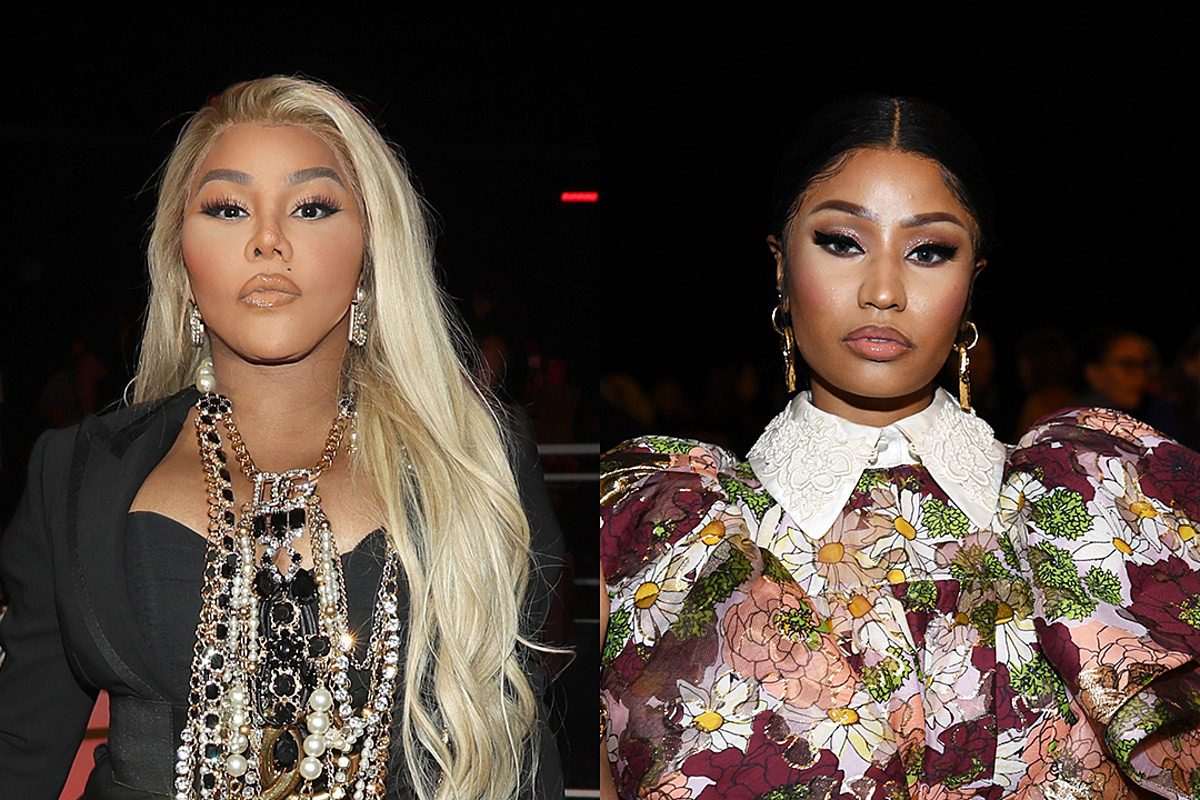 Things haven't been particularly friendly between Lil Kim and Nicki Minaj over the years, but apparently things might be water under the bridge on Kim's end these days.

While on the red carpet prior to the live airing of the 2021 BET Awards on Sunday (June 27), the Brooklyn-bred rapper shared that she'd like to do a Verzuz against Nicki. When asked by DJ Envy, of Power 105.1's The Breakfast Club morning radio show, who Kim would like to do a hit-for-hit battle against, she named the Queen rapper without hesitation.

The La Bella Mafia rhymer replies, "Yes." DJ Envy continues, "Is there anybody that you would do it against or you're just ready for anybody?"

Nicki Minaj and Lil Kim have somewhat been at odds for at least a decade. Their rap beef dates back to 2008 when people claimed Nicki copied Kim on the Young Money Entertainment artist's 2008 mixtape, Sucka Free. On the cover, the Queens, N.Y. MC is squatting in a bra and panties, similar to the Queen Bee's 1996 Hardcore album cover. The two apparently met sometime later at a Lil Wayne concert where Nicki reportedly asked Kim if things were cool between them. However, the story appears to be a game of telephone because there are apparently different versions of it. Nicki said Kim responded saying things were fine, but Kim on the other hand said that Nicki replied, "Picture somebody saying to me, 'We good?' I'll ring her throat, snatch her larynx out."

Nicki then threw jabs at Lil Kim on Diddy's "Hello Good Morning" remix in 2010. To this, Kim responded at a club appearance in Nicki Minaj's hometown. From that point, things continued to go left. Nicki reportedly called Kim a sore loser. Then, disses on wax starting flying.

Three years ago, during a radio show appearance in 2018, Kim debunked claims that her and Nicki are still beefing.

A Verzus between Lil Kim and Nicki Minaj, two rap phenoms, would be a moment for the culture.

See Lil Kim speak on wanting to compete in a hits battle against Nicki below.

Find reactions to the potential matchup between Kim and Nicki below.