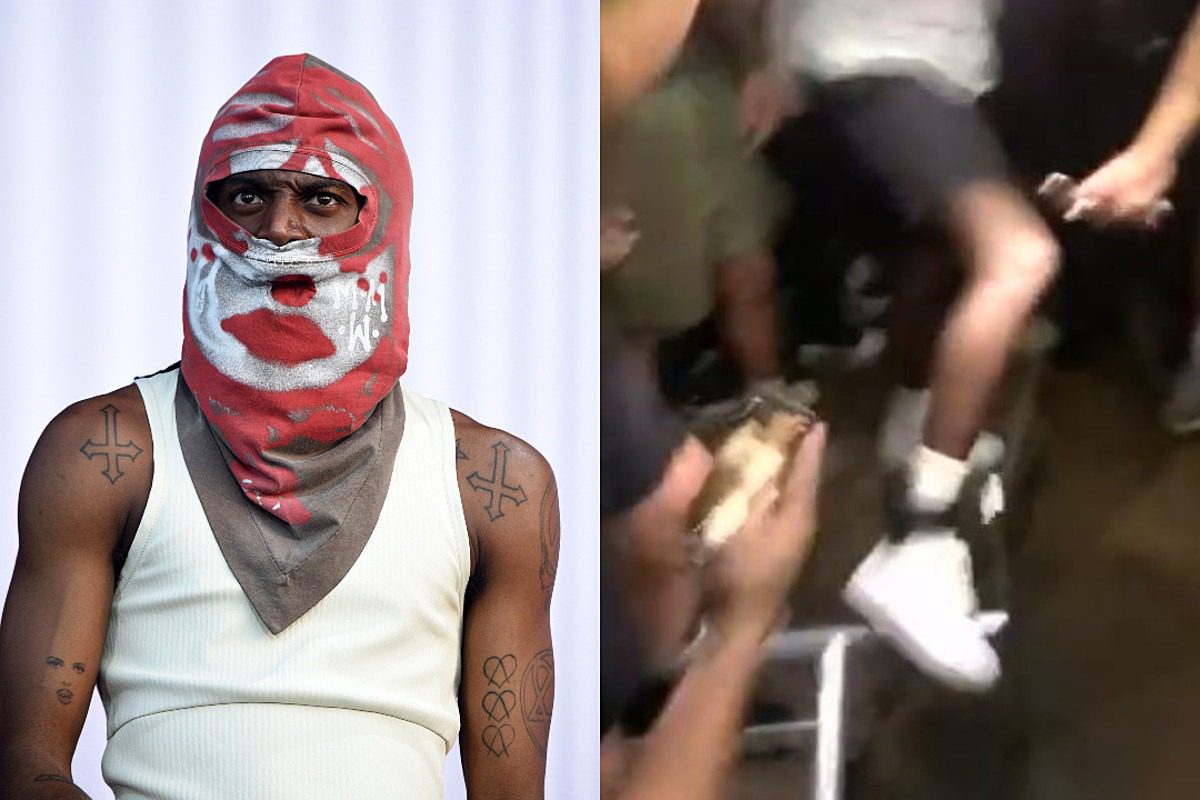 A Playboi Carti fan recently apparently risked it all in order to see the rapper in concert only to have the show get canceled.

Last night (Oct. 23), Carti was set to play NRG Arena in Houston and a whole lot of fans showed up. One fan in particular appeared to have on a police-issued ankle monitor. Video has surfaced of the ecstatic youth showing off his house arrest jewelry to the crowd, many of whom are filming the spectacle. As the crowd cheers him on, the guy happily boasts, "I broke my whole curfew just to see Carti."

Unfortunately for that young man, the show was nixed. According to the Houston Chronicle, the concert was canceled due to safety concerns after people who had been waiting in line breached security barriers around the arena and chaos ensued. When police finally resumed order, the show was shut down. In one video of the aftermath, several police officers can be seen directing fans to leave and advising them the show has been canceled. Concertgoers were told to get refunds.

Playboi Carti's Narcissist Tour kicked off on Oct. 14 in Nashville Tenn. This isn't the first wild moment on the young jaunt. On Oct. 15, during the second show in Charlotte, N.C., a wild fight broke out in the crowd that resulted in a fan being beaten bloody.

Carti's tour has 35 dates left including stops in Atlanta, Chicago, Detroit, New York City, Philadelphia, Toronto, Los Angeles and more. Fans are still waiting on the eccentric rapper's Narcissist album, which he has been teasing for a few months.