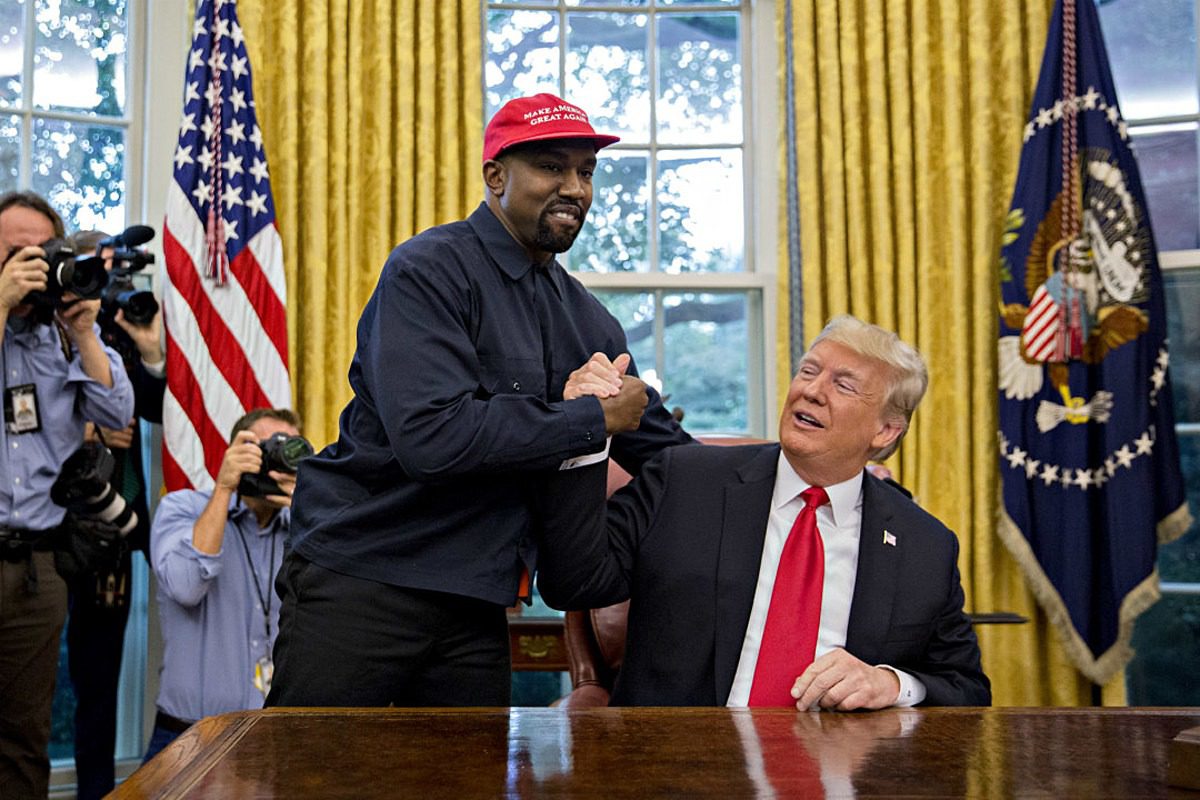 Those people wondering how President Trump feels about his pal Kanye West announcing his desire to run for president in 2020 now have their answer.

On Thursday (July 9), No. 45 spoke directly about West's claim. He did not seem fazed by any possible competition. “[Kanye] is always going to be for us, and his wife is going to be for us,” Trump said in an interview with Fox News’ Sean Hannity, according to The Hill.

“[He’s a] very good guy. He is a person that I get along with very well,” Trump added. “At the end I think he would support us over anyone else, we have to stop the radical left from taking over our country.”

'Ye doubled down on his presidential campaign claims earlier this week in an interview with Forbes when he announced his running mate as Michelle Tidball, a preacher from Wyoming, and revealed his independent party name as the Birthday Party.

"The other thing is, my campaign is Kanye West YES, not YEP, not YEAH. YES. YES. YES… When I’m president, let’s also have some fun," Kanye shared. "Let’s get past all the racism conversation, let’s empower people with 40 acres and a mule, let’s give some land, that’s the plan.”

Kanye also appeared to denounced his alignment with the Trump campaign adding, “I am taking the red hat off, with this interview.”

The rapper has missed the deadline to go through the proper procedures to get on the ballot in the 2020 election in states such as New Mexico and Texas. However, he reportedly plans to get a waiver in those states by citing coronavirus concerns.

Kanye has recently come under fire for controversial comments about Planned Parenthood. His family reportedly said the incident could have been the result of a bi-polar episode.