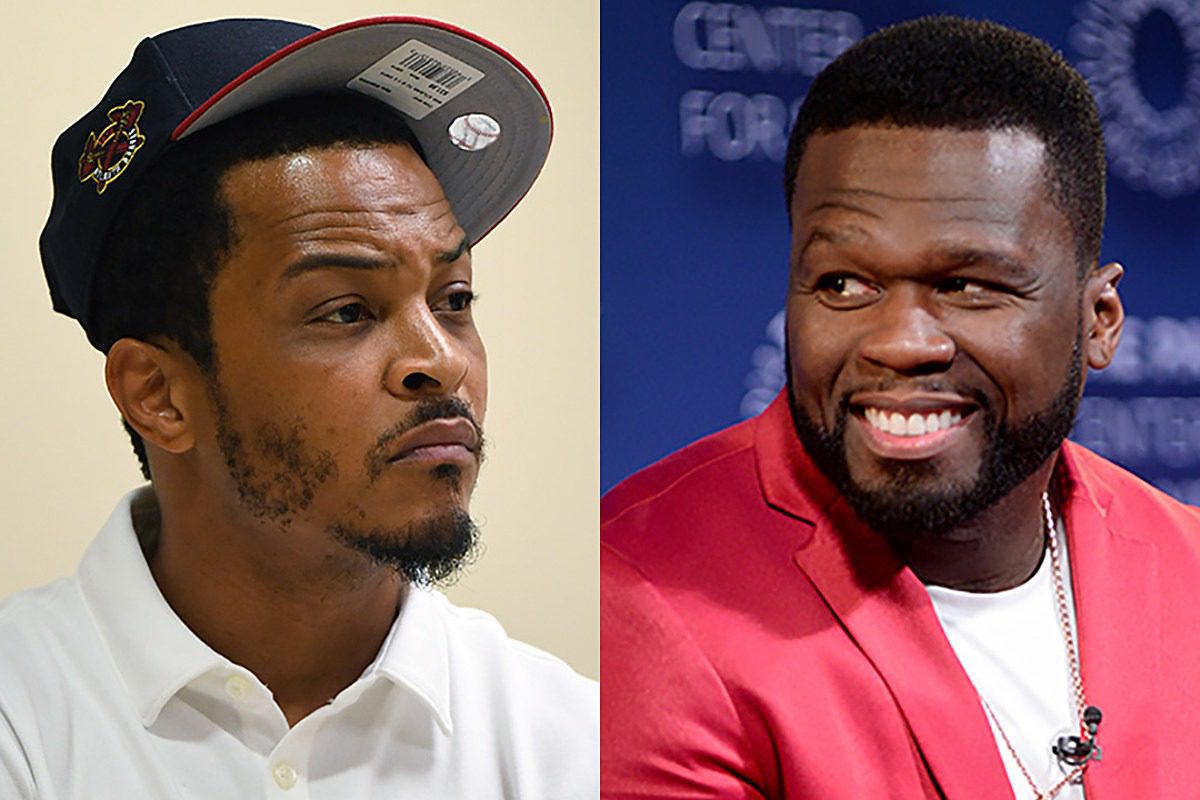 With the Verzuz battles keeping hip-hop stans entertained as the coronavirus rages on, 50 Cent is being challenged by another veteran rapper in the game.

On Monday (July 6), T.I. wished Fif a happy birthday in an Instagram video, but he was sure to apply pressure insisting that he could take on the 45-year-old rhymer in a hits battle.

"For your birthday, I offer you a challenge, sir," Tip said. "Pull your ass up with 20 of your records, man. Sit across from me, man. And get this work, man."

As the video continues, the "Whatever You Like" rapper brought up the 2007 record sales battle between Fif and Kanye West, in which 50 was severely outnumbered by West's first week sales for his Graduation album. ’Ye brought in 957,000 units, while 50's Curtis sold 691,000 copies.

"But, I understand if you don't want to answer to that challenge," T.I. went on. "Because last time you got challenged, Kanye West dusted your ass off."

The ATL native then said he wants smoke with Dr. Dre, Eminem and 50's G-Unit Records crew as well. "Bring yo ass on out," Tip asserted. "Bring ya records, bring ya hit records witcha. You and Dr. Dre and Eminem and all y'all. Got damn, the G-Unit, all y'all…y'all bring y'all ass on out. C'mon, see the king. And I fuck with you 50. It ain't you this time. It's your catalog that gots some trouble. Your muthafuckin’ catalog is in trouble."

50 Cent later responded to T.I.'s request in an IG post. The rapper-turned-actor trolled the Atlanta-bred artist, writing, "Yo somebody passed T.I. the weed they gave smokey in Friday. L.O.L."

This isn't 50 Cent's first invitation to participate in a hit-for-hit Verzuz battle. Back in early April, Ja Rule, Fif's longtime rival, offered to do a battle for the culture and bring the two of them together. Fif declined in a hilarious fashion mocking his fellow New York rapper using a GIF from an episode of HBO's Entourage, where 50 can be seen driving away and laughing.

Will 50 end up in a Verzuz battle against one of his peers? Only time will tell.