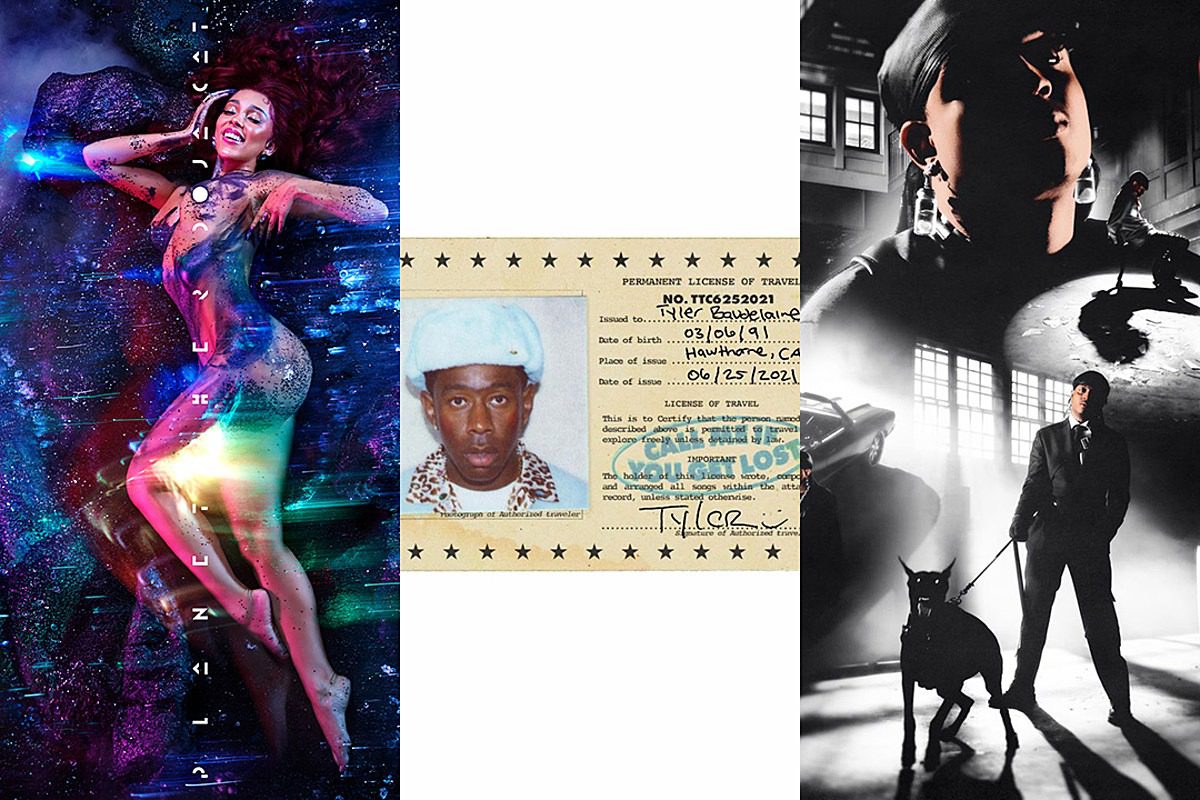 Summer is officially here and while things have been warming up with new releases in prior months, the heat is only becoming more intense. This week, there's new music from a Grammy Award-winning rapper, a Billboard chart-topping artist and a former 2018 XXL Freshman.

Tyler, The Creator is known for his wittiness and he leaned into his satirical bag when recently launching billboards in Los Angeles, London, Paris, Berlin, Stockholm, Sweden, Amsterdam, Netherlands, Sydney, Australia, Toronto, Montreal and Vancouver that donned the words: "Call Me If You Get Lost." The massive boards reference what fans now know is his album title and a mysterious telephone number. After the cryptic hints, Tyler's latest effort, Call Me If You Get Lost, has arrived. Prior the album's arrival, the former Odd Future member dropped the project's lead single, "Lumberjack." The new album is Tyler, The Creator's first offering since Igor, which earned him the Best Rap Album Grammy in 2019.

Doja Cat is pulling up with new music as well. The California native's new album, Planet Her, is now available on digital streaming platforms. The LP, which was first announced on June 9, features appearances from Young Thug, J.I.D, The Weeknd, SZA and Ariana Grande. The 14-track offering comes after a host of features Doja has delivered in recent months including Ariana's "35+35" with Megan Thee Stallion, "Best Friend" alongside Saweetie and City Girls' "Pussy Talk." The first joint to be released from the album was "Need to Know," which also came along with an accompanying video.

South Florida's Ski Mask The Slump God returns after a decent hiatus with his new mixtape, Sin City. Ahead of the tape's arrival, Ski released an ominous black-and-white visual, which features the rhymer entering an establishment with a bloodied face, replicating his favorite movie, which his latest project is named after. In an exclusive interview with XXL for the summer issue of the magazine, Ski Mask spoke about the inspiration for Sin City. "Sin City is also one of my favorite movies that I’ve always as a kid rewatched it," he said. "I really just like the aesthetic of the movie. But, what really made me do it was because my dad was a rapper in Florida when I was a kid. His name was Sin City 954. And that’s really what I really captured it from." The effort also contains production from Ronny J, Kenny Beats, John Cunningham, Slice and Nuri. Ski Mask The Slump God's last project, Stokeley, dropped in 2018.

Five years ago, some of hip-hop’s lauded albums dropped.
Industry Stories - by admin