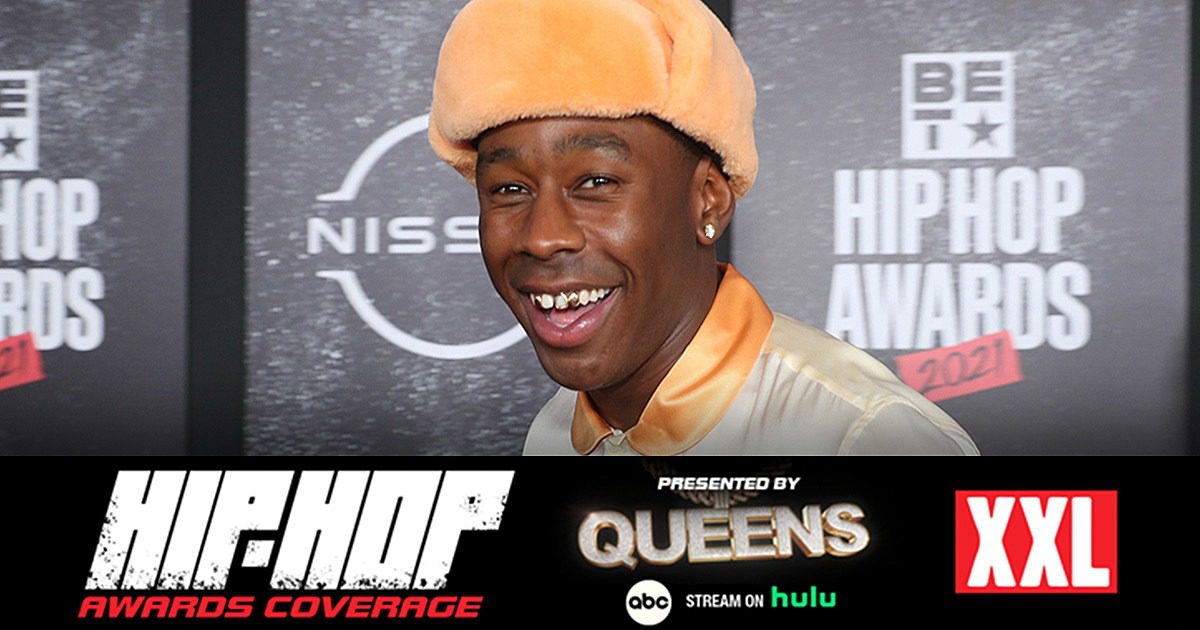 The Best Live Performer has been crowned by the 2021 BET Hip Hop Awards.

Tyler, The Creator received the honor of Best Live Performer at the 16th annual awards show, which aired on Tuesday night (Oct. 5). He won the distinction over a stacked lineup of Busta Rhymes, Cardi B, DaBaby, Doja Cat and Megan Thee Stallion. Tyler has been headlining festivals and throwing his own for several years. This past July, he headlined Lollapalooza.

The Odd Future leader, who appears on the cover of XXL's fall 2021 issue, has been doing his thing over the past year, with a recent resume that includes his No. 1-selling album, Call Me If You Get Lost. Tyler, The Creator's Best Live Performer win follows Travis Scott, who took home the award at the 2020 BET Hip Hop Awards.

Tyler also took home a big win with the honor of the inaugural Rock The Bells Cultural Influence Award, which was presented to him by LL Cool J. During his speech, Tyler said, "This thing that’s a hobby or a pastime or a passion for us—a lot of people in here, it kept us out of trouble and it allowed us to change our family lives, our friends' lives or our lives. It’s like a pathway for a lot of us to really just go.”

In addition, the multiplatinum-selling MC was awarded with the Hip-Hop Album of the Year honor for his lauded CMIFYGL album.

Nelly received the I Am Hip Hop award.

Major shout-out to Tyler, The Creator on his win.