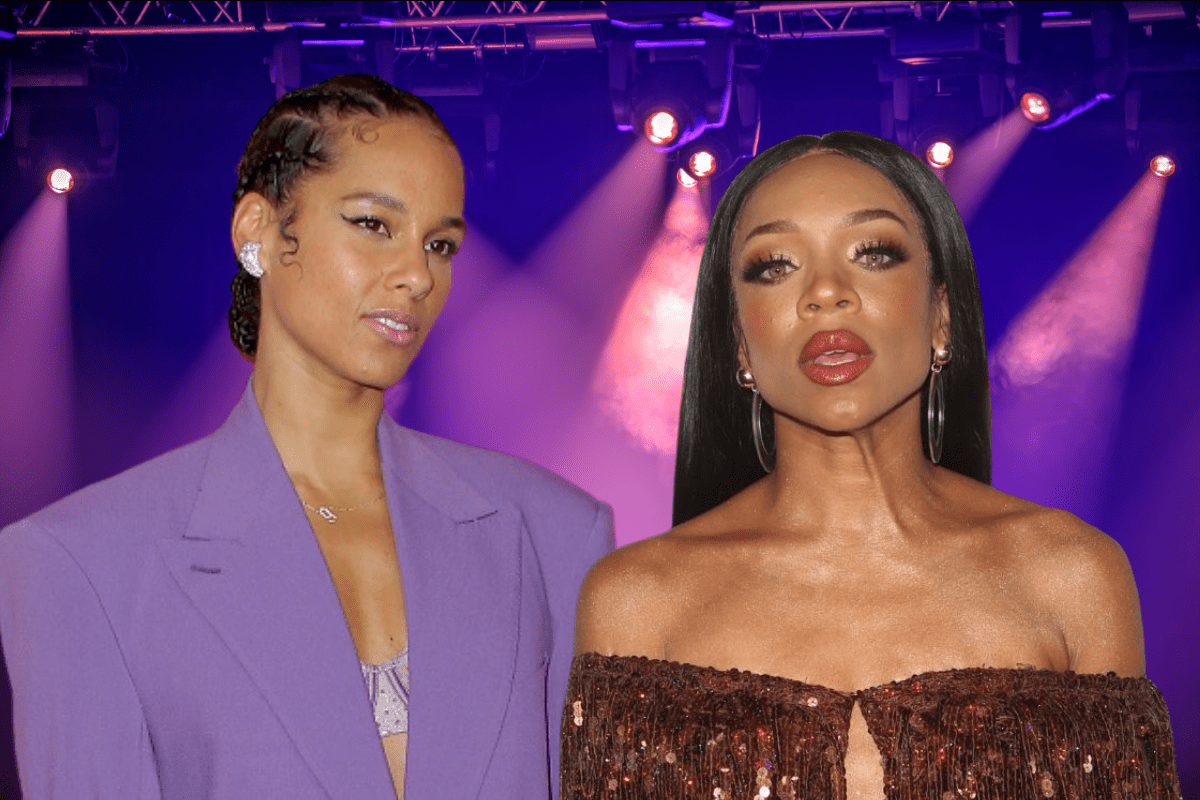 When Lil Mama crashed the stage at the 2009 MTV Video Music Awards the viewing audience cringed in unison. It turns out that Alicia Keys doesn’t quite see it the same way. In fact, at the time, she didn’t even see Lil Mama on stage at all!

It is one of the most memorable moments in the annals of Hip-Hop history. Jay-Z and Alicia Keys were performing their classic New York anthem, “Empire State of Mind,” at the awards ceremony. They were killing their set until, out of nowhere, Lil Mama danced her way onto the stage head nodding vigorously at Jay-Z. Hov looked shocked but ever the professional kept to “the show must go on” rules, while attempting to ignore the stage invasion. Undeterred, Lil Mama remained on stage even cozying up to the pair for their final pose.

The aftermath was savage for Lil Mama who has spoken publicly about the incident several times. She attempted to reach out to Jay-Z and Alicia Keys to apologize but neither of them has responded.

“I entered the industry as a teenage Black girl from Brooklyn & Harlem NY. These situations are with mature adults at least 10 years my senior. I reached out in private to create an opportunity for communication and clarity.” She added, “Continuously misrepresenting my brand in public won’t be tolerated.”

Jay-Z addressed it shortly after it happened on Angie Martinez’s Hot 97 radio show back in 2009. “To interrupt that moment for us, I don’t think that was the right thing to do. It was a lot of planning that went into that performance. To disrupt that was outta line.” He went on to say though it angered him, there wasn’t much he could do about it. “What I’mma do, fight Lil Mama?” He rhetorically asked.

Alicia Keys Says She Didn’t Even See Her!

On a recent appearance on “The Morning Hustle” Alicia Keys was asked if she forgave Lil Mama.

“Of course, of course. Listen, to this day, I truly never knew she was even on the stage,” she admitted. “That’s the craziest part of the whole thing for me. I was on that stage, Jay was in the middle, she was on the other side of Jay, and I never saw her. Never. So, that was wild to me.”

“But I absolutely…it’s not even a statement. That was then,” she continued. “You know, she’s from New York, too. You know, I think she really felt the energy of the record and she loved it and she couldn’t hold herself back. Look, this is what my music does to people. What can we say?”

Watch the clip below.