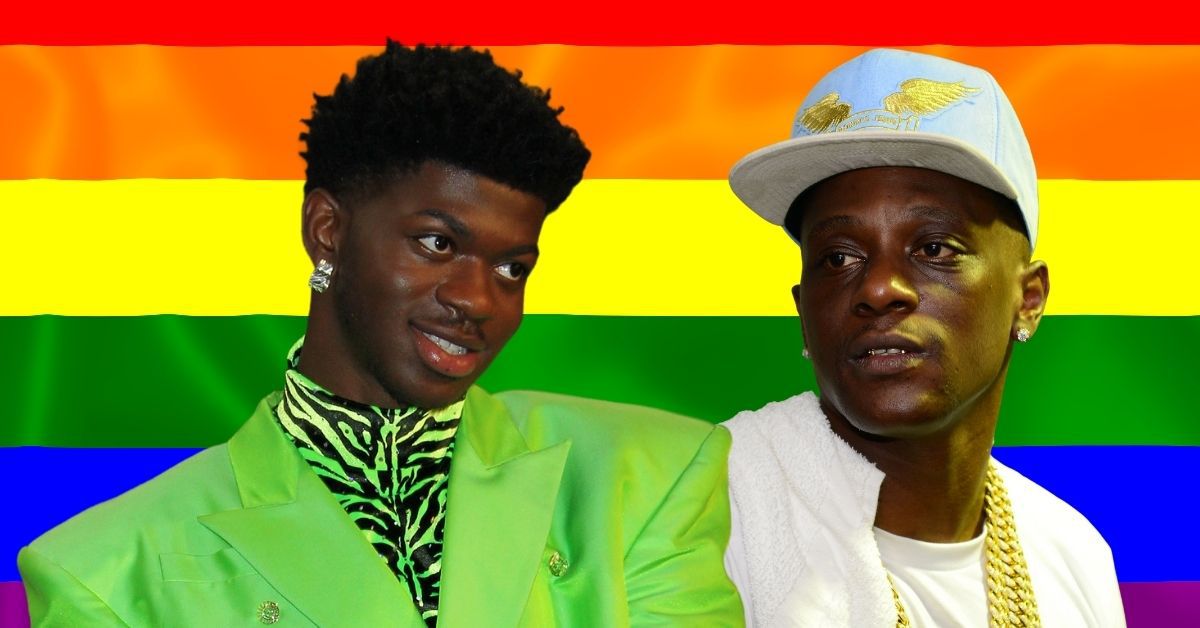 The cold war of words on the internet between Boosie and Lil Nas X is spilling over in real life.

Boosie has made his disdain for Lil Nas X very clear over the last year.

The Baton Rouge, Louisiana rapper has threatened to attack Lil Nas X on stage after the “Old Town Road” hitmaker kissed a male dancer during the 2021 BET Awards.

Late last month, the pair were at it again when Lil Nas X trolled Boosie and claimed he was going to collaborate with the openly homophobic rapper.

Lil Nas’ comments led to Boosie posting a tweet calling him a f##### and telling the pop star to commit suicide. Boosie eventually backtracked a little bit during a livestream where he said that he did not hate Lil Nas X.

Now it appears Lil Nas X’s fans are coming to the aid of their hero in a video that has gone viral.

Footage circulating on the net shows a man dressed in what appears to be a purple bathroom claiming to be Lil Nas X’s niece. As Boosie exited a restaurant, the man aggressively walked up to the rapper and threatened to fight him.

Jay Trilogy
@jaytrilogy
Dammmmn! This how the gays coming at Boosie?! Boosie wid it 🤣😲 https://t.co/XwpqA3wM0w 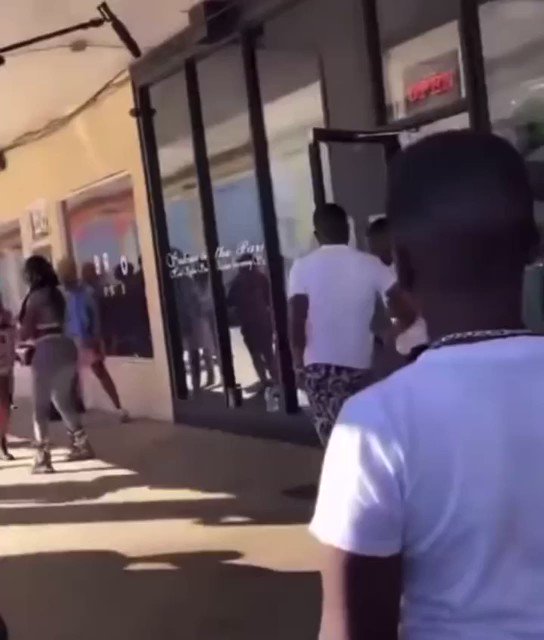 Boosie, who beat a murder charge in 2012, was on the verge of losing his temper.

As if the situation was not odd enough, the boom microphones and cameras videotaping made the altercation even more suspect.

Boosie has yet to comment on the viral video, which had him trending on social media.

Check out some of the reactions to the video: 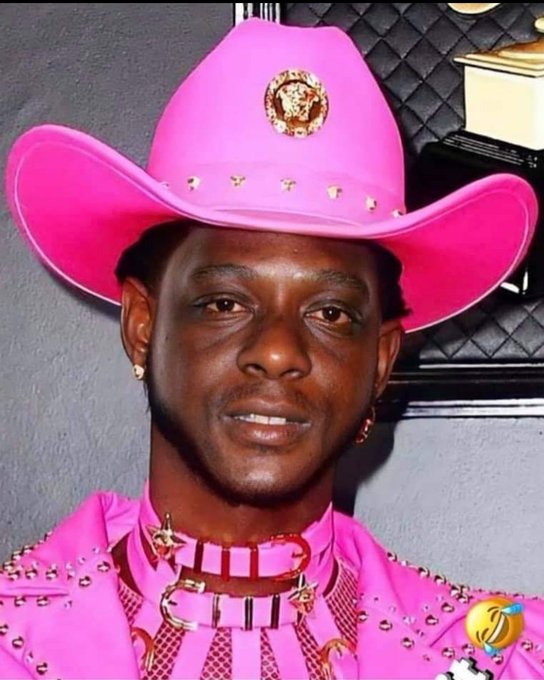 Mask up 😷 and Get Vaccinated 💉
@SATC_Addict
@kp_candice @merlinszn The lengths that he go too, why are you scripting a fight with a lil nas x fan into whatever you’re doing 🤣😂 https://t.co/UDE1e9AJZE 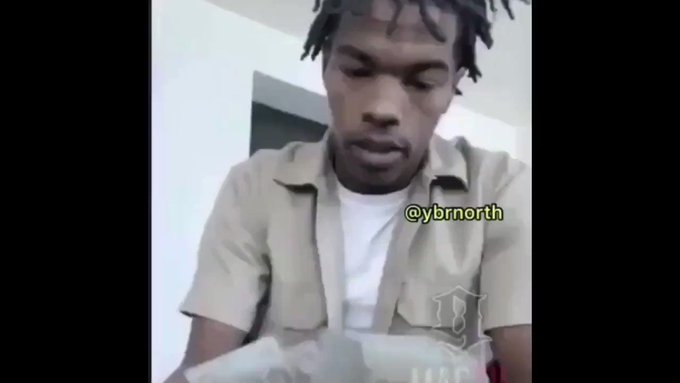 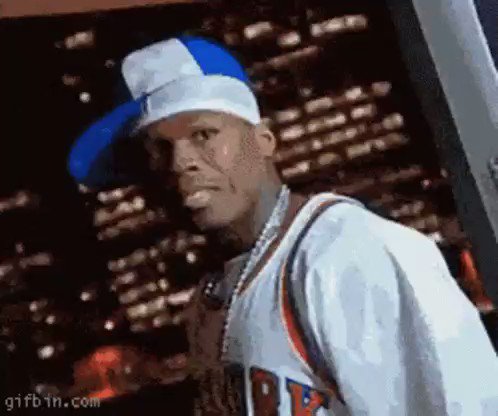 siphesihle
@nkosinathinomvu
@merlinszn I feel so sorry Lil Boosie's child imagine dragging your dad in public so he doesn't make a scene. I just feel like he's basically taking care of his father. This child needs responsible adults around him. #PROTECTLILBOOSIECHILDFROMLILBOOSIE

swatiswax
@swatiswax
@merlinszn It’s staged. Dude in the purple is an actor from New Orleans 💀💀💀

Lexxxi
@KeynLexxx
@merlinszn Y’all talking about the boom arm but… they got a whole camera person 😳 https://t.co/CaIYsZvcul 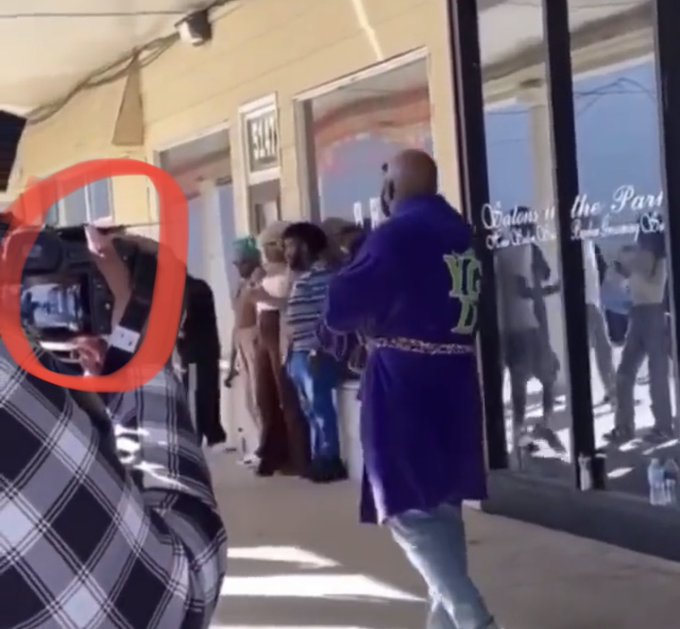 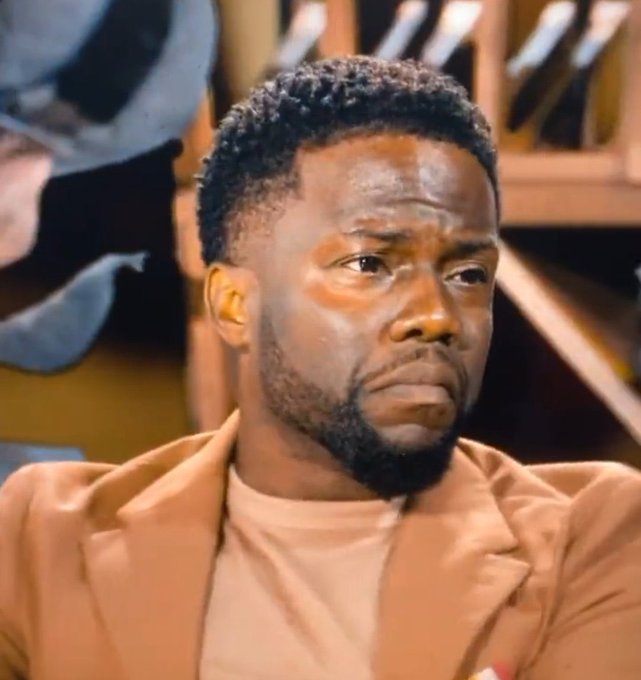