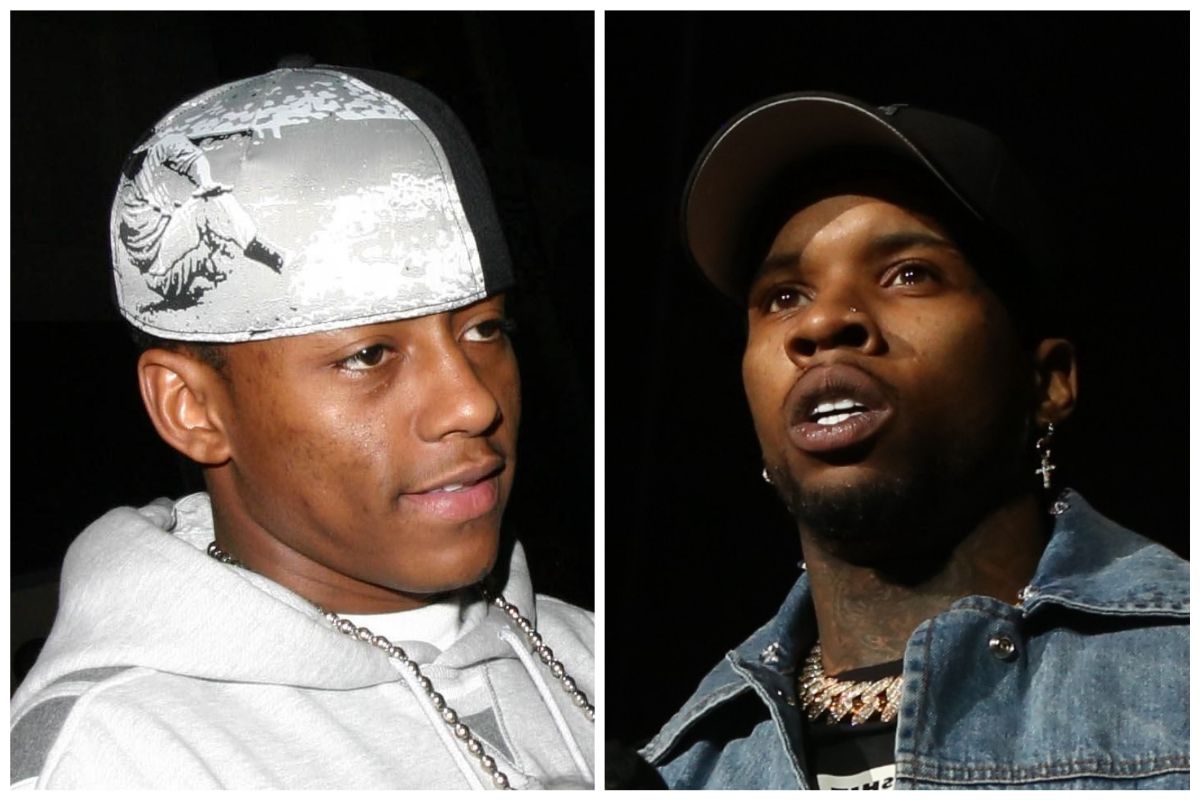 Tory Lanez had a lot of people talking about his appearance on Funkmaster Flex’s Hot 97 show. While most of the headlines focused on Lanez’s lyrics supposedly connected to Megan Thee Stallion, fellow Hip Hop artist Cassidy concentrated on different bars.

Apparently, Tory Lanez has again been accused of using Cassidy’s flow and lyrics for his Funk Flex freestyle. The Philadelphia native uploaded a montage of Lanez’s latest Hot 97 rap as well as clips from Cassidy’s own Hot 97 freestyle which included both rhymers using similar words and themes.

Plus, the Instagram video shows a flashback to a 2017 Hot 97 freestyle where Tory Lanez’s bars again sounded very much like Cassidy’s bars. Lanez denied stealing lyrics from the Split Personality album creator at the time.

Funkmaster Flex’s #Freestyle162 featuring Tory Lanez originally went viral for the Canadian referencing his arrest for allegedly shooting Megan Thee Stallion last summer. Lanez has repeatedly claimed he is innocent and a victim of some sort of conspiracy.

“Shout out to DaBaby, Roddy Ricch, and Lil Baby. What I’m about to say is gonna sound a little crazy, but it’s true so don’t flame me. Y’all all would have got your awards if they never framed me,” rapped Tory Lanez on Hot 97.

Megan Thee Stallion won numerous music industry awards in 2020 and 2021, including three Grammys. Some critics believed DaBaby, Roddy Ricch, and Lil Baby were more deserving than the “Savage” hitmaker in certain categories. However, all four acts were presented with various trophies over the last year.