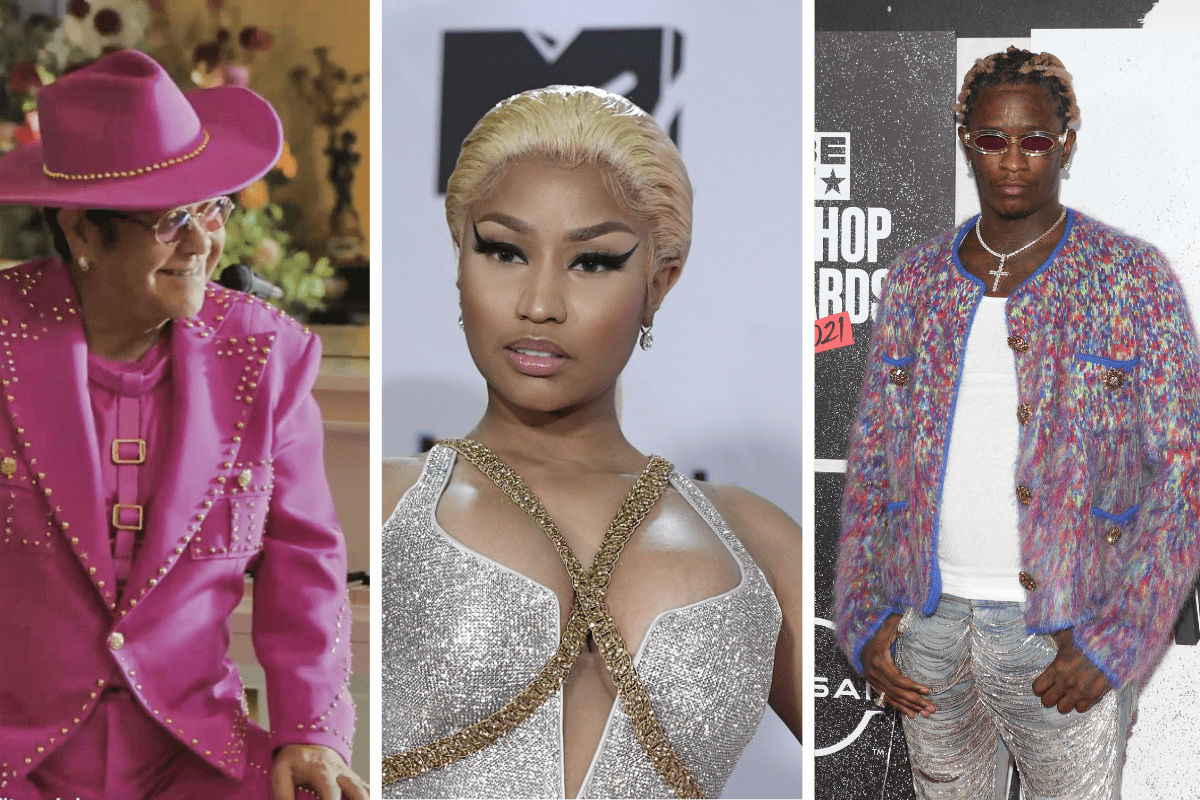 Elton John has just released his new project. One of the most anticipated guest appearances is the feature from Young Thug and Nicki Minaj! It was the collaboration nobody expected or saw coming, but when you think about it..it makes perfect sense! All three are flamboyant, incredible artists at the top of their game.

Elton John has previously spoken about working with both rappers.

“This was one of two songs I wrote the first day I spent in the studio with Andrew Watt, but it began its life as very much an Elton John song and I didn’t really like it, it needed something. And that’s what Andrew did, he chopped up the song and moved the chorus to the beginning, and put on a track that a rapper would use – it was brilliant! That’s when we got Young Thug involved. I’ve admired Young Thug for a while and he sampled one of my songs on his track, High, back in 2018 so it was great to collaborate again,” said Elton.

Speaking about Nicki’s inclusion in the song he said, “I was so pleased when Nicki agreed to do it. I’m very grateful to have such talented artists from a totally different genre to me on this album and that they’ve included me.”

Elton John also has high praise for Thugger. In a recent interview with Billboard, he spoke about the Atlanta rapper’s freestyle ability.

“I mean, I’ve seen Marshall [Mathers] do it in Detroit, but I’ve never seen someone like Thug come in and do that,” Elton explained. “In the end, I had to leave because I think he felt a bit intimidated that I was there and I just wanted him to relax. But it’s just an amazing moment in my musical life… I have no understanding of how rap records are put together and it’s fascinating to watch.”

Listen to the track below.