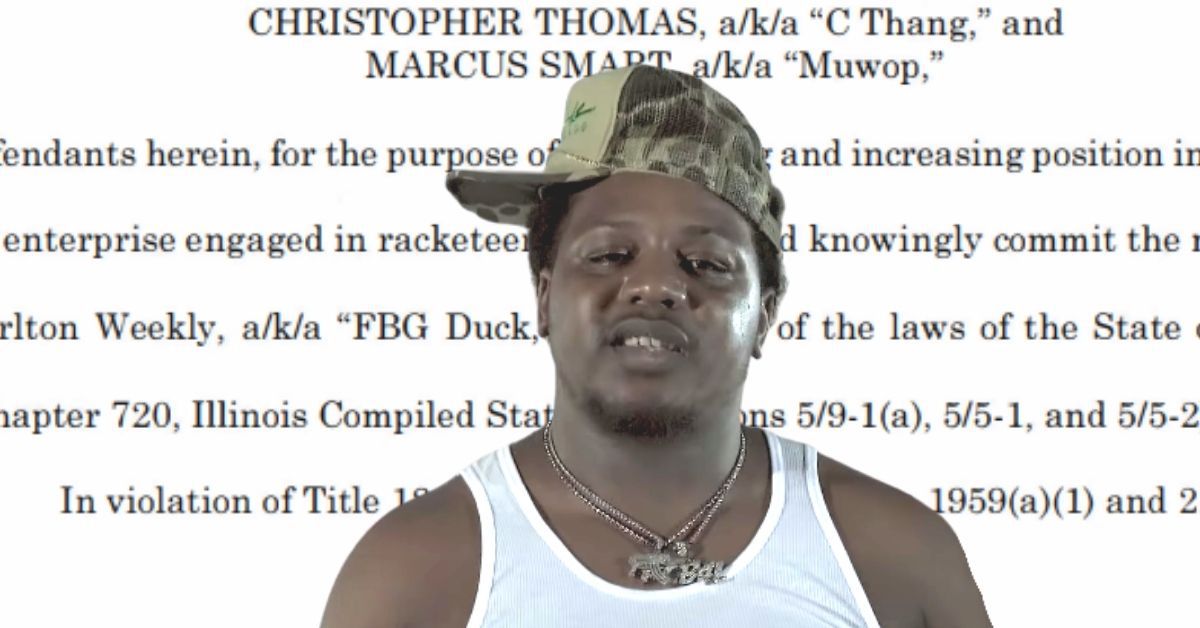 One of the five alleged gang members accused of murdering FBG Duck may have provided the Feds with all the evidence they need to convict him.

The men named in the indictment are Charles Liggins, aka “C Murda,” Kenneth Roberson, aka “Kenny Mac,” Christopher Thomas aka “C Thang,” Marcus Smart aka “Muwop,” and Tacarlos Offerd, aka “Los.”

During a detention hearing on Friday (October 15th), federal prosecutors said Los purchased a car in his name just a week before the shooting.

They claim the car was used as the lead vehicle in the shooting of FBG Duck, who was murdered on August 4th.

During the detention hearing, prosecutors said two gunmen jumped out of the car owned by Los, while two more gunmen emerged from a trailing vehicle and opened fire.

More than 38 shots were fired at FBG Duck, who was slain in broad daylight, in front of a Gold Coast clothing store as dozens of witnesses stood by.

Just two hours after the gunfire, Los returned the car to the suburban dealership where he purchased the vehicle.

According to assistant US prosecutor Jason Julien, Los was accused of lying about his employment on the financial application for the car used in the slaying.

According to an attorney representing Los, buying the car does not mean he was involved in FBG Duck’s murder.

A judge sided with federal prosecutors and ordered Los be locked up until his trial, saying he was a danger to the community.

All five men have entered not guilty please in connection to the murder of FBG Duck.

The feds believe FBG Duck’s murder was connected to various diss tracks and retaliatory shootings between members of the Tookaville faction of the Gangster Disciples and the O-Block faction of the Black Disciples.

FBG Duck released tracks like “Dead B######” dissing O-Block’s namesake Odee Perry, who was killed in 2011, and “I’m From 63rd,” which dissed King Von, who was murdered in an unrelated shooting in November of 2020.

Lil Durk’s#### song “Still Trappin'” name-checks the Tookaville gang’s namesake Shondale “Tooka” Gregory, the 15-year-old gang member who was murdered in 2012 as part of a feud between The Gangster Disciples in The Black Disciples.

Meanwhile, O-Block member Lil Reese called for the release of all five men.