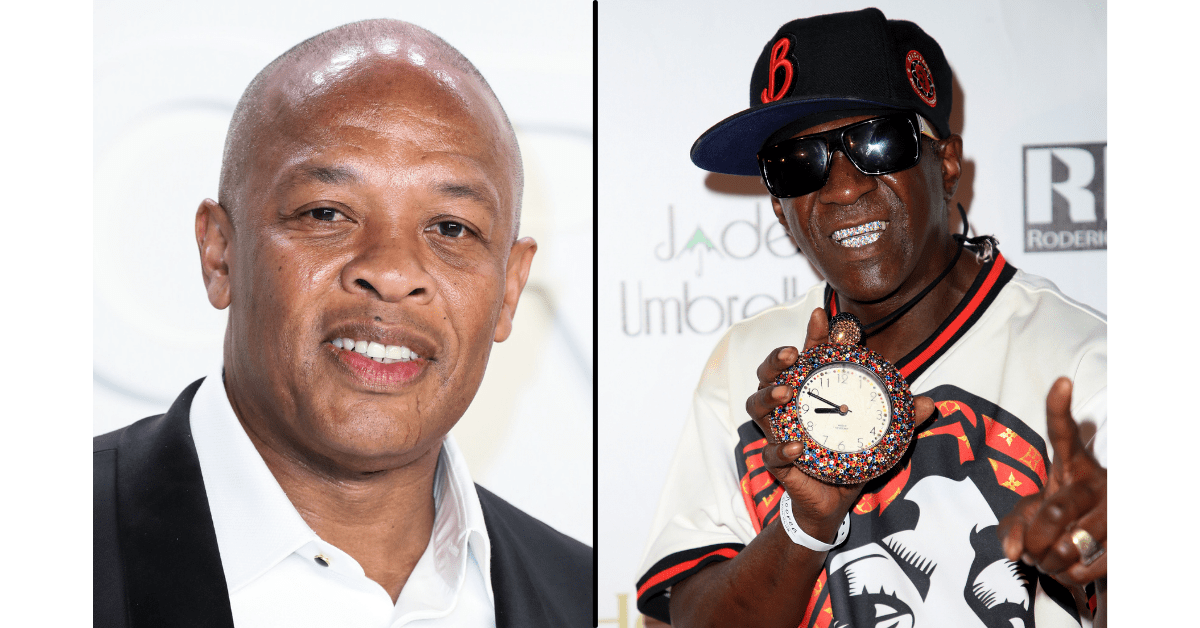 Dr. Dre has not released an album since 2015’s “Compton” and fans have been waiting for new music! Dre has been working on a project for years now, hoped by fans to be the mythical “Detox.”

The “Detox” album was first touted by Dre way back in 2002 but delayed, reportedly so he could produce for Eminem and 50 Cent. The project was eventually shelved in 2015 with Dre claiming that album sessions failed to meet his expectations.

The little known about the long-awaited album comes from a scattering of interviews over the years, this latest titbit is no different. In an appearance on the “Wild Ride! with Steve-O” podcast, Public Enemy’s Flavor Flav shared some news of the project.

“I was just at Dr. Dre’s house a week and a half ago. One of the best people in the world, man,” he says. “Not only that but I’m honored for him to have me record something at his house for his upcoming album that’s getting ready to come out. That’s big to me, man. C’mon. Flavor Flav on a Dr. Dre album? Man. Word. That’s big to me, bro.”

2021 has seen Dre suffer a brain aneurysm in January and a high-profile divorce from wife Nicole Young. Once released from the hospital, Dre hopped quickly back into the studio to record. Collaborator and fellow producer, Dem Jointz took to his Instagram to announce the news and whipped fans into a frenzy, initially captioning the post “And We Back!! #Detox21.” Curiously, the hashtag has now disappeared. And We Back!! #Detox21.”

The hit producer made headlines earlier this month after his adult daughter, LaTanya Young claimed to be homeless and launched a GoFundMe to raise money for a home for herself and her four children.