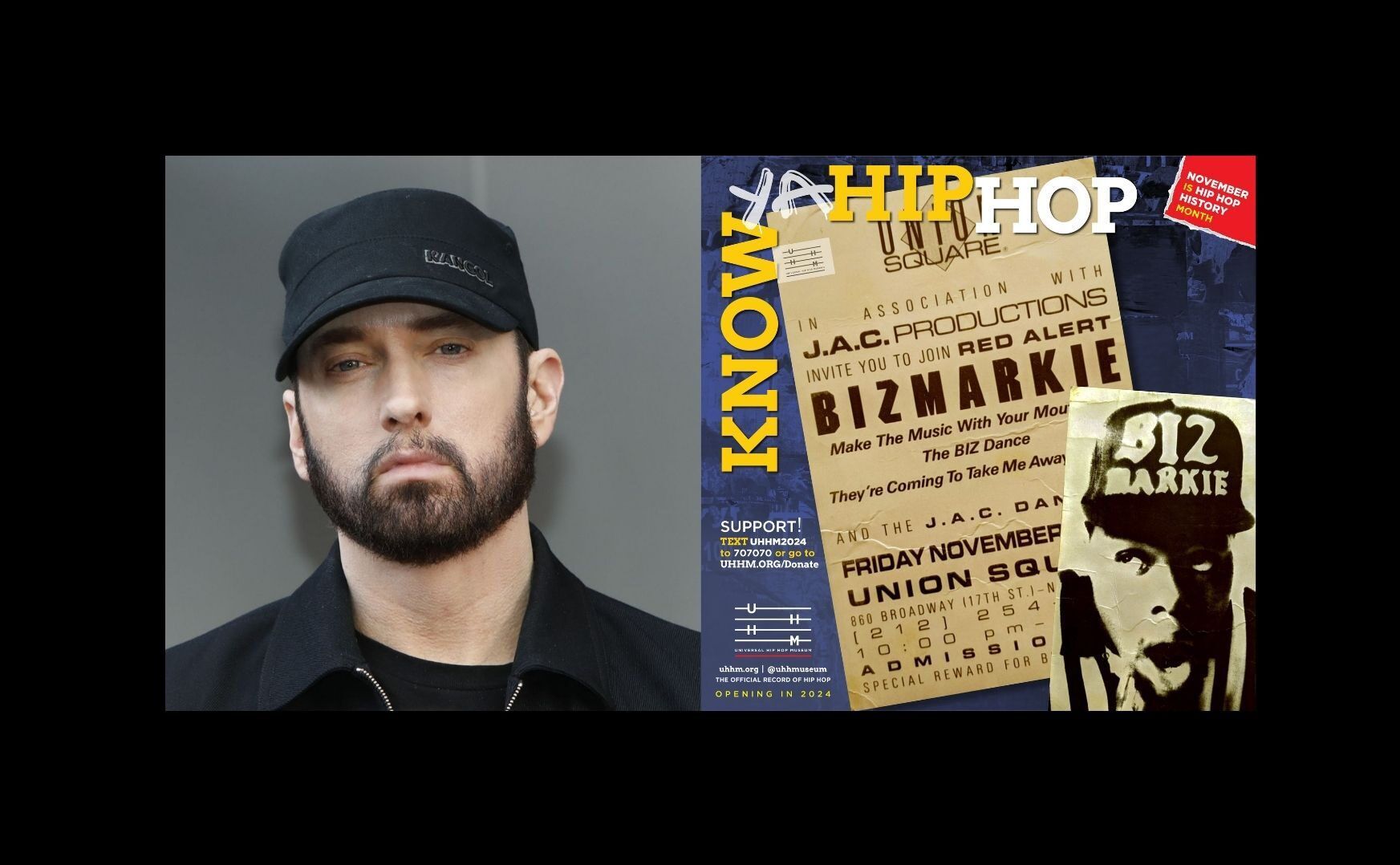 On November 7, 2021, the Universal Hip Hop Museum and AllHipHop.com are set to celebrate Hip Hop History Month by highlighting Eminem and check out a party from 1986 with Biz Markie.

Imagine being poor, white, and from Detroit — but being obsessed with rap music. Now add to that mix that you think you can move your obsession into a career. That’s exactly the space that former battle rapper Eminem found himself in growing up. Proving that hard work and real talent can cross color lines and cultural biases.

In addition to Slim Shady getting on, landing on the top of the charts almost every time he releases a project, and making history as the first rap artist to go diamond twice, he also is a real student of his craft.

Check all the times he hopped on a beat with a Jay-Z or a Nas and arguably bested most people’s best emcee.

Kool DJ Red Alert, one of the founding fathers of Hip Hop music and culture, went on to achieve the record for the most guest appearances among all Hip Hop artists and personalities in the history of the music video.